Theatre and performance in Victoria

Find information about theatrical performers, performances, theatre companies and venues. Includes everything from drama, opera and dance to circus, puppetry and readings. 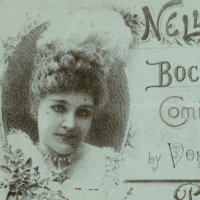 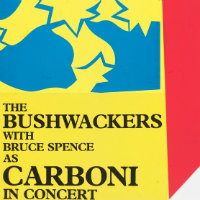 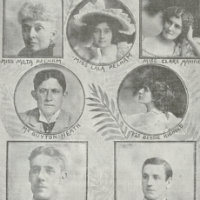 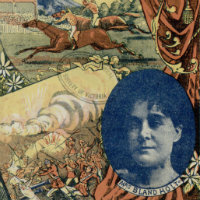 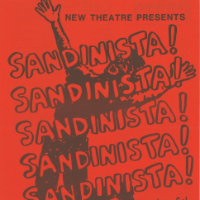 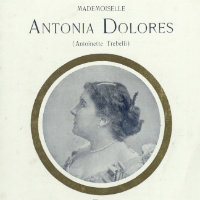 You can find them by searching

If you are interested in looking at theatre programmes, start by searching the catalogue using the name of the performer. For example, type in robyn archer or barry humphries. To limit your search add the words theatre programme to the search box.

Programmes are catalogued at file level rather than item level. This means that when you request a file you may find it contains a number of programmes and publicity material covering productions that were performed over a number of years.

Request files at the Ask A Librarian information desk, or phone 03 8664 7002. Files are delivered to our Heritage Collections Reading Room.

Newspapers are a very useful source of information. They may contain articles, interviews, photographs, reviews and advertisements for performances.  Performers are often mentioned. Our research guides, How to find newspapers and How to find items in newspapers will help you navigate our large collection. The guides cover both historical and current newspapers.

Daily newspapers such as the Melbourne-based, The Argus, The Age, The Sun and The Herald all carried theatrical information. You should also check local suburban and rural newspapers for smaller events.

Some newspapers or magazines specialised in theatrical news. We have compiled lists of these publications that are in State Library Victoria's La Trobe Collection. These lists are available below. Generally these newspapers and magazines are not indexed, so you will need to browse the time period relevant to your research. One rare Victorian theatre newspaper, The thespian: a journal of amusement (circa 1884-1886), is only held by the State Library of New South Wales.

The Periodicals Index references articles in a variety of Victorian magazines circa 1850s - 1930s. Look for references under the headings 'Theatre', 'Opera', 'Musicians', 'Singers', 'Woman singers', 'Woman playwrights', 'Woman producers' and 'Woman dancers'. You can find the index in the Arts Reading Room.

Indexes briefly list the contents of resources that are usually printed or on microfilm. Items that are indexed include things like interviews and obituaries.

Search the online Australiana index for references to performers in magazines, books and newspapers and our in-house biographical files. Search for a reference under the family name of the person.

Also find references to performers on our Biographical index. It is not available online but you will find it on microfiche in the Library's Newspaper & Family History Room. Among the names you will find listed are Melbourne pianist, Percy Grainger, living statue Pansy 'La Milo' Montague, and University of Melbourne professor and conductor, George Marshall-Hall. 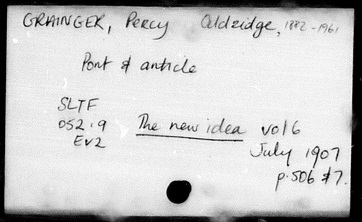 For example, this index entry indicates that there is an article about Percy Grainger (featuring a portrait) in an issue of New Idea from July 1907, pages 506 and 507.

AusStage is a directory of Australian performing arts. It is not exhaustive but it lists the names of performers as well as the locations and dates of performances. It includes some references to reviews.

Performers are often mentioned in reviews. You will find contemporary reviews in blogs like Theatre Notes (2004-2012). Independent commentary is provided here by Alison Croggon. She was the Melbourne theatre critic for The Australian newspaper until 2010.

Search the Library's catalogue by personal name, company name or name of performance to find digitised images of many actors. An example of what you'll find is this digitised album of portraits of Australian actors and actresses who were active circa 1880 to circa 1900.

If you're interested in performers of early variety theatre, check the information in the Australian Variety Theatre Archive.

Did the performer study at the University of Melbourne? You can search the university's Student Theatre Archive by name.

Search for information about performers in Trove. It now includes many of the resources originally found in Music Australia which was also hosted by the National Library of Australia.

Try the Australian dictionary of biography for concise information about a range of performers and other theatre-related personnel.

The CD-ROM Genealogical database of Australia's travelling showpeople is in the Library's collection.

Many performers are represented on YouTube. Use the box at the top of the YouTube screen to search for performers like opera singer, Marjorie Lawrence and the ensemble, Benaud Trio.

The Grainger Museum is a purpose-built, autobiographical museum of the Melbourne-born pianist and composer, Percy Grainger (1882-1961).

In the University of Melbourne Digital Repository you will find digitised theatre programmes of concerts (1892-1910) conducted by Professor George Marshall-Hall (1862-1915). 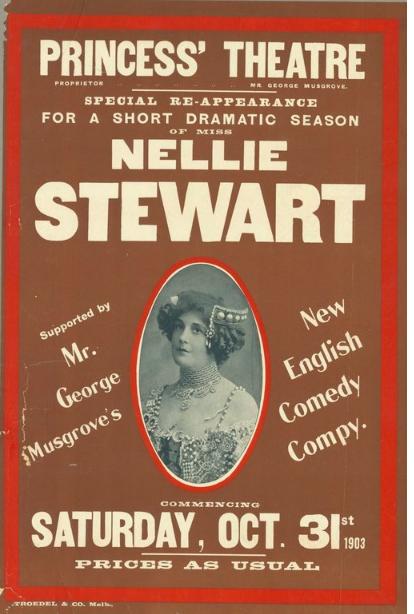 Our Magic & magicians research guide will help you to find out more about these entertaining performers.

On Stage is the newsletter published by Theatre Heritage Australia Inc. It contains a wealth of theatrical information including articles and obituaries for specific performers.

On the web site look for past issues under the heading, On stage magazine.

The contents of the newsletters can also be searched online through the Victorian History Library at Prahran Mechanics' Institute.

Pets of the public: a book of beauty, containing twenty-five portraits of favourite actresses of the Australian stage, with critical and descriptive notes (1888)