The 1803 Sorrento settlement at Sullivan Bay

The Sorrento settlement was intended to provide a British base against possible French intrusion into the recently discovered , a refuge from bad weather for sealers and a secondary settlement for the increasing number of convicts, especially Irish rebels, arriving in .

Difficulties arising from lack of fresh water, poor soil and timber, together with conflict with the local Aboriginal population, led to Collins recommending that he move to the in , and receiving permission, he left in two shiploads on 30 January and .

Original documents relating to the Sorrento settlement edited by Richard Cotter and published by the Friends of the Collins Settlement, Sorrento:

In 1826 concern over possible French ambitions in the region prompted the Colonial Office in England to instruct Governor Darling in NSW to establish a settlement at Western Port, with convicts to supply a labour force and pave the way for future settlers.

This resulted in the second abortive official attempt at settling the coast of Port Phillip as misleading information regarding the correct location of the proposed site meant that the surrounding area was not as favourable as first believed.

This, together with the realisation that fears concerning the intentions of the French were unfounded, led to the abandonment of the settlement soon after. For further information see:

The Library's ergo website provides students with information about formative events in Victoria's history and includes provide useful overviews of the 1803 Sorrento and 1826 Western Port settlements: 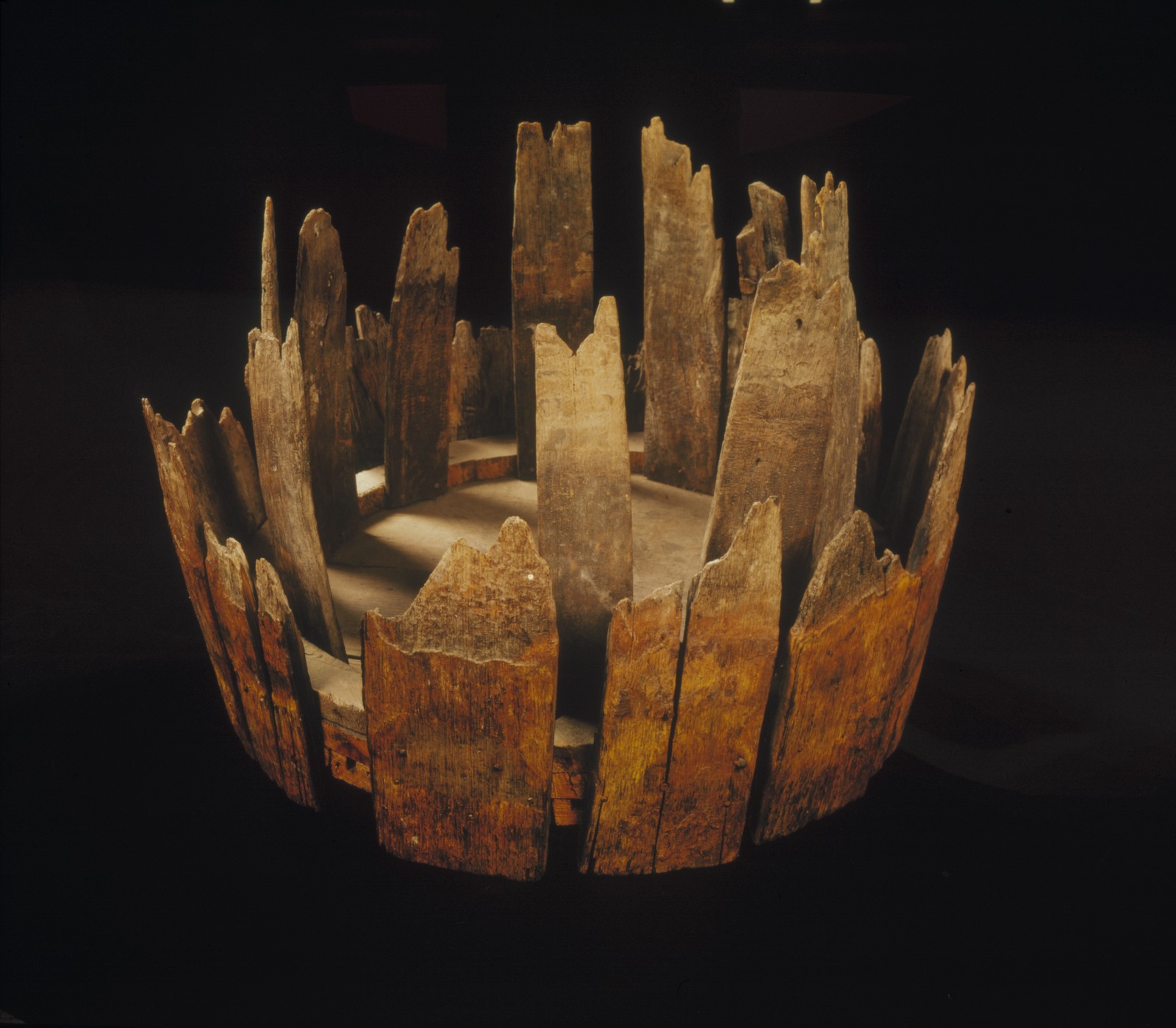 Barrel from first settlement at Sullivan Bay, Sorrento ca 1803; H12524. This barrel was one of those sunk into sand just above high water mark to collect water which was brackish but drinkable.