Before you start exploring overseas genealogy collections we recommend that you try and locate the immigration and naturalisation records for each ancestor who emigrated to Australia. As well as providing information on when they arrived in Australia, these records often include such important details as their country of origin, date and place of birth, employment history and names of parents. Knowing their birthplace and parents' names will be incredibly valuable when it comes to researching the previous branch of your family tree.

Records of migration to and from Victoria after 1923 are held by the National Archives of Australia (Melbourne & other offices). Some earlier records are also held by the Archives.

Inwards passenger lists for the port of Melbourne for 1924–64 are available on microfilm at the National Archives. For inwards lists later than 1964 and outwards passenger lists, you will need to search the original records. From the 1960s, cards filled in by the passengers increasingly replaced lists, especially for those arriving by air. Contact the National Archives for more information about accessing these records.

Migrant selection documents are the documents completed by or for migrants applying to migrate to Australia under one of the many assisted passage schemes that came into place after World War II, including those for resettlement of refugees and displaced persons. Records for assisted migrants who arrived in Australia before World War II may be held by the State Government archives for the state of arrival. The National Archives has a useful research guide on immigration to Australia, 1901-39.

Migrant selection documents vary in the amount of detail they provide, but they usually include name, address, place and date of birth, gender, marital status and nationality. Other details may include physical description, occupation, education, proposed employment and names of other family members, as well as health checks and photographs.

The Immigration Photographic Archive features more than 20,000 photographs of migrants who arrived in Australia from all over the world after World War II. You, or someone you know, could be among them.

Resources at the State Library of Victoria

How did they get here? Arrivals after 1924
This book provides step by step advice for finding passenger records, both for arrivals in Australia, and departures from overseas. It refers to both free and pay-per-view online sources, and to original records.

Australian immigration and shipping records were state based until 1923 when the Australian Government assumed responsibility for passenger arrivals and departures.

Other states and territories:

During both world wars, in the interests of national security, 'aliens' (meaning residents who were not native-born or naturalised) had restrictions placed on them.

All aliens entering or residing in Australia had to be registered and report all changes of name, address, job or marital status.

Alien registration forms may include information on the ship and date of arrival, date and place of birth, occupation, marital status, a physical description or photograph, and addresses in Australia.

If you are looking for information on a specific ship, please consult the Library's Ships and Shipping research guide. 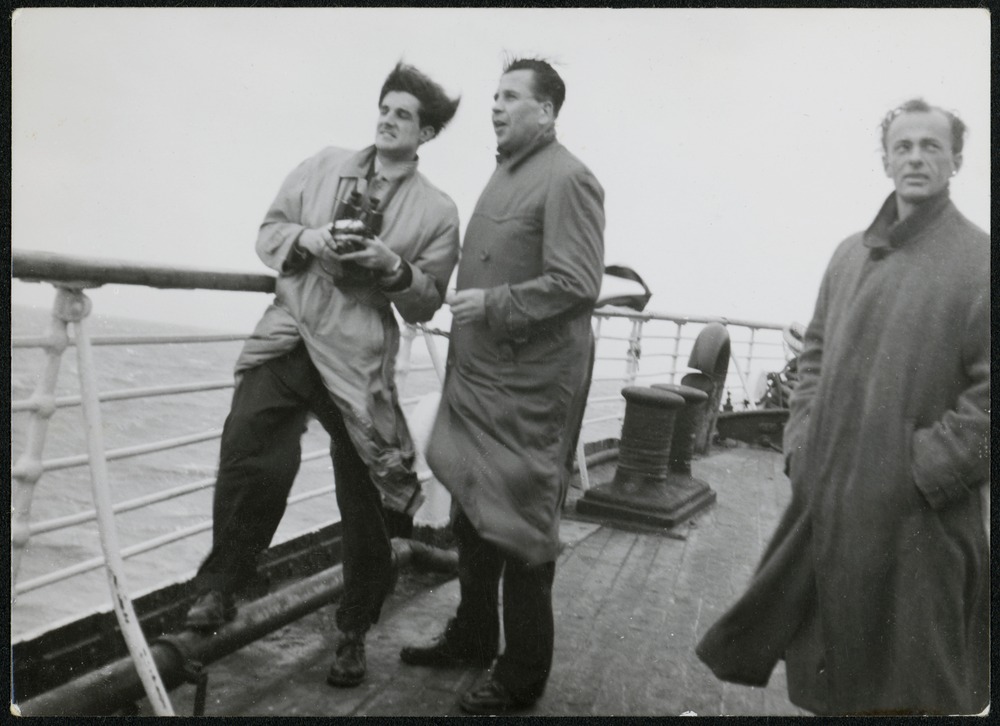