The following steps outline an effective strategy for researching your family history.

As you begin your research we suggest that you consider your approach as finding information on a person, performing a particular activity in a specific place and time. This is a very useful way of thinking that will help you to focus on your task and research more efficiently.

Before you begin researching your overseas ancestors we recommend that you complete the Australian part of your family tree first. This means starting with yourself and working backwards systematically one generation at a time to your parents, grandparents and so on.

Be sure to write down everything you already know including details of marriages, births, deaths, occupations etc. To find out more about accessing Australian resources take a look at our Researching your Victorian ancestors research guide. It provides detailed information on the main genealogy resources available at the State Library of Victoria and at other Australian agencies.

Use a pedigree chart to document your findings in the appropriate place and to show relationships between family members. Fill in what you know about your ancestors including key dates, events, relationships etc. Or consider using a drop-line chart to show the descendants of a given person or couple.

You can download or print a simple pedigree and drop-line chart below.

Talk to your relatives

Talk to as many relatives as possible and ask them questions about their lives, their ancestors and other relations. It's a good idea to compile a list of questions beforehand - to keep you on track. Your relatives may all have different stories to tell so write down or record everything they say and be sure to always verify the facts by using official sources.

For information on how to record and preserve your family interviews take a look at some of the oral history titles held here in the Library.

We also suggest that you make copies of any relevant family items that they may own including family photographs, diaries, letters, wills, bibles and birth, marriage and death certificates.

Pay attention to the migrant generation

As you research your family we recommend that you pay particular attention to the generation of ancestors who migrated to Australia. Use immigration, naturalisation and Australian marriage and death certificates to identify such important information as their original name, date and place of birth, country of origin and names of parents.

Immigration documents can be really useful for identifying your ancestors original name as many migrants anglicised their names, or had their names changed by officials, when they first arrived in Australia. Johannes Saul might have become John Saul and Fani Peters may have started life as Theofania Panayiotis. Knowing your ancestors' original names will make it much easier when you start looking for information on them in their home country.

Identifying their place of birth will help you focus on specific regional collections, once you start researching records in their country of origin. Knowing the names of parents will allow you to go back a generation and research an earlier branch of your family tree.

We also suggest you compile a list of any other relatives who emigrated to Australia - your ancestors' siblings, cousins etc. If you have no luck finding your immediate ancestor you might be able to find information on one of the other family members. You should also make a note of any other relevant information about your ancestor, such as their religion and occupation - anything that provide another avenue to research.

Use resources available in Australia

Research your ancestors using resources available in Australian libraries, archives and family history societies. You may be surprised at how much information you manage to find in Australia, before you even start to research overseas collections.

State Library Victoria has one of the largest genealogy collections in the country and the Newspapers and Family History Reading Rooms are dedicated to the study and research of family history. In this room you will find an extensive range of books, journals, eresources, and newspapers - we will look more closely at these resources elsewhere in this guide. There are also other collections in the Library that may be useful to your research, including the Manuscripts, Pictures and Australian History collections.

There are also a number of comprehensive and specialised collections available in other Australian agencies including the National Archive of Australia, Public Record Office Victoria, the Immigration Museum, the Genealogical Society of Victoria and the Australian Institute of Genealogical Studies.

From home you can access thousands of online international genealogy resources through the internet. A great site to use is Cyndi's List which lists over 300,000 genealogical websites. Go to its Categories page and browse by country or region. Further information on internet resources can be found in the eResources & websites section of this guide.

Another terrific resource that you can access from home is FamilySearch, one of the worlds largest genealogy databases. It provides access to millions of records including indexes to births, deaths and marriages, census data and church records. Many of their records have also been digitised. For details on how to access online records go to their Finding digital records on FamilySearch guide. FamilySearch also has a  Research wiki which lists information on collections relevant to individual countries including - cemeteries, civil registration offices, newspapers, church records, land and property, census records, archives and family history societies.

Libraries and archives are digitising their collections, you can read blogs, join discussion lists, watch online lectures and access a wealth of information. You can find a number of books on genealogy and the internet in our Newspapers & Family History Reading Rooms.

Click on the tabs at the top of this guide to find detailed information on the following collections which can be accessed here in Australia  - books, archives, eResources & websites, newspapers, family history societies and maps.

Analyse the documents you have gathered

When gathering documents it's important to continually evaluate what you find to ensure the relevance and accuracy of the item.

Begin by asking yourself if it a primary or secondary source?

Of the two types of sources, primary sources are generally considered to be more reliable, as the information they contain is less likely to be mis-transcribed, or not remembered correctly.

It's also important to check and cross-reference your sources, as its disappointing to have invested time and money on researching someone who turns out not to be related to you. You can find tips on how to evaluate your sources in many of the general genealogy titles in our collection and there is also an excellent information page called Evaluate the evidence page on the FamilySearch wiki.

Other documents that are also valuable include wills, letters. diaries and photographs. Wills include the names and relationships of beneficiaries, names of witnesses and details of finances, land and possessions. Letters, journals and diaries provide amazing details on an individual's life and photographs are wonderful time capsules that help put a face to a name and place a person in a social, historical and geographical context.

Explore the country of origin

Your next step is to find out more about the country your ancestors came from.

Location
Once you have identified your ancestors country of origin, use historical maps and gazetteers to identify the correct name and location of the town, city or parish at the time your ancestor lived there. Then use current maps to see if the place still exists. Boundary changes could mean it has a different name or is now in a different region or country, for example Belgium was part of The Netherlands until 1830.  It's important that you know the accurate location and name of the area as this will help you locate the correct record collections within that country. Use the map page of this guide to find print and online maps, gazetteers and atlases.

History
To gain a better understanding of your ancestral history we suggest you take the time to research the history of the country your family originated from. Explore the social, political, religious and cultural history of their region and think about how they might have lived their lives. How might wars, economic changes, political or religious turmoil have impacted on their lives and perhaps influenced their decision to emigrate.

Naming practice
Familiarise yourself with the naming conventions of your country and be aware of how these could impact on your genealogical research. These complex naming systems could mean that you find people in the same town with the same name, but who are not actually related.

Then there are the countries that used the patronymic naming system, where the name consists of the fathers given name and a prefix or suffix i.e. sen, son, sson or dotter. The name then continues to change with each generation. This system was used in Sweden until 1901, where you would find that Erik Magnusson literally meant  "Erik, the son of Magnus" and Anna Magnusdotter was literally, "Anna the daughter of Magnus."

Go to the FamilySearch wiki and select a country to find detailed information on personal names and the naming practice used within that country.

Language
At some stage you will encounter language, handwriting or script barriers. You may need to translate records that have been written in another language or are handwritten. You may decide to use a foreign language search engine or some other resource published in another language. Or when contacting overseas agencies and repositories you will be required to write emails and letters in another language To help you overcome these language barriers we have included a selection of online resources on our eResources & websites page.

Once you have exhausted Australian collections you can begin exploring the record collections held in the countries where you ancestors lived.

In the Family History & Newspaper room you will find a selection of guide books that outline the genealogical resources available for specific countries. There are also countless websites that focus on researching overseas collections. Use these resources to identify what record collections exist for the country you are researching and determine what period they cover and how you can access them. If you already know the town where you ancestors lived, you should also try and identify the location of archive records for that particular place.

Further information on how to locate and access international records can be found in the Overseas resources section of this research guide.

Throughout this entire research process we recommend that you record all the information you have gathered - birth dates, places, occupations, relationships, addresses etc. Include the source of the information and make sure it's very specific so you can locate it again if required.

Start a file for each person and each family that you research and include copies of all the charts, certificates and documents that you have found. Some researchers use family history software to store their records and there are many online products now available. You can find further information on the range of software available on the Victorian GUM Inc website. 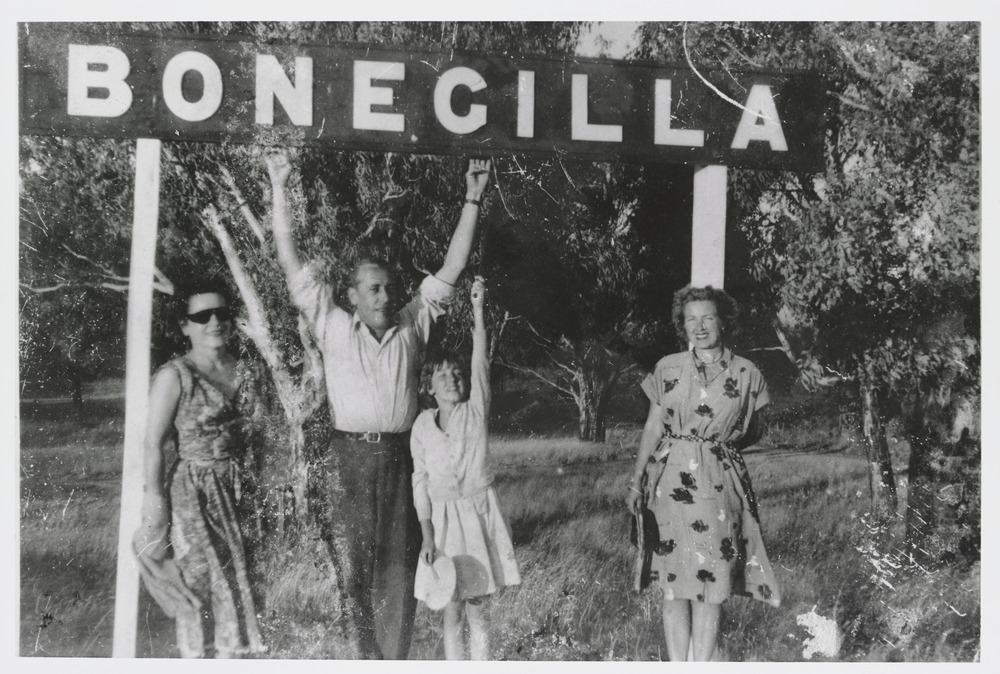