Victoria in story, memory, and the imagination. A guide to stories and works about Victoria and Victorians in fiction, personal narratives and non fiction works.

Sarah Matthews
Contact:
Contact me via our online reference service citing my name and the title of this guide
Subjects: Maps, Maps - Australian 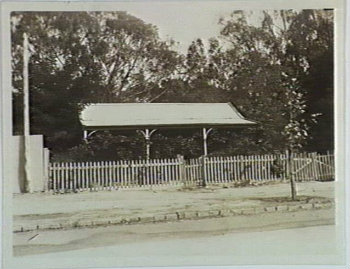 When author Joseph Furphy returned to Shepparton from the Riverina, he lived in a house in Welsford Street, the back of which faced the River Goulburn. Here, in a small room at the front right of the picture he wrote his book Such is Life.

You can read more about the places where our writers lived, worked, drank and are buried in the Oxford Literary Guide to Australia.

Victoria is home to a burgeoning number of literary prizes and awards, including the following:

Founded in 2007, the Calibre Prize is one of the world’s leading prizes for a new non-fiction essay.

Named after Ellen Davitt, the author of Australia’s first mystery novel, Force and Fraud, the Davitt awards are presented annually by Sisters in Crime in recognition of the best crime books by Australian women.

The Dromkeen Medal is awarded annually to an Australian resident for outstanding achievement in the creation of Australian children's and young adult literature.

Annual awards established to support the talent and creativity of unpublished writers living in Victoria.

An annual prize awarded by Readings bookstore to an outstanding new work of published fiction.

To find out more about these awards, as well as other competitions and fellowships offered to Victorian writers, visit the Writers' Victoria website.

Victoria has a long and proud literary history. In 2008, Melbourne became only the second city in the world, after Edinburgh, to receive designation as a City of Literature within UNESCO's Creative Cities Network.

This guide will help you find literary works with a Victorian theme, from fiction and drama, to poetry, personal narratives and nonfiction works, dating from pre-settlement days up until today.

Use the tabs across the top of the page to find information about specific areas or browse the Melbourne poetry map -  a series of eight poetry walks through the Melbourne central business district. 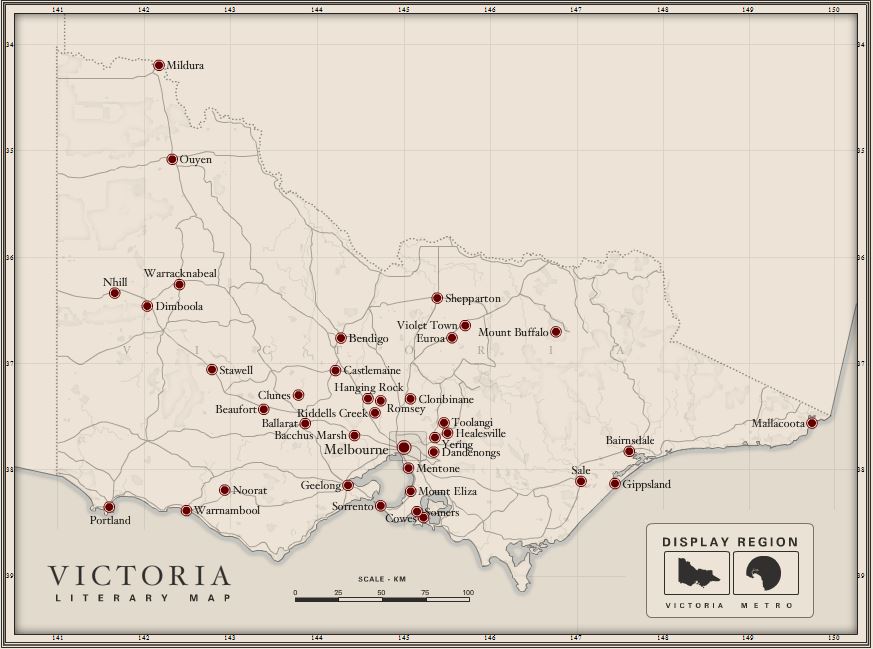 You can find more literary maps of Victoria in our Maps collection. The Library's map collection is held in storage and can be viewed by contacting Library staff to arrange an appointment in the Heritage Collections Reading Room.

Features extended interviews and major features from the Australian Book Review magazine, such as essays, reviews, and short stories, recorded and discussed by their authors.Each episode focuses on a different subject or author.

Bibliotherapy with State Library Victoria is a free, facilitated self-reflective approach, using stories and poems read aloud over a series of podcasts, to give everyone access to literature's healing power. 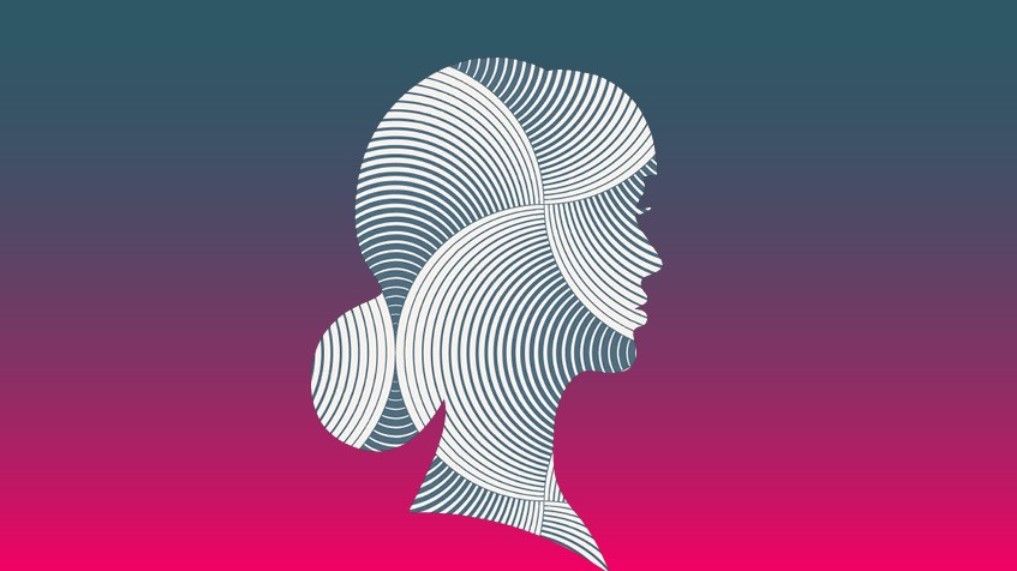 The Bookshelf is a Radio National podcast for dedicated readers and those who wished they read more.

Longform intimate conversations with writers, with a focus on discovering what has shaped their work and what drives them to tell their stories.

Reading recommendations and chatter about books we think you’ll love, hosted by Bern and Louise from Melbourne Library Service.

Catch up with Melbourne identities as they share what they would read on their desert island, hosted by Natalie Mason. ​From page-turners to poetry, guests reveal their reading habits, favourite books and a few surprises along the way. Guests well-known Melbourne writers such as Benjamin Law, Jane Harper, Robyn Annear and Marieke Hardy.

Hosted by authors Kate Mildenhall (Skylarking, The Mother Fault) and Katherine Collette (The Helpline), the First Time Podcast is part reality show, part writers’ master class – a podcast about the the first time you publish a book.

Alisa, Alex and Tansy bring you speculative fiction news, reading notes and chat from the galactic suburbs of Australia.

The garrett: writers on writing

Recorded at State Library Victoria, The Garret: writers on writing podcast celebrates writers and writing, with in-depth interviews from Australia's most successful authors.

The Book Show brings you in-depth conversations with the best fiction writers from Australia and around the world.

Established in 2013 and redeveloped into an hour-long format in 2014, the Kill Your Darlings podcast features ‘interviews, readings and discussions about books, culture and the arts in Australia and beyond’.

Missed out on a session at this year's digital MWF? Want to relive a favourite Festival moment?  You can now listen to new recordings from the 2020 festival on the MWF Digital podcast.

Hosted by Adele Walsh and Kelly Gardiner, Unladylike is a podcast about women and writing, featuring a rich array of women and non-binary writers, editors, publishers and bookish types, so you’ll hear new voices in every episode. 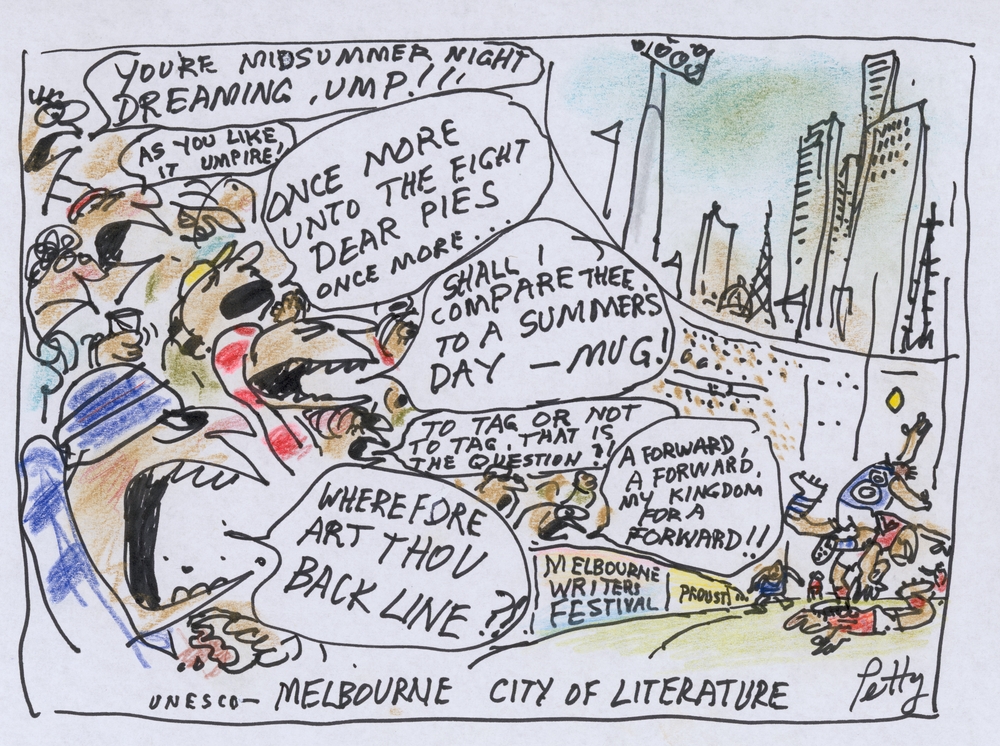 UNESCO - Melbourne City of Literature. Cartoon by Bruce Petty. This work is in copyright; H2009.27

The Melbourne Writers Festival (MWF) for 2022 brought you some of the world’s essential literary voices to you via video, from Pulitzer winners to exhilarating debut authors to the most talked-about novelists of the year.

If you missed the digital events this year, you can still read about featured books and authors on the MWF website, or watch the Writers on Film documentary that maps the creative lives of local authors Jennifer Down, Sophie Cunningham and Tony Birch online.

Signposts: stories for our fragile times

Signposts: stories for our fragile times is a new web series presented in partnership with The University of Melbourne’s Faculty of Arts.

Join award-winning author Alexis Wright as she talks to some of Australia’s finest storytellers, including Nicholas Jose, Peter Carey, Melissa Lucashenko and Christos Tsiolkas, about catastrophe, resilience and hope.

The Emerging Writers’ Festival (EWF) is one of Australia’s most established and well-respected literary festivals. The festival aims to develop, nurture and promote Australia’s new writing talent, creating platforms for connecting writing communities and their audiences.

Sadly, the festival is over for this year, but if you missed out, you might like to listen to the Vignettes podcast, available on their website. 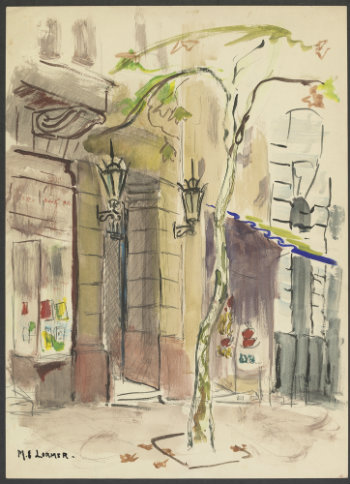 Association for the Study of Australian Literature (ASAL)

Literary Listings is a website dedicated to showcasing the vibrant literary culture in Melbourne, and greater Victoria. Literary Listings predominantly features Melbourne and regional Victorian based writers festivals, bookshop and library events. Given many festivals now afford the community online access, also included on this website is a concise list of national literary events.

Explore Melbourne's unique literary culture and catch up with all the latest events in Melbourne's literary calendar on the website of the City of Literature Office.

The Melbourne Poetry Map is a series of eight poetry walks through the Melbourne central business district.

A literary and publishing centre founded as part of Melbourne's bid to become a UNESCO City of Literature. Opened in 2010, the centre is housed in the southern wing of the State Library of Victoria

For more than two decades, Writers Victoria has been a leading provider of information, resources and skills development for its members and the broader writing community. 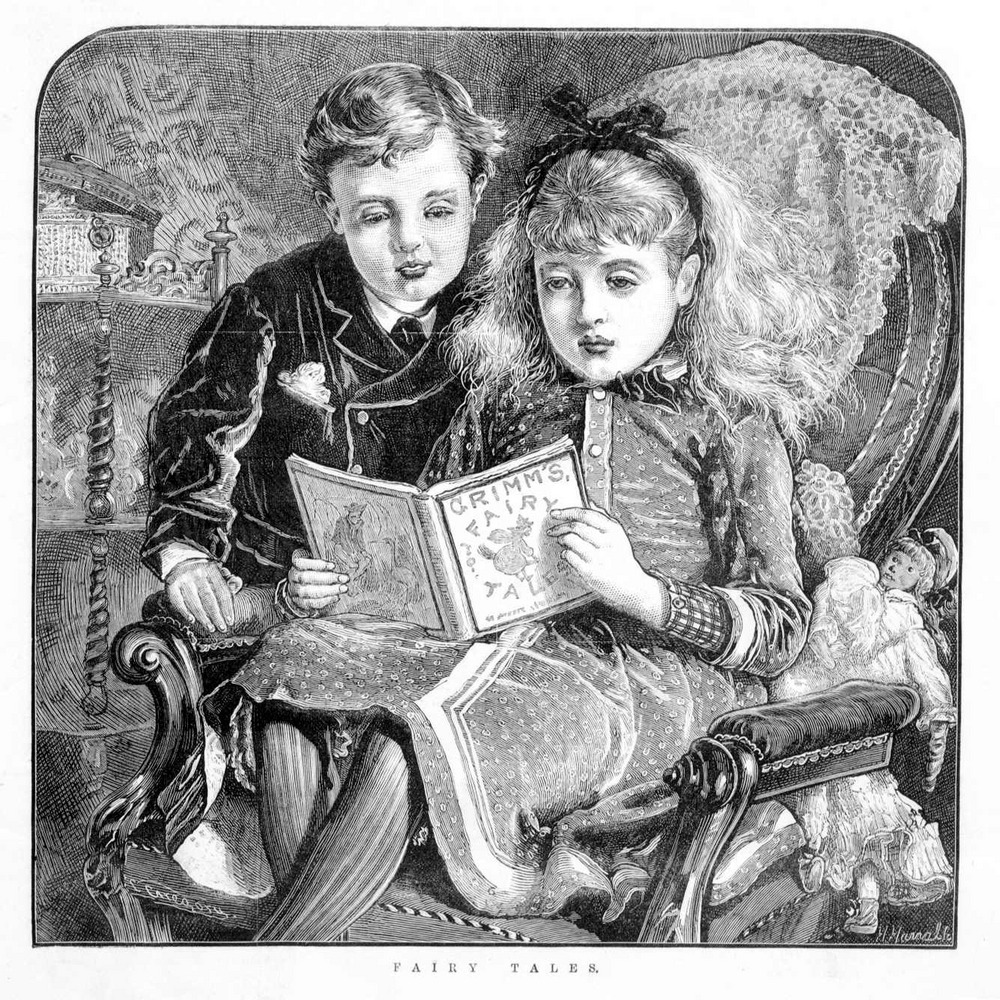