What information can I find?

Metropolitan, country and local newspapers may include reports about a legal case, particularly if it:

Newspapers are sometimes the only publicly available record of a court case, especially for:

If the case related to a relatively minor crime or court appearance (for example, burglary or insolvency) then it is less likely to be reported in metropolitan newspapers. It may be reported on in local newspapers.

Many newspapers are not indexed, which means that you will need either the date the crime was committed, or the date/s the trial was conducted and the verdict reached, in order to find relevant articles.

Some newspapers have been indexed or have search facilities - the following resources can be used to find reports about cases in newspapers:

Our How to find newspapers guide lists online newspaper resources, including websites, and eresources that the Library subscribes to. Many of these eresources can be accessed online from home for free (you will need to be a Victorian resident and have a State Library barcode). Many historic newspapers are available to view for free online.

Articles dating from September 1996 to today are available in the ProQuest Australia & New Zealand Newsstream database.
You can search the full text of most articles. You can access this database at the Library, or at home if you are a registered Victorian library user.

The Age Digital Editions from 2006 to today are available at the Library, or at home if you are a registered Victorian library user.

Digitised copies of The Age dating from 1854 to 1954 are available to search online on Trove Newspapers.

The microfiche Agesearch index provides references to articles published between 1982 to May 1992. Each year is individually indexed, by topic.

Some earlier issues of The Age (1854 to 1989) are available on Google. You can browse or search issues (if you are searching you will need to specify that you want to search The Age, and put in a date range). The search engine only searches some of the text.

The Melbourne Argus, published from 1846-1957, was one of Melbourne's main newspapers for over one hundred years. Most of its content can be searched online. Not all of the text is fully searchable, so printed indexes (divided by topic, and sometimes name) can still be useful:

Microfilmed copies of the Argus can be found in the Library's Newspapers & Family History Reading Rooms.

Card indexes for the Herald and Sun are available for use in the Newspapers & Family History Reading Rooms. They index articles by subject, personal name and by-line (article author).

The Victorian murders list, 1949- (available online) lists murder cases in Victoria, January 1949 to July 1975. It includes name of person murdered, where the body was found, date found, who was charged with the murder, when they were charged, and sentencing details. It originates from the Herald newspaper library, which means the cases were likely to have been reported on in the Herald.

Microfilm copies of the Herald and the Sun can be found in the Library's Newspapers & Family History Reading Rooms.

The Library's Newspaper Collection is one of the largest in Australia. It has an extensive range of Victorian metropolitan, suburban and regional newspapers, as well as selected interstate and international papers.

Many newspapers are accessible in the Library's Newspapers & Family History Reading Rooms. Others are stored offsite and need to be pre-ordered for use. Search the catalogue for the newspaper title to find out how to access your newspaper of interest.

For more information about using newspapers for research, use our online research guides: 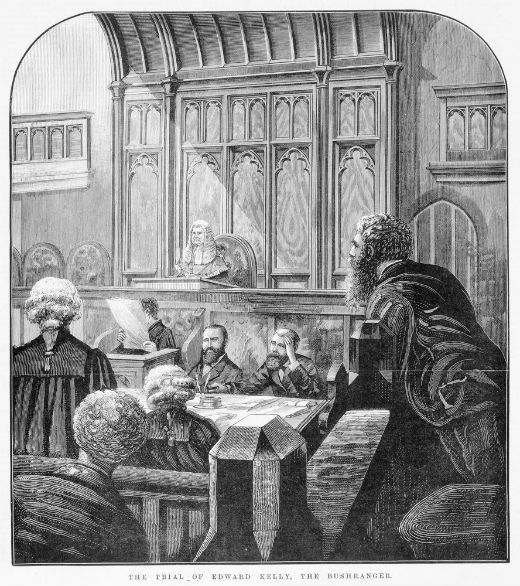 Staff at the State Library of Victoria do not offer legal advice.

Every effort is made to provide up to date, accurate and relevant legal information but this is not intended to replace qualified legal advice.