Our Library holds a number of magazines providing historical context of Australian fashion, trends and industry. 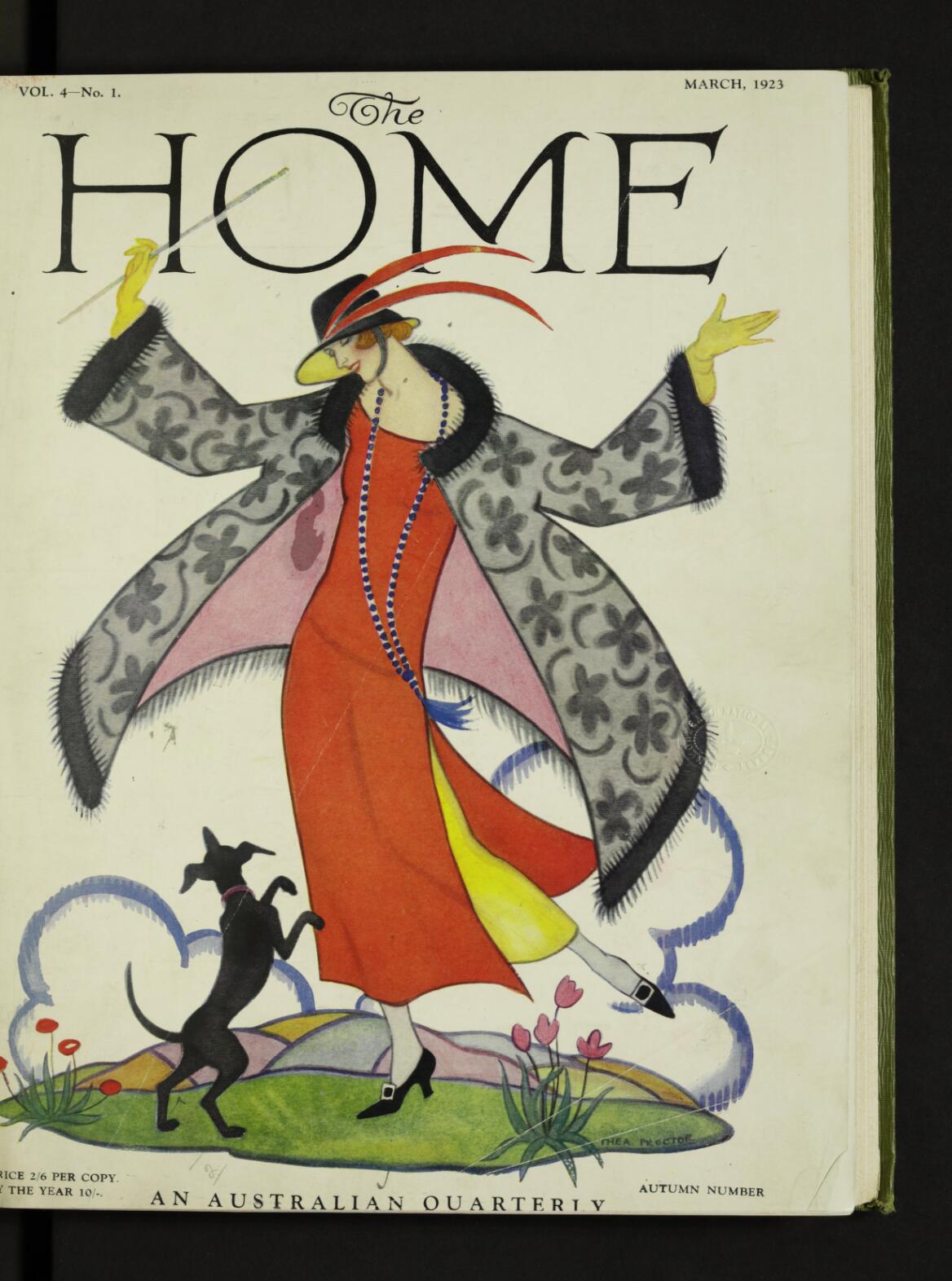 The home: an Australian quarterly - also available online via Trove

February 1920 - September 1942. The first issue featured an editor statement: "An interesting and considerable section of The Home will be dedicated to the cult of dress, and the best illustrations which art can compass will keep readers in touch with the trend of fashion and the last requirements of feminine adornment."

The Library holds every issue of the magazine from the first one published in 1933, with a front cover of fashions worn by Sydney women.

The Library holds this Melbourne fashion magazine from 1884 to 1950. See other Madame Weigel publications in our catalogue, some of them digitised and available to view online.

The Library holds Vogue Australia in print from 1960. Recent issues are available via our PressReader database.

These catalogue searches list a range of Australian fashion publications held by the Library:

Newspapers often contained fashion pages and advertisements for fashions. Try some searches of Trove digitised newspapers. Use the suggestions under the Refine your results heading at left of the screen to narrow down your search. For instance a broad search for 'fashion' can be narrowed to illustrated items from the 1920s, finding this 1922 article of new season millinery.

To search articles choose the Articles dropdown option next to the search box on our catalogue and use with keywords. For example, search for articles on the demise of iconic Warrnambool based clothing manufacturer and retailer Fletcher Jones. Electronic resources can be accessed within the Library by anyone and from home by Victorian registered Library members.

Fellow Frockery, a blog created by Kaz Cooke during her State Library Fellowship, showcases treasures and stories about what people wear and why. All posts prior to July 2015 are drawn from the Library collections. 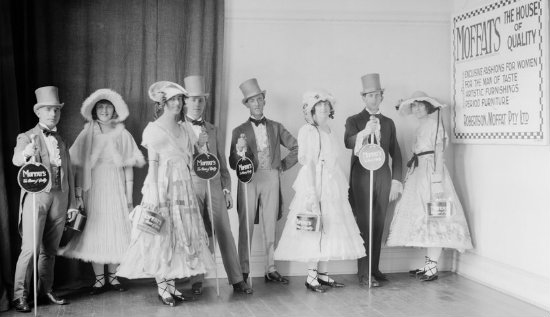 Tailors and dressmakers from Melbourne's past

Major newspapers contained advertisements from individuals and businesses (both large and small). See these examples from The Argus for tailor J. P. Jones and for the Leviathan Tailoring Company. Many historic newspapers can be searched online using the Trove website.

The Library holds directories which can be used to trace addresses for individuals and businesses. We also have biography and local history indexes listing articles about people and places. These can be searched through the online Australiana Index.

Many of our research guides offer useful advice in researching people and their business:

The Library has a large range of digitised images. Search our catalogue using keywords. Use the options on the right of the screen to further refine your search results.

Our thematic online galleries allow you to explore our images and previous exhibitions. Highlights include Rennie Ellis: Famous & infamous and Til you drop about Melbourne's shops and department stores.

Manuscript collections like the Coles Myer Archive may include images, catalogues, correspondence and ephemera.

In 1957 a convoy of eight leading Australian manufacturers and five models traveled to London, Amsterdam, Stockholm and Milan. The mission: to parade their designs and show Continental buyers that Australian garments were world-class for price and quality.

Operation Sunshine was a success, with the Australian Women's Weekly reporting designers and mannequins were "received with enthusiasm by a large audience, including members of the Press and representatives of well-known fashion houses." 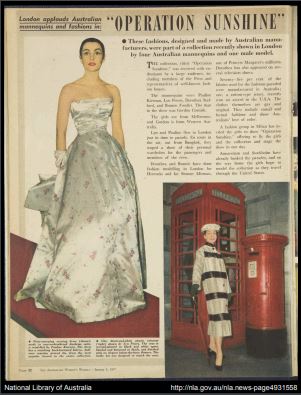