Although this guide includes many WWI resources, you can find more extensive information can be found in our Australians in World War 1 research guide.

Detailed information on the colonial forces can be found in our Australian colonial forces and family history research guide - which covers the period from the First Fleet in 1788 to the end of the South African (Boer War) in 1902.

State Library Victoria holds a rich collection of resources useful for researching military ancestors. We hold official and regimental histories of World War I and World War II. books on battles and campaigns, official and unofficial lists of army, navy and air-force officers,  enlistment and casualty registers, biographies, images, journals and newspapers. In our manuscripts collection you can find a strong collection of personal papers including war diaries, letters and photographs.

Search the Library catalogue for the name of an individual, their military unit, a place name or the name of a particular battle or campaign. Try searching for a number of keywords i.e. Kokoda campaign, Egypt nurses or RAAF Germany. By enclosing keywords in quotation marks you are ensuring that the words are searched as an exact phrase i.e."Womens Land Army" or "24th battalion"

You can also browse the following subject heading searches and add additional keywords to limit your search down.

Use the catalogue drop-down menu to limit your search to 'Pictures & photographs'. "Journals & newspaper titles" or  'Manuscripts'. 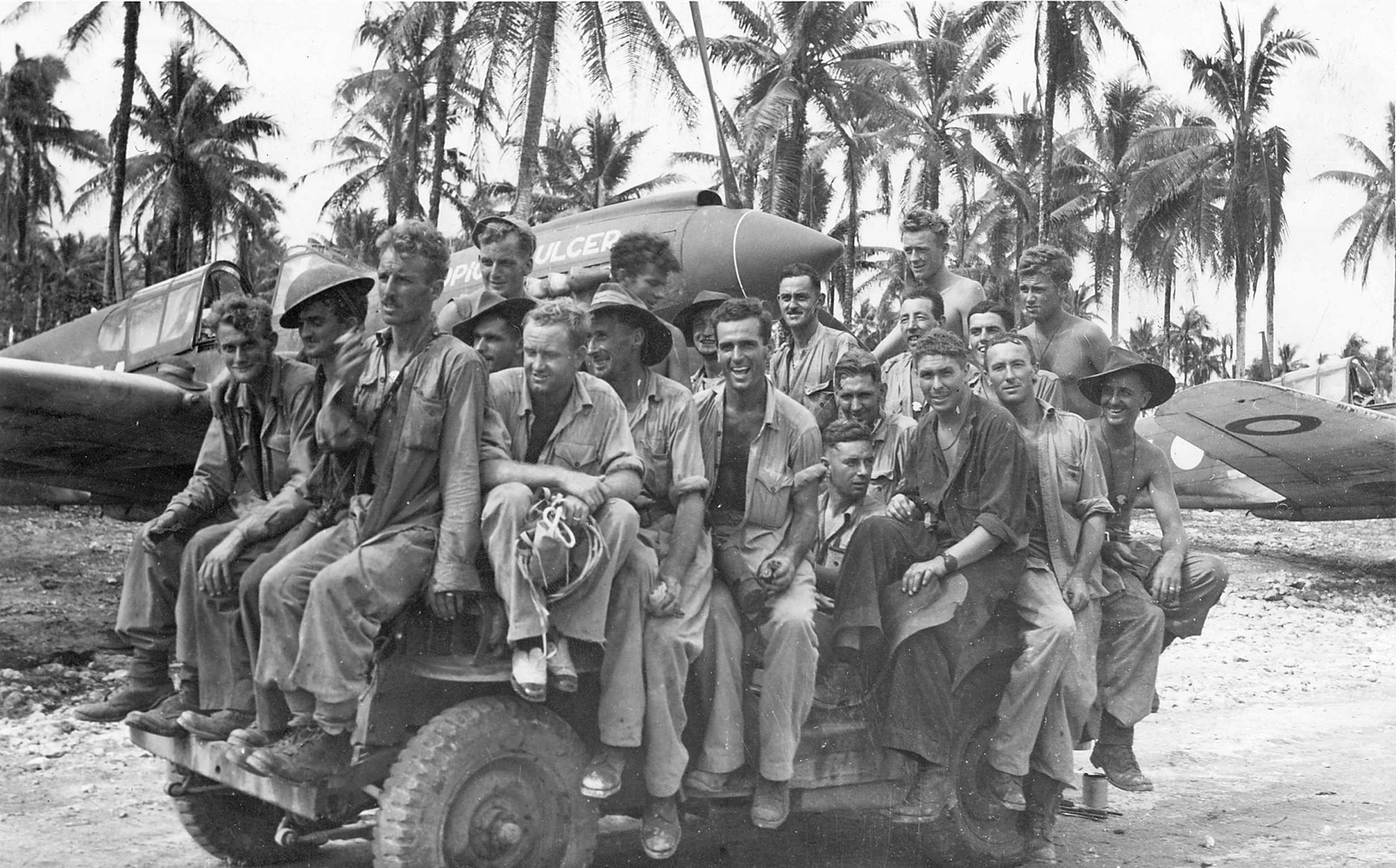 More information can found on our World War I and World War II collection pages.

Each of these records has the potential to provide valuable information about your ancestor. Details vary for each record type, but may include - name, name of next of kin, age, marital status,occupation, unit name, movements and transfers, injuries, casualty information etc.

Click on each of the tabs in this box to find more information on the relevant category of records.

Many of the resources listed are held by the National Archives of Australia (NAA), the Australian War Memorial or the Department of Defence. Please consult their websites for further information on their holdings.

Army, Navy and Air Force service records are held at the National Archives of Australia (NAA). The records include - personal details, name of next of kin, relevant dates, some medical details and the name of their unit or ship.

If the record hasn’t been digitised you can order an online copy. Select 'request copy' on the right side of the screen above the item title and follow the prompts.

You can find out more about the service records held at the NAA on their research page.

The National Archives of Australia (NAA) holds a range of records for the following post WW2 conflicts, however most of the service records for these campaigns are currently held with the Department of Defence.

To find records we recommend that you begin by searching the NAA’s  RecordSearch. If you have no success you will need to submit a request for information using their 'Defence service after World War II' enquiry form.

See the Department of Defence - Service and Personnel records page for further information.

The details of approximately 330,000 AIF personnel are listed on the First World War Embarkation Rolls - available on the Australian War Memorial website.

The rolls contain information recorded on the Attestation Forms and usually include - name, address, age (not date of birth), religion, occupation, rank, number and unit at the time of enlistment, date of enlistment, previous military service, next of kin's name and address, date of embarkation,  ship and place of embarkation. Please note that this is not a complete list of those who embarked.

At the end of the war a Nominal Roll was produced, updating the information provided on the Embarkation Roll. It provided information on the rank, unit, honours received and fate. Click on the Nominal roll tab to find holdings of these records.

Separate Embarkation rolls are not available for other conflicts. See Service records and Nominal rolls for similar information. 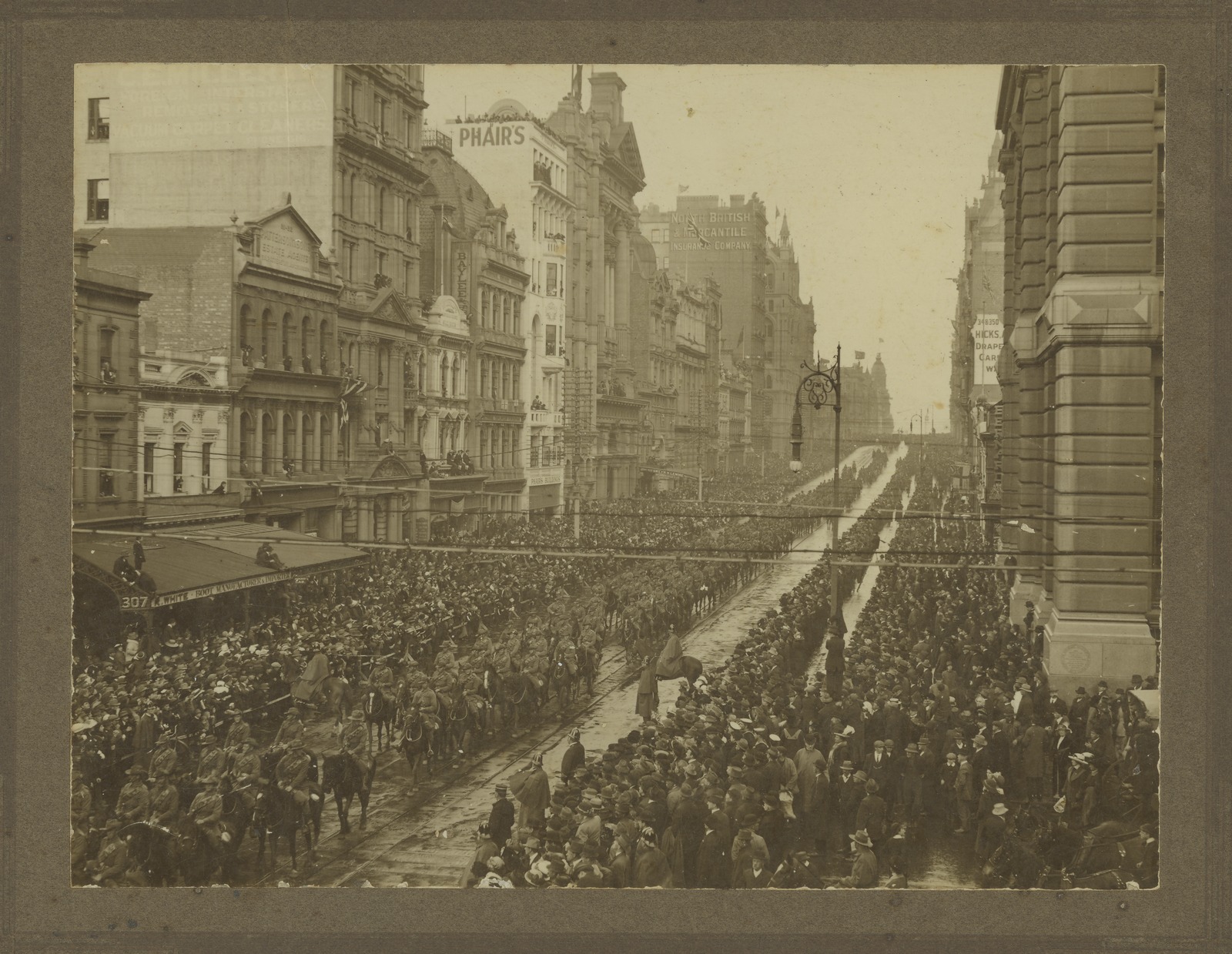 The First World War Nominal roll was recorded to assist with the repatriation of personnel to Australia from overseas service following the First World War. Details include name, service number, rank, unit, conflict/operation, enlistment date, fate and date of fate.

From World War Two onward, the Nominal roll was compiled by extracting data from original Department of Defence service records. Additional information may have been gathered from records held in the National Archives of Australia or the Australian War Memorial.
The roll provides a 'snapshot' of each individual veteran's military service.

Department of Veterans' Affairs case files, also known as repatriation files, contain medical, hospital and pension records from the time when an individual returned home, until their death.

Copies of Boer War, WWI and some WW2 DVA case files can be accessed through the National Archives of Australia.

If a record isn't listed, or hasn't been digitised you can contact the NAA using their Ask us a question online form.

For further information on WW1 medals, please go to our Australians in World War 1 research guide.

The Commonwealth War Graves Commission has  two databases related to war casualties on their website - Find War Dead  and Find Cemeteries & Memorials. You can search the databases on their website.
The databases list  the 1.7 million men and women of the Commonwealth forces who died during the two world wars and the 23,000 cemeteries, memorials and other locations worldwide where they are commemorated.  Information can also be found on the Department of Veterans' Affairs website.

The Australian government commissioned the creation of official histories for the First and Second World War, and the conflicts in Korea and South East Asia. They are an excellent source of information for researchers as they provide a detailed, chronological account of each service and conflict.

More information on WW1 Official histories can be found on our Australians in World War 1 research guide.

Digitised images of selected original war diaries, for the following conflicts, can be accessed through the Australian War Memorial website.

The NAA holds Air Force unit histories ( A9186).
To find a relevant entry to their RecordSearch page and conduct a basic search for 'RAAF unit history [unit name]'.

Some out of copyright World War I unit histories held by the State Library have also be digitised. They can be found by going to our World War 1 Unit Histories collection page.

We hold many other unit histories in our collection. Search the Library catalogue for the name of the unit or battalion.

Most of the official Defence Force records, including auxiliary services, are held at the National Archives of Australia. Click on each of the above tabs to display a list of the key records held. 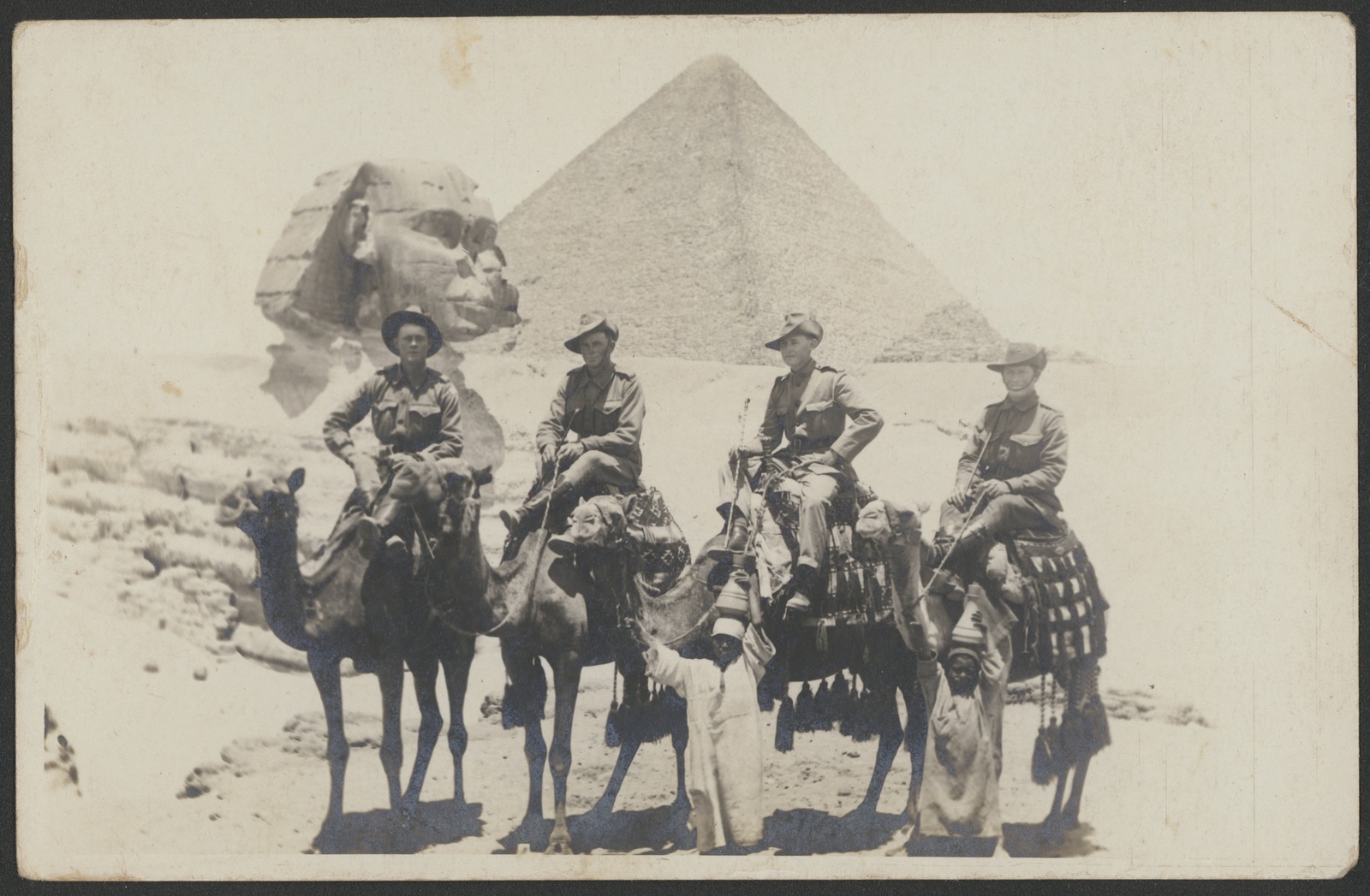 More information can be found in the following publication -

To find a record go to the NAA RecordSearch page. Select the Advanced search option, click on the Series box and enter the series number (listed above). Or try using the Name search, entering the person’s surname and selecting the relevant collection from the drop down menu

All World War 1 and many World War 2 records have been digitised. If the record hasn’t been digitised you can order an online copy. Find the relevant item then select the  'request copy' link, which appears on the right side of the screen above the item title. Follow the prompts.

More information can be found on the NAA's Defence and war service records website. If you need help locating material you can contact the NAA using their ask us a question service.

All navy service cards (series A6769 and A6770) have been digitised and and can be found via the NAA RecordSearch page. (Select the Name search option, enter the person’s surname and select Navy personnel records from the drop down menu).

Crew details can also be found in the Ships' ledgers, Her Majesty's Australian ships 1911-56 (Series A4624). To use these records effectively you will need to know the name of the vessel and the approximate period of service of the individual.

If the record hasn’t been digitised you can order an online copy. Find the relevant item then select the  'request copy' link, which appears on the right side of the screen above the item title. Follow the prompts.

More information can be found on the NAA's Royal Australian Navy website. If you need help locating material you can contact the NAA using their ask us a question service.

Records from 1970 onward are held by the Department of Defence. Please submit a 'Defence service after World War II' enquiry regarding access to specific records..

Information on the Australian Merchant Navy can be found here.

The Royal Australian Air Force (RAAF) was created in 1921.

RAAF Service records are held at the National Archives of Australia (NAA). Records relating to the Australian Flying Corps, which preceded the RAAF, are included  in the collection of first Australian Imperial Force (AIF) records.

Some of the key RAAF records held at the NAA include -

Service records can be useful for finding a person's age, next of kin, marital status, postings, training and promotion. They often contain additional information including - enlistment forms, records of leave,conduct sheets, and a photograph.

Casualty files (1922-1960) list those killed or severely wounded. They include details of the incident, reports from survivors, eye witnesses etc

Over 40,000 RAAF service records have been digitised, with more being added each week. Search for records by going to the NAA RecordSearch  page. (Select the Name search option, enter the person’s surname and select either Air Force personnel records or RAAF accident reports  (for casualty files) from the drop down menu).

If the record hasn’t been digitised you can order an online copy. Find the relevant item then select the  'request copy' link, which appears on the right side of the screen above the item title. Follow the prompts.

If you'd like to research the military history of an individual even further, take a look at the Australian War Memorial website. 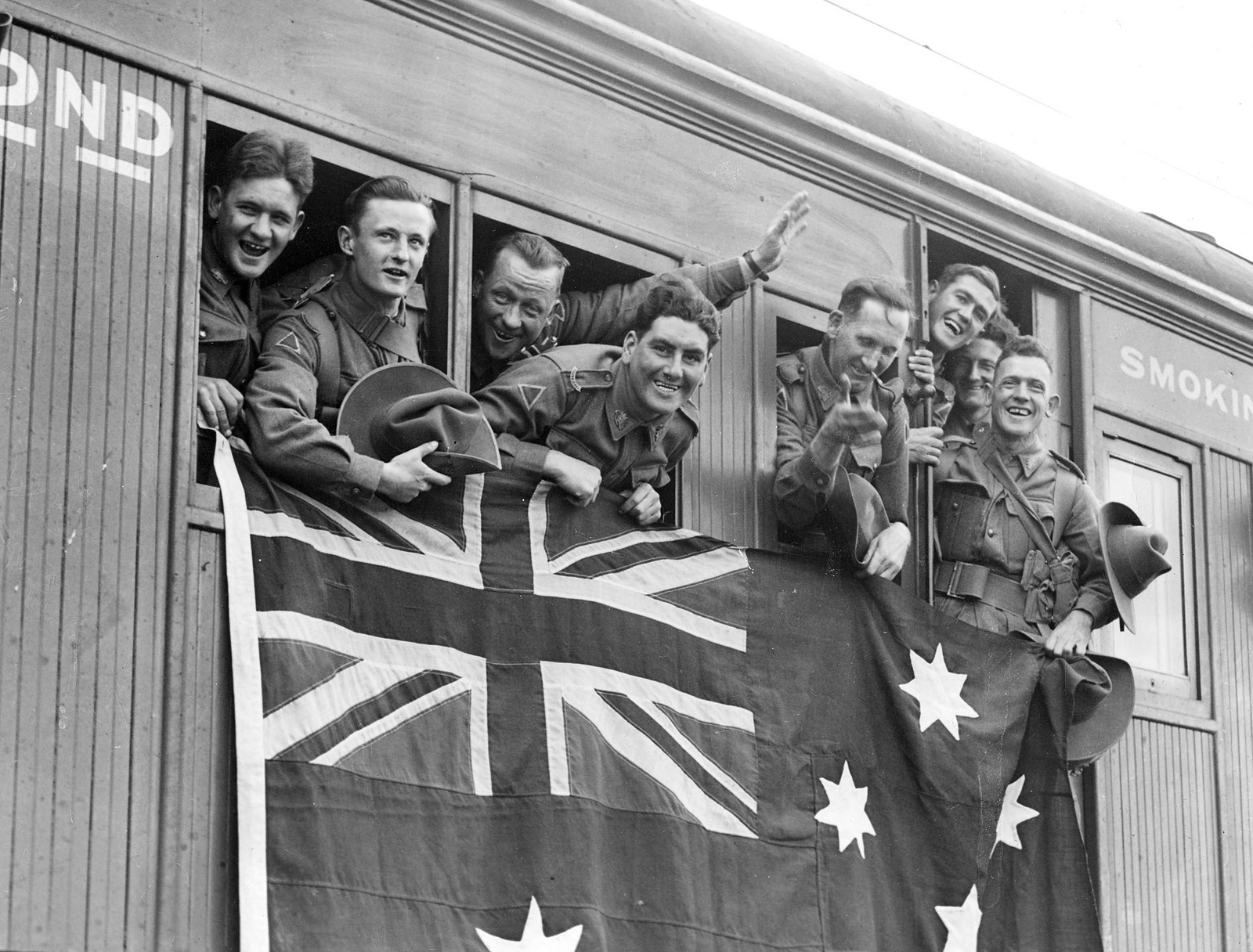 Women in the Australian Military 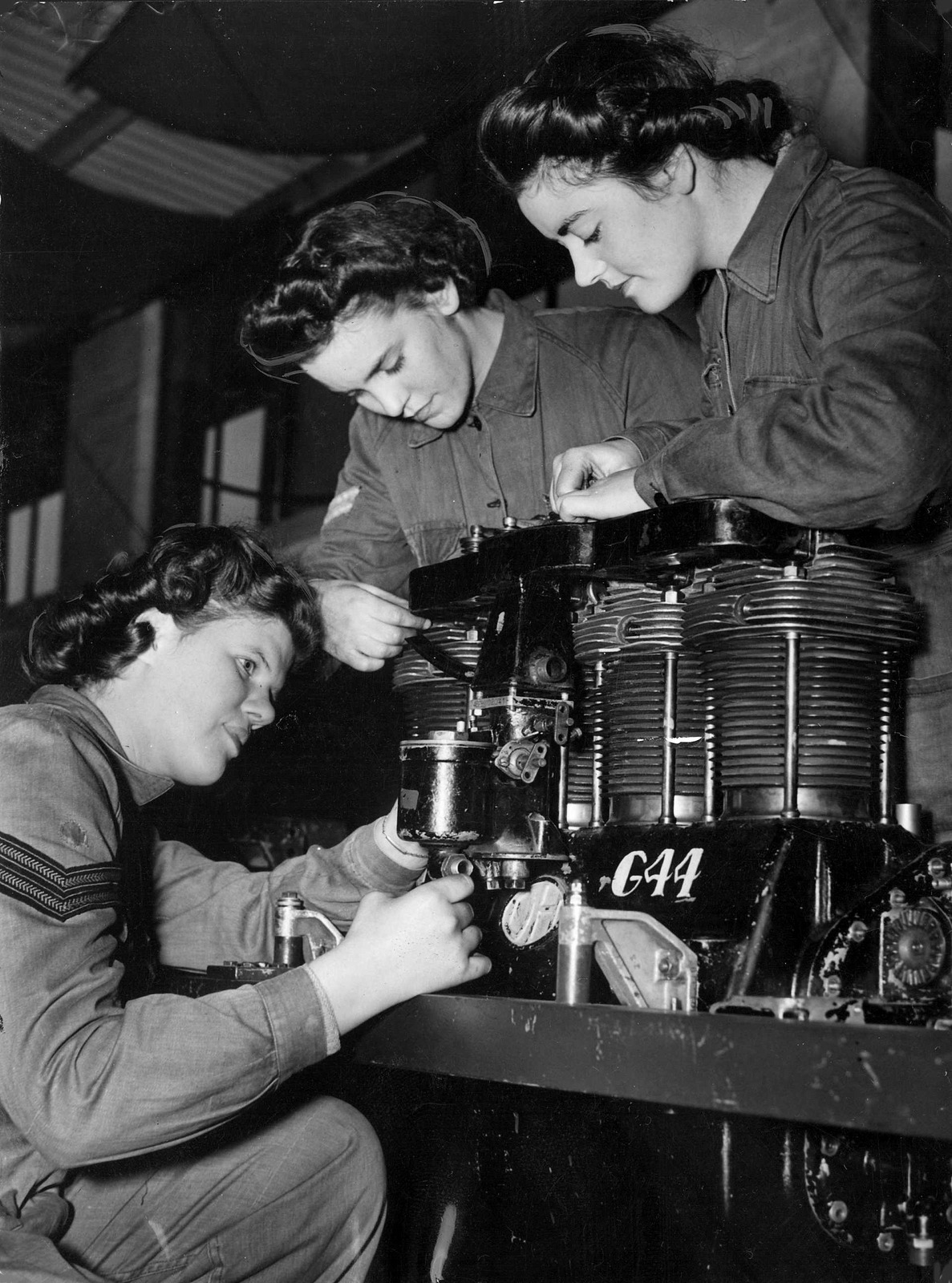 A brief history of each of these services together with a list of archival resources can be found on The Australian Women's register. 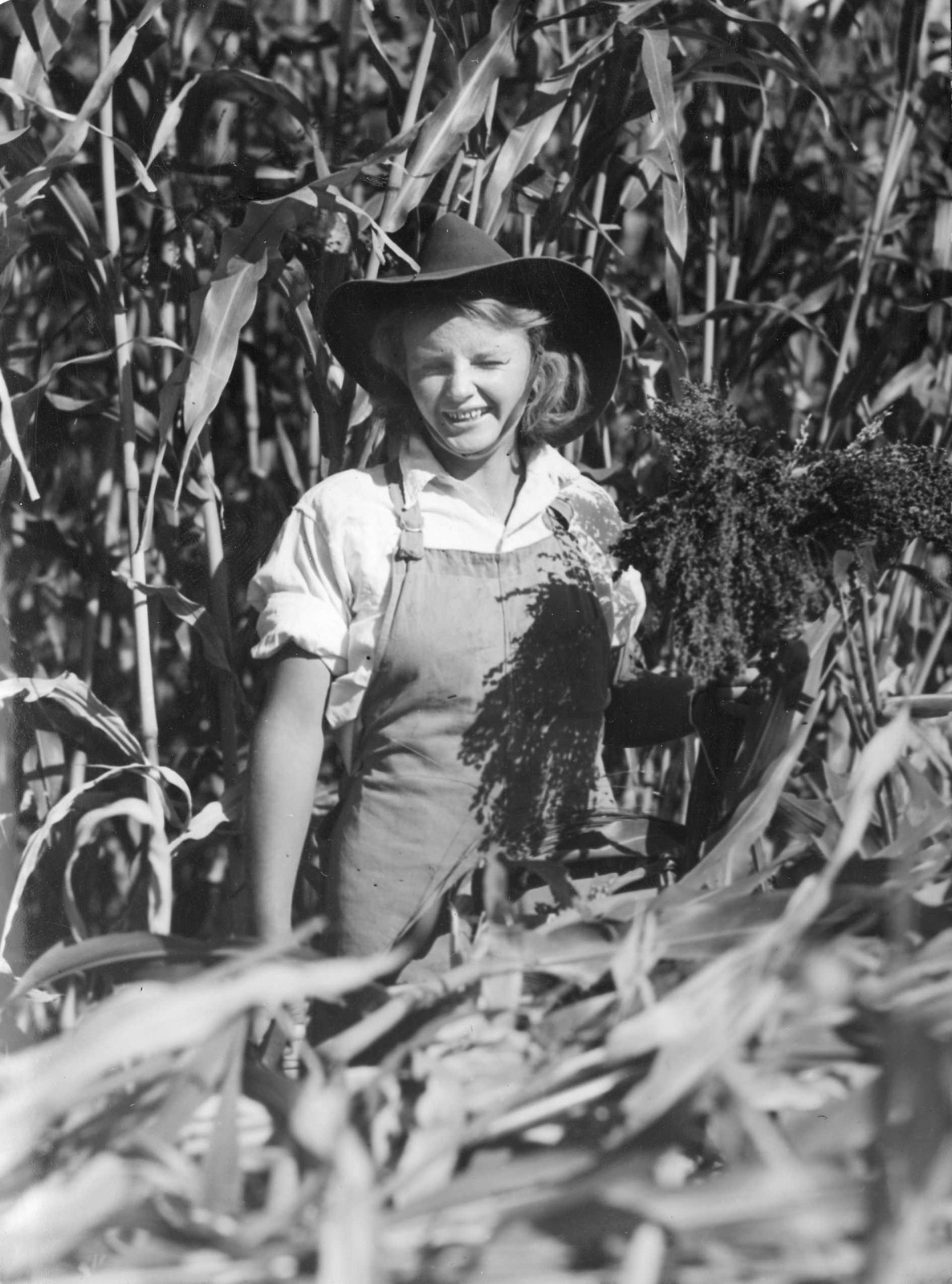 Newspapers can be an excellent source of military information, reporting on events in Australia and overseas. They can be used to trace the military career of an individual or find articles on their departure, arrival home, family life etc.

The Trove Digitised Newspaper database provides full text access to a range of Victorian newspapers, published between 1803-1954. It includes the Weekly Times which often featured photographs of service men and women.
Try searching Trove for a name, or add the name of their hometown, a battalion, a battle or an event. Use quotation marks around keywords to search as an exact phrase, i.e. "Eric Chinner" Fromelles or Bowes Frankston. 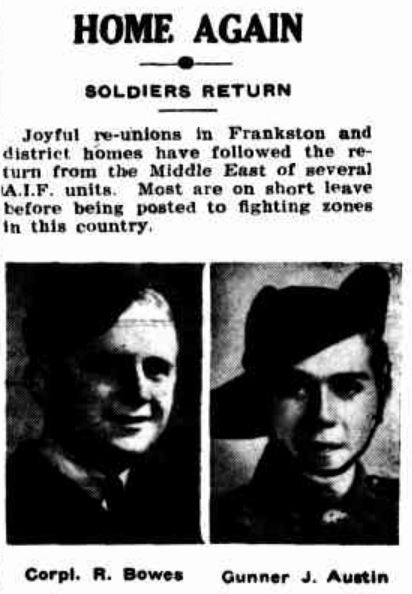 If the newspaper isn't on Trove you may need to explore the collections held in the State Library's Newspaper & Family History Reading Rooms.

Our Library subscribes to a wide range of current and historic Australian and international newspaper databases including - Service Newspapers of World War Two.

They are available in the Library and many can be accessed offsite by Victorian residents who are registered State Library members. 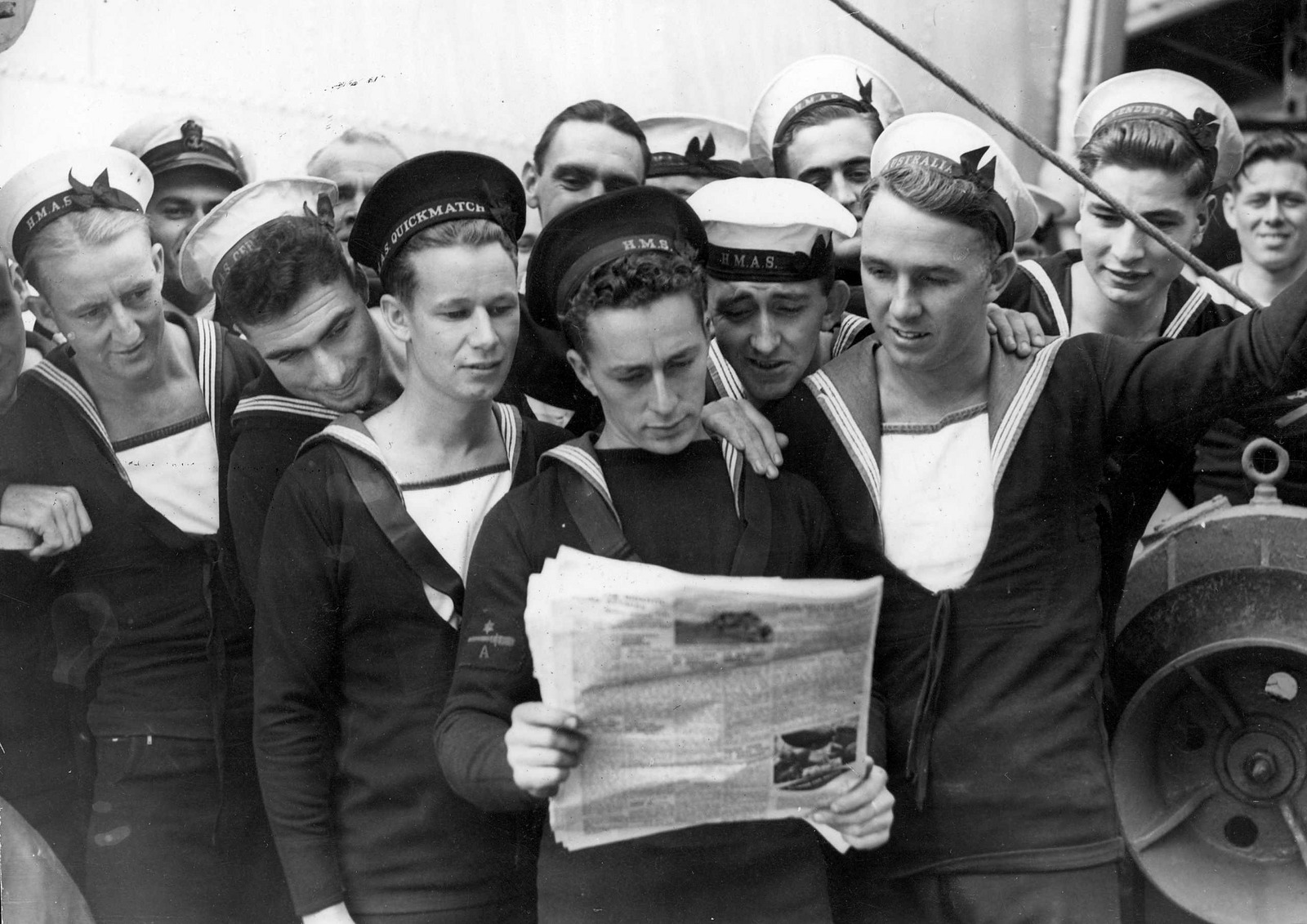