There were few active roles open to Australian women during World War I. The major war role for Australian women was nursing, both overseas and in Australia. See the Nurses section of this guide for more information.

Women in Australia  helped the war effort through charitable work such as fund-raising, knitting  or sending food to the troops. Some Australian women travelled overseas to work as ambulance drivers and chauffeurs.

A small number of  Australian women worked as doctors.

The following books held at the State Library of Victoria deal with female doctors who worked in different theatres of war during World War I.  Click on each title below to go to the State Library catalogue record.

In Britain, the war led to an enormous, if temporary, expansion of women's work roles. Needing men for their armies, the government fostered positive attitudes to women’s employment in a huge range of traditonally male occupations. The War Office told employers that no man who was eligible for war service was to be retained if he could be replaced by a woman or a man who was ineligible for war service. This applied for the duration of the war only.

The British government produced a publication listing all the occupations which British women could take on - Women's war work in maintaining the industries & export trade of the United Kingdom.

You can see more photos online in the publication Carry on: women's work in war time. Click on the View online link in the record.

Here are some photographs from wartime magazines showing some of the roles British women filled.

Women working in the coal industry. 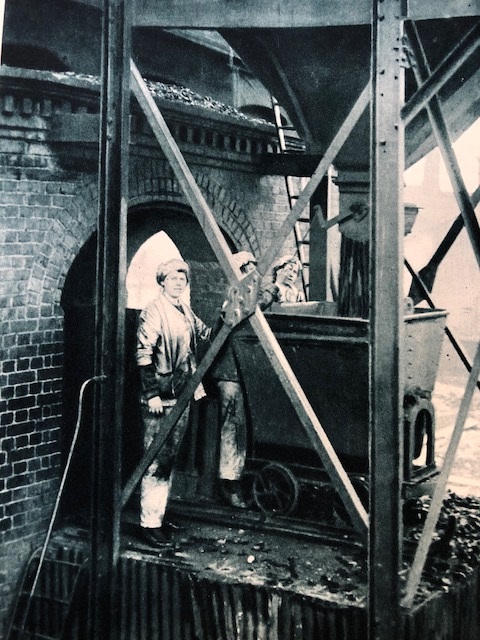 Woman working at a forge 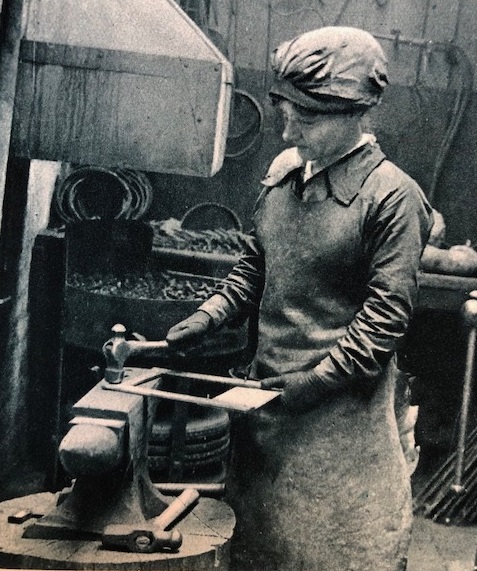 A  woman working at a forge in the War Hospital Supply Depot factory, Kensington, London. The factory manufactured hospital appliances for the use of army medical services.