'Regimental history' is a generic term based on the traditional British army unit, the regiment. In World War I, the only Australian forces organised by regiment were the cavalry,  the Australian Light Horse Regiment. Its regiments were organised into brigades.

The infantry was organised into the major  units of  battalions, companies  brigades and divisions. The 60 battalions were numbered from 1 to 60 and known by their number, for example the 3rd battalion.

The resources listed below are general guides to histories and suggested subject headings.

For a general search of regiments and units, search our catalogue. using the terms World war 1914-1918 regimental histories..

To find specific histories, try a keyword search.  Include the name of the unit. Also include keywords 'war 1914' if you wish to narrow the search.

Add the name of the country, example Australia, to find regiments by nation.

The Australian War Memorial has a web page on AIF unit war diaries, which recorded their daily activities., 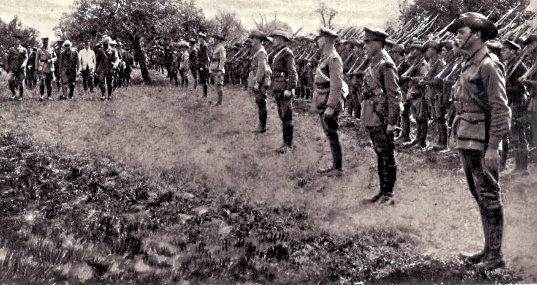 Structure of the AIF

Understanding where a soldier's unit fitted into the Australian Imperial Force (AIF) is important when you are reseaching his war history,  because most of the information on his activities comes from information on the activities of his unit.

It can be difficult to find books which explain the structure of the AIF: the hierarchy of divisions, brigades, battalions and so on down to the smallest unit.

Graeme Hosken's guide for family history researchers Digging for diggers explains  the AIF structure and size. It includes  the organisation of the Australian Infantry, the Australian Light Horse and Camel Corps and the Field Artillery. There is helpful information on how to read a soldier's  service record.

Some World War I unit histories held by the State Library which are out of copyright have been digitised.  You can read some of the out-of-copyright unit histories on our website

All the unit histories held by the State Library are listed on the catalogue on the Search & Discover page. Search the catalogue by the name of the unit or battalion to find books held  by the library.

They provide an extraordinarily detailed account of the day to day activities of service units throughout the First World War.

These diaries include unit location, daily situation, activities, duties, accounts of operations and engagements and information on unit strength.

If you are researching a particular soldier and you know his unit, you could track where the unit was and what they were doing at various times of the war. 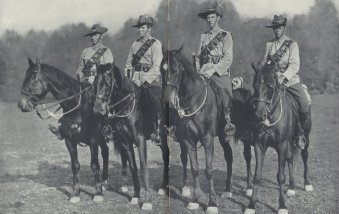