Colour patches in the Australian forces

Colour patches were worn on Australian uniforms to  indicate the division, battalion and brigade of the solider.  The patches of the Australian forces, 1914-1918, are shown on the Australian War Memorial website along with an outline of the formation of each battalion.

Other units such as the Flying Corps, the Light Horse brigades, the Artillery, the Engineers, Transport & Supply and the Medical Corps had their own colours and designs. 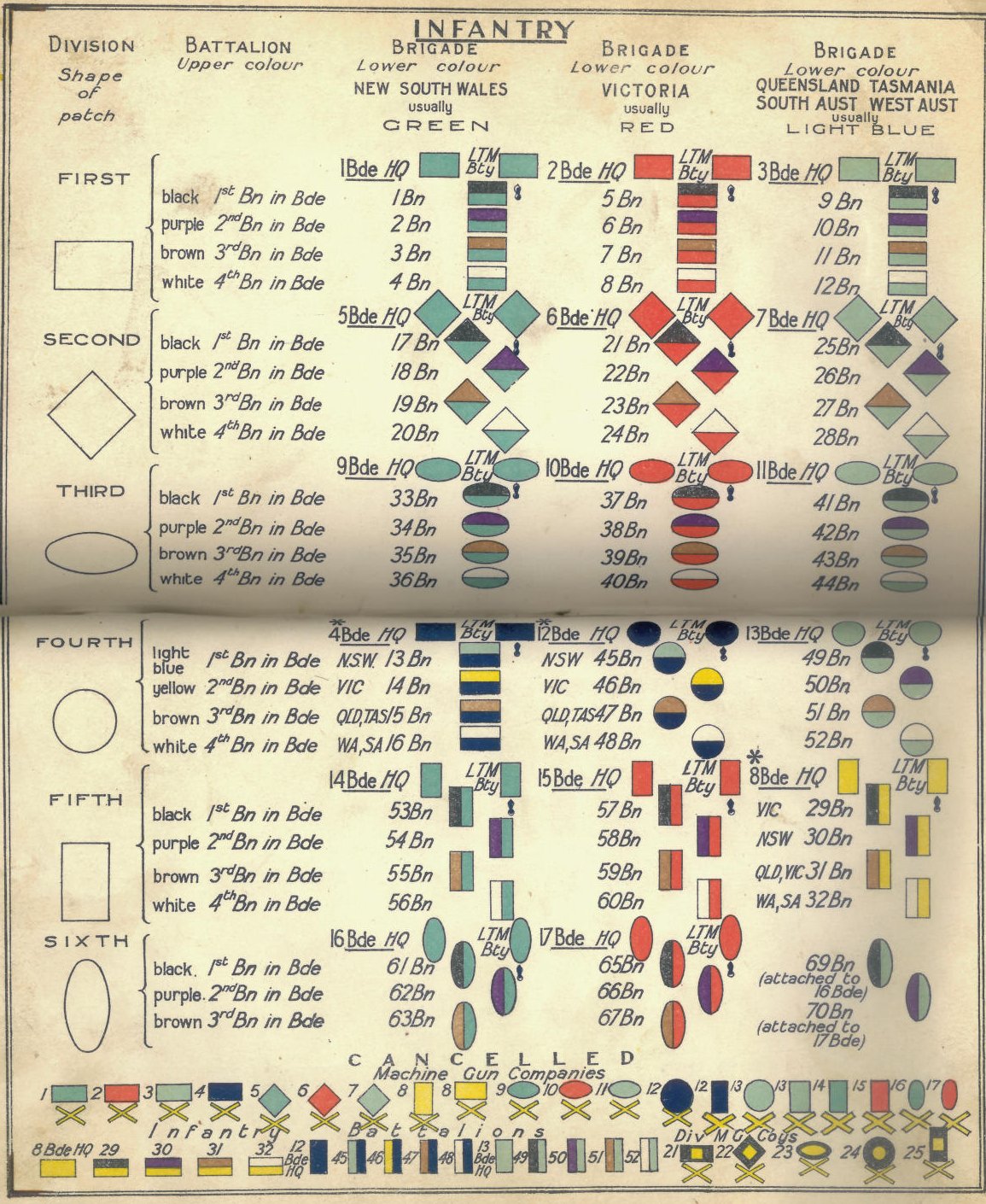