Lists of recipients of medals and decorations

The resources listed on this page  relate manily to decorations awarded to Australian soldiers. Many of the decorations are listed below. They were Imperial honours usually awarded to members of the British Commonwealth.

As a start, go to the Australian War Memorial website and click on Search, This brings up another search box: type Honours and awards in the search box. Select from the options given.

The Victoria Cross
Awarded for "the most conspicuous bravery or some daring or pre-eminent act of valour or self-sacrifice or extreme devotion to duty in the presence of the enemy." Highest award. All ranks.

Distinguished Service Order
Instituted in 1886. Awarded to senior officers for "distinguished services under fire or under conditions equivalent to service in actual combat with the enemy". Often awarded for distinction in command or service.

The principal army officers' award, established during World War I for junior officers, as there was no decoration for them for acts of bravery in the face of the enemy. Awarded to members of the Australian Flying Corps who came under Army control and to junior officers in the Royal Navy and Royal Marines.

Distinguished Conduct Medal (DCM)
Established 1854. Awarded to non-commissioned officers and other ranks of the Army for "distinguished conduct in action in the field."

Military Medal
Most common award. Instituted March 1916 and awarded retrospectively for gallantry and devotion to duty performed by non-commissioned officers and other ranks of the Army. In June 1916 it was extended to women of all nationalities for "bravery and devotion under fire".

Formerly named the Conspicuous Service Cross, it was renamed the Distinguished Service Cross in October 1914. Awarded to  naval officers (commissioned and warrant) below the rank of Lieutenant Commander for gallantry during active operations against the enemy.

The Distinguished Flying Cross
Established June 1918 as the principal officers' flying gallantry decoration. Awarded for acts of valour, courage or devotion to duty whilst flying in active operations against the enemy

The Air Force Cross
Established in 1918. Awarded for gallantry and distinguished service in flying which was not in active operations against the enemy.

The Air Force Medal
Established 1918. Awarded to non-commissioned officers and men of the Air Force for "an act of valour, courage or devotion to duty performed whilst flying though not in active operations against the enemy".

The Albert Medal
Instituted 1866.  Awarded for exceptional acts of gallantry in saving life on land or sea. Only three Albert Medals were awarded to members of the Australian Army during World War 1.

The Meritorious Service Medal
Instituted 1916. Awarded to Warrant Officers, non-commissioned officers and men who had rendered valuable and meritorious service, and could be awarded for gallantry in the performance of military duty. All services.

Instituted 1883. The First Class - Royal Red Cross was awarded to fully-trained nurses who were part of the officially recognised nursing services. Awarded  for exceptional devotion or competency in nursing duties in the field or military hospitals over a long or continuous period or for an exceptional act of bravery or devotion to duty. 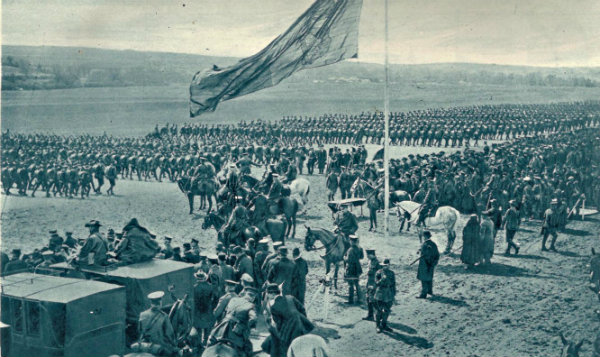 Mentioned in Despatches
Not a decoration in itself, an "MiD" was commendable action which rated a "mention" in a Commander-in-Chief's military despatch. A certificate was awarded, and an emblem of bronze oak leaves was worn on the ribbon of the Victory Medal.

The 1914 Star
This campaign medal was awarded to those who served with either the British or Indian Expeditionary Force in France or Belgium between the outbreak of war in August 1914 and 22-23 November 1914.

Most awards to Australians during World War I were for British medals, as Australia did not have its own medals for war service at that time.  The Commonwealth Government Gazette lists awards to  Australian servicemen and nurses. This includes awards by allied countries such as Belgium, France, Serbia and Russia.

If you know the name of the person who was awarded a British medal, it is quickest to search ﻿the books by Michael Maton Gallantry and distinguished service awards to the Australian Army during the First World War / Michael Maton

See listings of other books by Michael Maton on the State Library catalogue.

If you are looking for the name of someone who was awarded a British medal, you can search the government gazettes. Use  Advanced search typing in the name of the medal, for example  Distinguished conduct medal. Include a name and refine results by date.

You can search the gazettes for listings of non-British medals awarded to Australians by allied countries. Countries which awarded medals to Australians include France, Belgium, Serbia and Russia.  It can be difficult to know which section of the gazette to find relevant notices. Go to Advanced Search, type in title Commonwealth of Australia Gazette and  type Belgian government medal [for example] in the top search box.  Refine by date.

If the name of the medal is known:

For example, to find awards of the Order of the White Eagle, a Serbian decoration, search the  gazettes using the keywords

For the Order of St. Anne, a Russian decoration, search  using the keywords

Just another pair of socks is a website listing honours and awards given to Melton district Anzacs. It was produced by the Melton  Family History Group.