Once you know what unit or regiment a soldier served with, and you have traced the movements of that unit, you can research the campaigns and battles in which his unit served. This helps build a picture of a particular soldier's war experiences.

A 'campaign' is a series of military engagements and operations and may include a number of battles. Names for campaigns and battles may vary according to national perspective: for instance, Gallipoli includes many battles across the peninsula. In Australia, it is commonly known as the Gallipoli Campaign, but in England it is often referred to as the Dardanelles Campaign.

You can search the State Library catalogue on the Search & Discover page using names of battles such as Somme or Ypres. 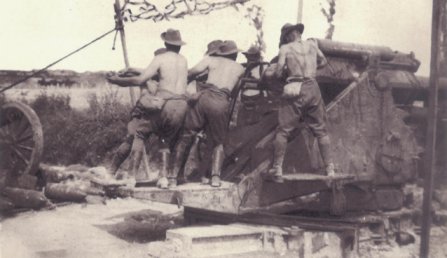 Click on the links below to find books, pictures, maps, manuscripts and other resources listed on the library catalogue about battlefields of the War.

The Order of Battle gives the command structure, composition and organisation of each division and its locations during the war. It is useful for finding out where a particular unit served.

Newspapers and journals, many online, are a rich source of information on World War I. Newspapers contain day-to- day accounts of battles and incidents and references to soldiers by name. See this example from the Melbourne Argus. Date: 9 June 1915, page 5.  Modern journals contain research about the war, while journals published at the time include essays about politics, warfare, battles, significant personalities and the home front.

Local papers are often good for stories on individual soldiers. Most Victorian local papers from 1914-1918 are now available to search and browse on the Trove newspapers web page. The Trove website has an archive of major Australian daily newspapers and country newspapers covering the World War I years. These include The Argus and the Weekly Times. You can do a keyword search using names of battles and limit by date to get contemporary reports. For example, search by Somme or by a place name such as Villers Bretonneux. Try different terms.

Photographs of soldiers in newspapers such as the Weekly Times and The Leader can be found on the Trove website. Some photos are  indexed in the online Australiana Index, found on the Search & Discover page on the State Library website. Not all photographs are indexed on the Australiana Index, so you can also try the  Illustrations Index and the Biography index held at the Library. Staff at the Information Centre can assist. 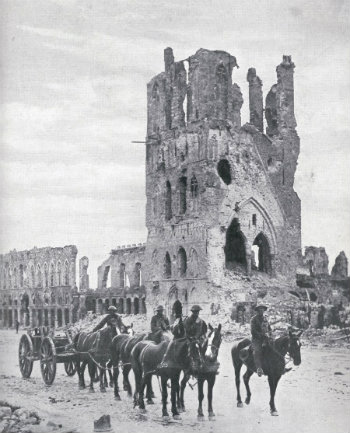 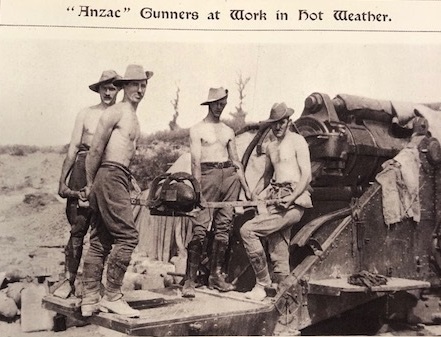 Australian gunners near Pozieres, France, during the British offensive. They are holding a shell, ready to load it.

On 19th July, 1916  at  the Battle of Fromelles, the 5th Australian division became the first Australian unit to take part in a major assault on German trenches.

Battle of Messines: 7-14 June 1917.  This was the first large-scale action involving Australian troops in Belgium.

October 1918: Montbrehain - the last battle of the war for the Australians.