If you're having trouble locating a place, perhaps because you are unsure of the spelling of the place name or the nation-state in which it is/was located, refer to the page on locating places.

2. Atlases. The library has many historical atlases of the World, as well as atlases of regions, such as Europe, Asia or the Americas. To find atlases, do a keyword search of the catalogue for the word ‘atlas’ and the name of the country or region you are interested in. Use the options on the right side of the search results to refine results to your period of interest. You can also try searching for world atlases if we do not have an atlas specific to your country of interest.

4. Library catalogue. To find relevant maps in the catalogue, select the Maps drop-down menu to the right of the search box and try searching with various keywords relating to your area of interest, such as the names of towns, villages or counties. Once you have a list of results, you can refine them using the options on the right, for example, you can limit by creation date.

5. Maps selected by staff to meet your research needs. If you submit a map inquiry, staff may be able to find other kinds of maps, or related resources, that will help you with your particular research question.

The David Rumsey Map Collection at Stanford University Library focuses is on rare 16th through 21st century maps of North and South America, as well as maps of the World, Asia, Africa, Europe, and Oceania.

The Perry-Castañeda Library at the University of Texas includes a large number of world maps, both historical and contemporary. Their collection features some of the best online coverage of Asia and parts of Africa.

CartoMundi This French resource has digitised maps of Europe, Africa, Asia and the Americas.

The Library of Congress Map Collections page features digitised maps with a strong focus on the United States.

The Library holds a strong collection of colonial maps of India. Search the catalogue for the city or region of interest using the Maps drop-down menu to the right of the search box . Some maps of India are uncatalogued. If you can’t find what you’re looking for please submit a map inquiry.

The National Library of New Zealand has a large collection of maps. Search their catalogue by place name, then use the menu on the left to refine your results to online items. 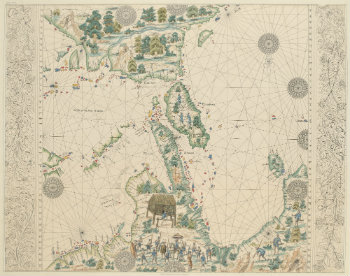 Mapping the world: maps and travel literature This database contains nineteenth century maps drawn from the vast map repositories of the British Library and the National Archives (UK), maps of the Americas from the American Antiquarian Society, coverage of Canada & the polar regions from the University of Alberta, and select travel narratives from various sources, including the Bryn Mawr Collection of European travel accounts.

Age of exploration This database covers key events in the history of European maritime exploration spanning 5 centuries from 1420-1920 including the opening of trade with the Spice Islands, the colonisation of the Americas and Australasia, the search for the Northwest and Northeast Passages and the race for the Poles. Exclusive content is drawn from Bibliothèque nationale de France, British Library, The Explorers The National Archives, UK, The Newberry Library, Alexander Turnbull Library, National Library of New Zealand.

Access to these databases is freely available here at the library. Victorian residents who are state library members can also access them from home. 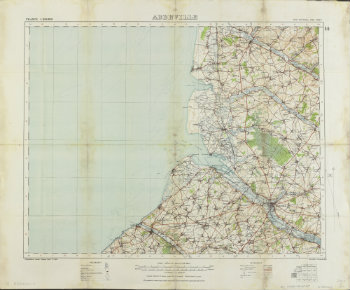