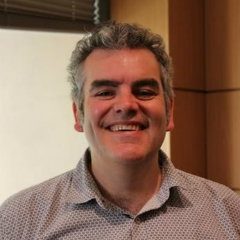 Alex Gionfriddo
he/him/his
Contact:
Contact me via our online reference service citing my name and the title of this guide

Some history about the Melbourne Cup and horse racing

The intention of this resource guide is to highlight the range of horse racing sources held by the Library, and to link to online image and print resources.

This will then enable the user to access Melbourne Cup material and for any horse racing research.

The first Melbourne Cup was run on Thursday 7, November 1861, before a crowd of about 4,000. The race was won by Archer.  Unfortunately two horses died after falling in the race. 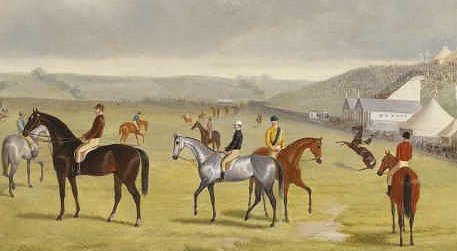 [Toryboy, winner of the Melbourne Cup 1865] [picture] / Samuel Salkeld Knights  H6705.
Toryboy won the race 4 years after being unplaced in the first Cup. 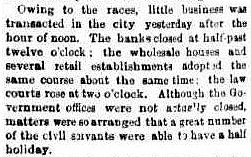 The Melbourne Cup was initially run on Thursday and it was not until the carnival of 1875 that it was switched to a Tuesday.

As early as 1865, Cup day was a half-holiday in for public servants and bank officials. Various businesses also closed at lunchtime.

It took some years before the purpose of the declared holiday was acknowledged in the Victoria Government Gazette. The Gazette of 31 October 1873  announced that the following Thursday (Cup Day) be observed as a bank and civil (public) service holiday.

In the modern era, several jockeys have ridden multiple winners of the Cup. These include Harry White with four, Jim Johnson, Jack Purtell , Glen Boss and Damien Oliver three each, and Roy Higgins two.

A long way in front on the list of winning trainers is Bart Cummings with 12. Two trainers, Etienne de Meistre and Lee Freedman have five wins. John Tait (19th century) and Walter Hickenbotham and R Bradfield (both late 19th and early 20th century) with four are next in line.

The sesquicentenary of the Melbourne Cup

The 2010 Melbourne Cup saw the 150th running of the race.  The Cup was won by the French trained Americain ridden by Gerald Mosse. 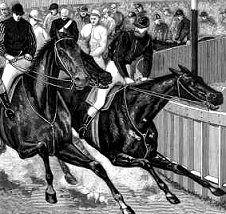 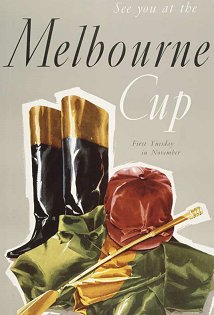 See you at the Melbourne Cup: First Tuesday in November [picture] / Shattock. H96.108/6 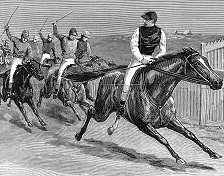 Carbine wins the Cup. This image provides an interesting comparison with the image of the 1890 Cup on the Racing terms page.