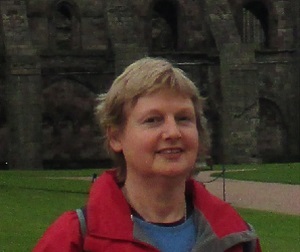 Barbara Carswell
Contact:
Contact me via our online reference service citing my name and the title of this guide

The IP Australia website has a number of subscription-based email lists designed to keep you informed. They include SNIPER, which has journal articles on intellectual property issues and conference papers.

This research guide provides information on locating patents registered in Australia and in overseas countries and regions, drawing on the collections of the State Library of Victoria, and various online databases. The documents held at the State Library relate primarily to descriptions of inventions in each patent application. We do not hold documentation detailing the process of assessment of each patent application by the patents office.

Click on the tabs across the top of this page for more detailed information on each topic.

What is a patent

A patent is a government grant, for a set period of time, to exclusively make, use or sell, "any device, substance, method or process, which is new, inventive and useful". (IP Australia Glossary)

Many patents are for incremental improvements in known technology.

Patents play a major role in technological, economic and social change. Consider the many developments in mining, transportation, communication, building, agriculture, food production, photography and medicine over the last 200 years, that have been a consequence of patent protection.

Term of grant and types of patents

In most countries today, a successful application lasts 20 years.

In Australia, the Standard Patent lasts for up to 20 years, or up to 25 years for pharmaceutical substances. Australia introduced the Innovation Patent in 2001. It has now been discontinued. Relatively fast and inexpensive, it was granted  for 8 years.  Innovation patents were aimed at inventions with a short market life that might be superseded by newer innovations, such as computer-based inventions.  Innovation patents were discontinued from 26 August, 2021, as it was found that big business was using it to stifle competition and it was not recognised overseas, leaving applicants open to overseas copycats.

For more details, see Phase out of the innovation patent on the the IP australia website.

Many of the patents applied for in Australia are from individuals and companies resident overseas.

Patent models usually accompanied patent applications up to the end of the 19th century. State Library Victoria does not usually hold these models. You can enquire at Museums Victoria about what models they hold in their collections.

Patents are just one type of intellectual property (the property of your mind or intellect) legally recognised in Australia.  The others are trade marks, designs, copyright, electronic circuit layouts rights, plant breeder's rights, and confidential information / trade secrets. For detailed descriptions of each see IP Australia.

"Intellectual property rights allow the creators – or owners of patents, trademarks or copyrighted works – to benefit from their own work or investment in a creation. These rights are outlined in Article 27 of the Universal Declaration of Human Rights, which provides for the right to benefit from the protection of moral and material interests resulting from authorship of any scientific, literary or artistic work" (World Intellectual Property Organisation (WIPO)

The key difference between patents, trade marks and designs can be explained by the following example of a ball point pen.

The patent will describe how the pen's ball point operates to distribute ink to paper.

The design will describe the shape and appearance of the pen.

The trade mark will identify the brand of the pen, for example Bic Pro.

For information about trade marks, click on this link to the State Library of Victoria's trade marks research guide.

Can an inventor secure a world patent ?

There is no system to secure a world patent.

Applications can be filed in individual countries, in regions, or groups of countries.

In , you can file a single patent via the European Patent Office. And in parts of and parts of , applications can be filed in groups of countries.

The European Patent Office Espacenet is a free online database for searching patents from over 70 countries. Coverage is selective by country, date, full text, abstract, bibliographic and classification data.

A single international patent application can be filed in over 100 countries, by means of the Patent Cooperation Treaty (PCT) administered by the World Intellectual Property Organization (WIPO). Most major countries have signed this treaty.

This guide is an  introduction to searching for historical Australian and overseas patents. It is not a guide for inventors on how to patent an invention.

For advice on applying for patents, useful contacts for inventors include:

INNOVIC - a not for profit organisation that helps turn new ideas, inventions and innovations into viable products and new businesses 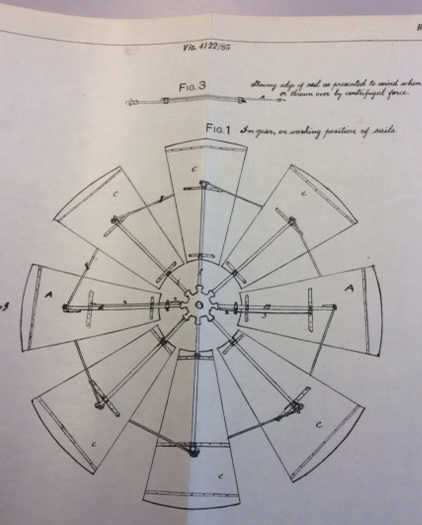 Victorian patent number 4122 of 1885. "Improvements in construction of windmills and way of governing same." Specification application lodged by James Alston, implement maker, of Warrnambool, Victoria, July 7th, 1885.  This image shows part of the diagram submitted with the application.