Are you searching for a patent registered in the United States ?

If you know these details contact staff  who can order the relevant patent from our offsite store. You can view or copy the patent in the Library. When ordering this item, the Library staff will need to include the patent number and the date (it is optional to include patent title and patentee's name).

If you do not have these details you will need to search the relevant indexes (see US Patent Indexes box on this page). Indexes are held onsite and offsite. Contact staff to order offsite indexes. To initially refine your search, refer to the Finding patents page in this guide.

US patents and patent journals

Types of US patents 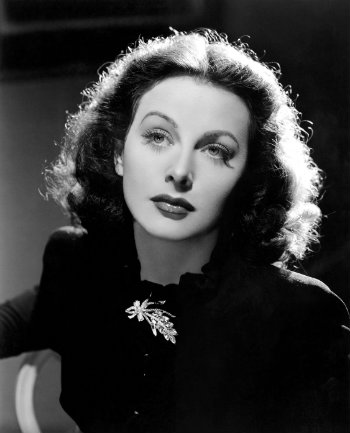 The famous American actress of the 1940s, Hedy LaMarr, was also an inventor, although she had no formal training or technical qualifications.

During World War II  she came up with  the concept of frequency hopping as a solution to the problem of the enemy jamming radio signals used in the remote control of  torpedoes.

The concept was rejected by the US Navy, but after the war the patent  was rediscovered and the technology  was used in communications technology during the Cuban Missile Crisis of  1962.  It is used in wireless technology today.

The patent is on  the US patents website under the title  Secret Communication System. Hedy LaMarr  registered the patent under her real name Hedy Kiesler Markey with her colleague Geoge Antheil.

Her daughter wrote a blog about Hedy LaMarr on the web page  A Movie Star, Some Player Pianos, and Torpedoes

US patents via the USPTO

1790 to 1975 - searchable only by Issue Date, Patent Number, and Current US Classification

US patents via Google Patents

PDF files of US patents

pat2pdf.org - Search by US patent number and display full text of all US patents

Search using the patent number to see the text and diagram of this invention.

Date and Number table of US patents

Note that US Patents from 1790 to 1836 were issued by name and date, bur no number was allocated. The current system of numbering US patents began on 13 July 1836.

The patent numbers of inventions of famous American inventors may be listed on the Internet. Try a Google search using terms such as the name of the inventor and the word patents.

The American patents have the patent number and a direct link to the  Google Patents web page featuring the patent.

Nikola Tesla  (1856-1943) was  the inventor of the first machine to effectively use Alternating Current (AC) electricity, the system of electricity used widely in machines today.