Our Library has a number of ebooks considering issues around the American Revolutionary War. We also subscribe to a wide range of scholarly journals. These can be accessed online using your State Library Victoria barcode.

Start your search using keywords. You can also search for similar books by clicking on the subject heading under the Details tab for any book.

Use the dropdown options to search different types of publications. Books etc. will include print as well as ebooks. Articles will find full text articles 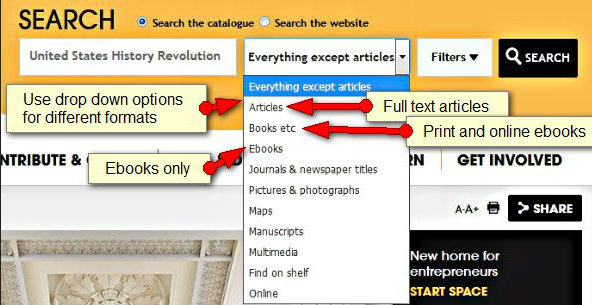 Here are examples of some articles that can be found on specific issues of the American Revolutionary War, the causes and the aftermath.

These are just a few examples of articles you can find using our databases and Article search through our Library catalogue.

The Victorian Curriculum & Assessment Authority have published a list of suggested resources for the revolutions history VCE units.

Many of these items are held at our Library and many will be held at public libraries. Because they are on a reading list they will be highly sought after and so may not always be available from a Library.

On our Library catalogue (or any other library) search by title or a combination of title and author keywords. See the tabs above for more information on searching at the State Library or public libraries.

Our Library is a research library and our material is available to be viewed by anyone but we are not a lending library. Register with the Library so you can access our journal and newspaper databases and ebooks,  and to order printed items from our storage areas.

When you search the catalogue, the record of an item will tell you where it is located and how you can access it. It will either be available online; on the open shelves in one of our reading rooms; in onsite storage (request using your Library barcode number); held offsite (contact us and we will order it for you).

Look up you local library with a simple internet search or select your regional library service.

From Library Link Victoria you can search across a selection of Victorian library services  including public libraries, all state libraries and Victorian University libraries.

Try an Advanced Search. You can further narrow the number of libraries searched if you wish. 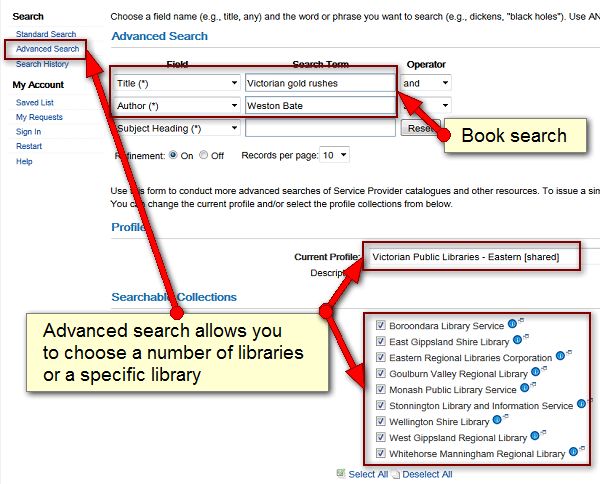 From your results screen: you can save the record; check the full details that will list location and availability; if you belong to that Library service you may be able to put reserve the book if it is on loan. See the options at far right of the results

Trove is a database that brings together holdings of libraries across Australia. Libraries choose to upload items to Trove, so it contains most but not all library catalogue records. Libraries may not always remove records of books that they no longer hold. Always click on the library to make sure a book is still available at that library.

Choose Borrow option for locations. Note not all holdings will be available for loan 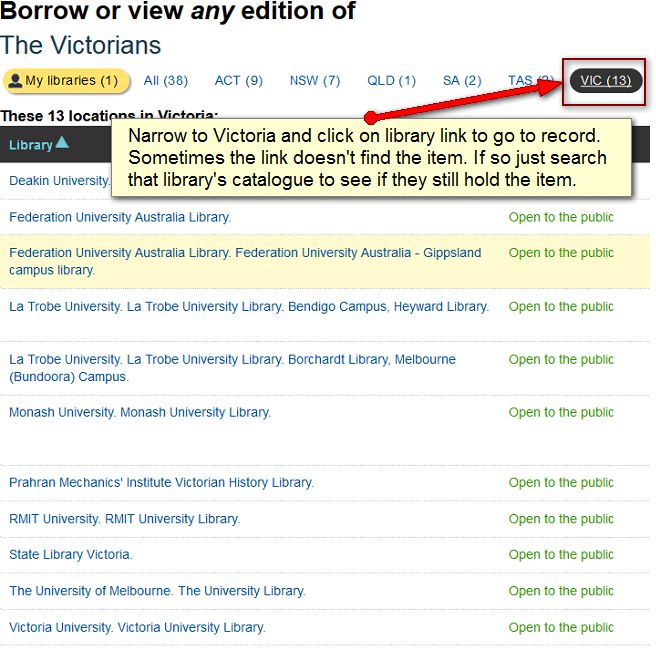 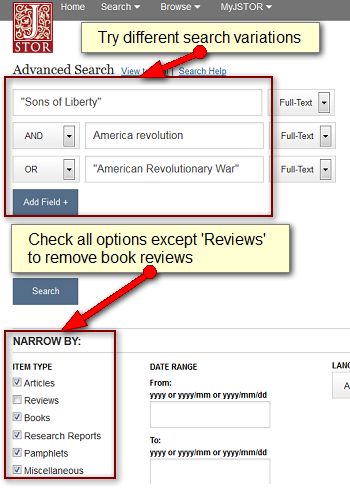 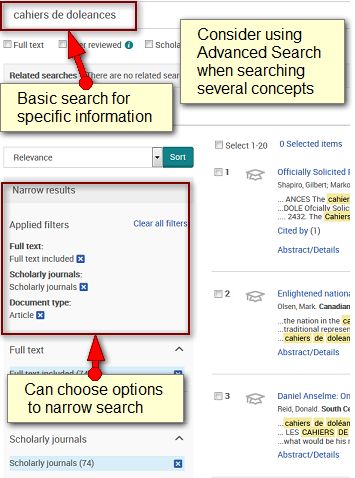 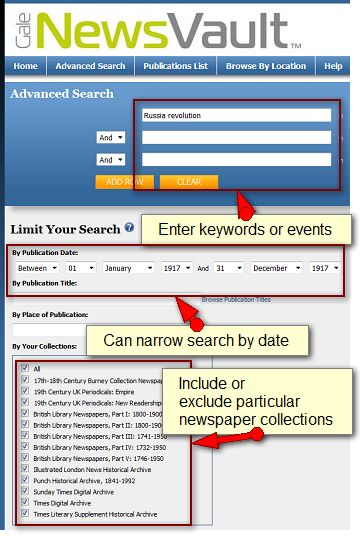 Historical perspectives on the American revolution

This site has been developed to support VCE students and includes excellent overviews of each of the VCE Revolutions topics. The site also has pages on historical perspectives, highlighting specific historians.

In Great Britain the Whig party were opposed to an absolute monarch and favoured parliamentary representation and personal rights and liberties. While there was no official whig party in America at the time of the revolution, the views of the British whigs, especially the more radical whigs, were influential in America.  American revolutionists were known as whigs and later more commonly as patriots.

Neo Whigs were historians who in the 1960s studied the ideological basis of the revolution and viewed republicanism as a key element. They were branded neo Whigs as they were seen to be endorsing the early 'whig' histories.

In the 20th century old enmities faded and Britain and the United States became close allies. Historians, informed by much closer attention to British documents, reassessed America's colonial past. They arrived at more sympathetic views of British administration of colonial America.  This is often described as a Loyalist perspective.

From the early part of the 20th century Charles Beard and subsequent historians questioned the idealised view of the revolution. These 'progressive' historians identified commercial issues and self-interest in the actions of the founding fathers.