The Library has a number of ebooks considering issues around the communist revolution in China. We also subscribe to a wide range of scholarly journals. Both ebooks and online journals that can be accessed using your State Library Victoria membership.

Before you begin a search of our catalogue, make sure to read the Catalogue tab of this guide for a basic understanding of how to search.

To search our ebook collection, set the drop-down menu to the right of the search box to 'ebooks'. You can search your keywords anywhere in the record, or search more specifically within the subject as we have done in the example below:

Note that some of our ebooks can only be read onsite at the Library, either on one of our bookable public PCs, or on your own device connected to our wifi.

If you find a title that is particularly useful you can also search for similar books by clicking on the Subjects linked under the Details heading of the record. Remember to also search for works on China in the period before the Revolution for context.

Some eBooks from our collection

The Library subscribes to a wide range of databases, most of which you can view from home with your free SLV membership.

Filter the database list by subject to see all of our History databases or Historic Newspaper databases.

Once you have chosen a database, you will need to search it by keyword. Use Simple or Basic Search for specific information, or consider Advanced Search when searching several interrelated concepts. Remember that you can filter your results by the kind of resource, or by the year of publication.

An example of an Advanced search from the JSTOR database is shown in the side panel of this guide.

Here are examples of some articles that can be found on specific issues of the communist revolution in China, the causes and the aftermath.

These are just a few examples of articles you can find using our databases and Article search through our Library catalogue.

Historical perspectives on the Chinese revolution

This site has been developed to support VCE students and includes excellent overviews of each of the VCE Revolutions topics. The site also has pages on historical perspectives, highlighting some of the leading historians.

Maoist historians tend to present a positive view of the revolution and Maoist China. Often these histories were written soon after events and have a political and ideological motive.

These books consider different perspectives on Chinese history, and the interpretation of historical events to fit political or ideological motives.

Western liberalism is characterised by belief in the freedom of the individual and civil liberty in a modern democracy.  As historians they may interpret events from a belief that all societies are or should aspire to this model.

The historians listed come from the Western liberal tradition. Despite their critical approach, there is a recognition of the massive changes and challenges in China, that within a century have taken this massive, enormously populous country from a semi-feudal society to an emerging superpower.

Over the last 40 years, since the death of Mao, there has been a reassessment of the revolution, and some of the more venerated and mythic interpretations of aspects of the revolution have been challenged.

Neo Maoists are modern historians with a sympathetic view of Chinese revolution and the development and administration of Maoist China.

Many of the Databases above will include digitised primary sources.

Another great source of primary sources relating to Communist China is the National Archives of Australia (NAA), who have digitised many of official records of the Australian Government. These are interesting documents, but quite extensive. The content varies, ranging from brief memos to lengthy reports.

Search the NAA records using the search term Communist China, and then use the "Refine Search" option to check the "Digitial copies only" box at the bottom of the form. This will narrow your search to digitised records that you can view online.

Examples of documents from the NAA collection:

A collection of Chinese Revolution documents and primary sources.

Most of our primary sources relating to the Chinese Revolution can be found in our Databases - see the box above. Specifically, try navigating to the following collections:

Newspaper archives will be held in some of the collections above, and also in our database collection. See the box on Databases above. 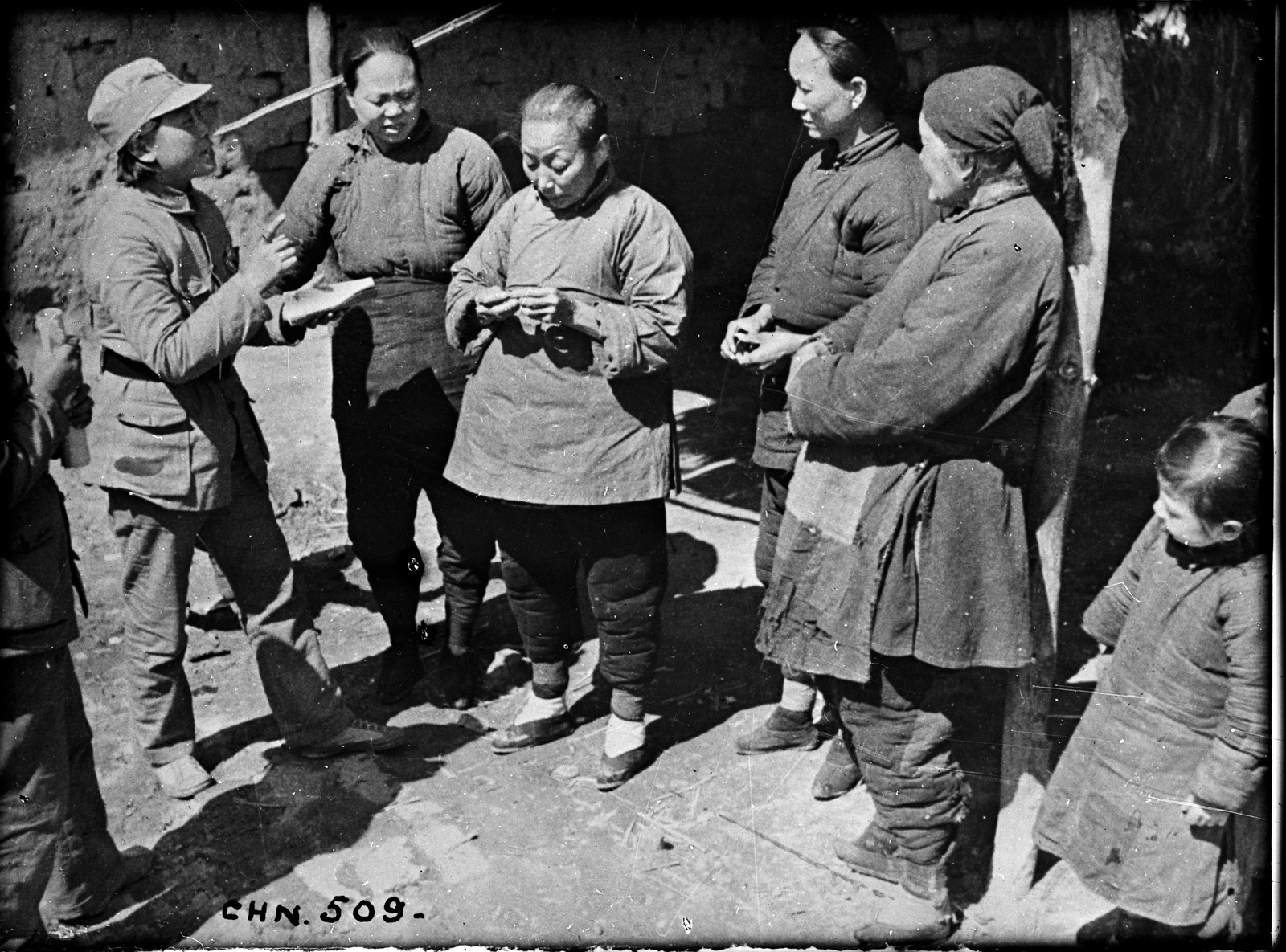 SLV has a range of physical books relating to the Chinese Revolution. Many will be in storage, but some will be available on the shelf in the Redmond Barry Reading Room.

Perform a catalogue search using the Books scope. You can Ask a Librarian for assistance if you need to order an item from storage. Alternatively, use the Find on Shelf search scope to limit results to books you can read immediately. Note that SLV is not a lending library; books are to be read onsite at the Library.

From the large bookshelves

Note that there will be other books on the Chinese Revolution held in other parts of the Library. For instance, books that are more focused on Communism will be held at 335.43 and books on the political conditions in China are at 320.951.

An example of how to perform an Advanced Search in a database. Here we are searching for information on the Sons of Liberty during the American Revolution in JSTOR. Other databases will have similar features. 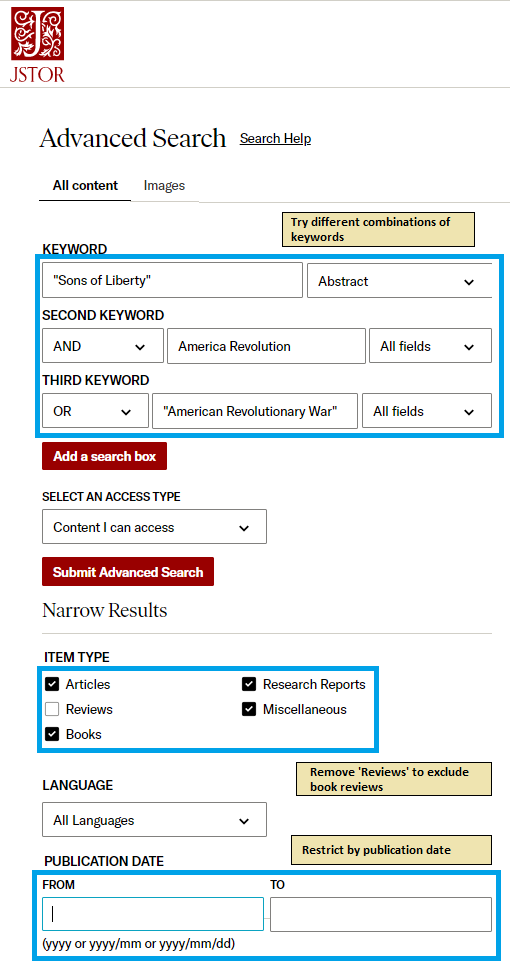