The number of staff employed by the Library can be found in annual reports. Until the 1980s, lists of positions/roles were published in the public service lists.

Staff newsletters frequently include interviews with staff, and news about appointments and staff projects. Some newsletters also include photographs:

News from The Fridge: a year in the working life of the State Library of Victoria: November 2006 - December 2007
The Fridge was a desktop app for Library staff PCs, designed as a replacement for The Source staff newsletter. It featured many staff profiles and interviews. The Fridge app was subsequently replaced by an intranet site, also called The Fridge.

In 2018, staff created a zine called 'The Goat'. This title was inspired by Frederick McCubbin's 1884 oil painting Melbourne gaol in sunlight from the Public Library grounds, which shows a goat tethered in the grounds of the Melbourne Public Library, on the site of the former La Trobe Library building.

The first female Library staff member listed on the public service lists is Isabella Fraser. Fraser was born in Ballarat in 1881, and died in Kew in 1969. She started working at the Library in 1908. She was first appointed as an Assistant in 1924. She 'assist[ed] in Library, cataloguing etc'. She was probably undertaking librarian or library technician duties in her role as Assistant, but was not a librarian by title. By 1931 she held a Bachelor of Arts qualification (see The book of the Public Library, Museums, and National Gallery of Victoria, 1906-1931). Named in her honour, the Library's Isabella Fraser Room opened in September 2018. 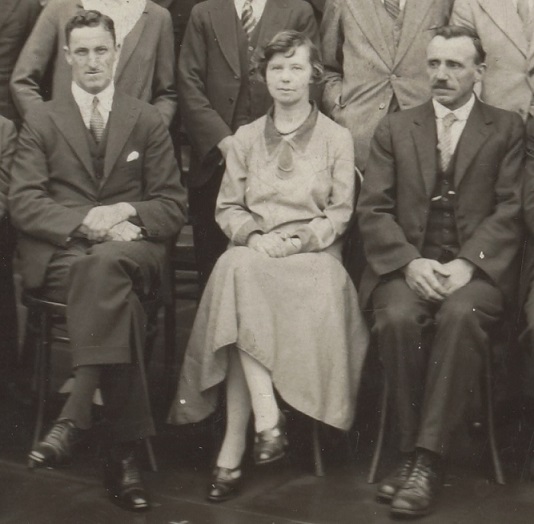 For many decades, women interested in working at the Library faced discriminatory legislation.

In 1890 the Public Service Act No. 1133 Section 43, Victoria decreed that "no married woman shall be eligible for appointment to any office in the public service."

Women were not allowed to become full librarians in Victoria until 1926 when the Women's Qualification Act 1926 was passed. (See Girl librarians The Herald  December 11, 1926, p. 20). It was noted at the time that the salaries for such a position requiring a university qualification were very poor.

Fraser was still an Assistant in 1941. By 1955 the Library had lots of female Librarians (several of these women had been Assistants, but now had their job titles changed to Librarian). Fraser is not on the 1955 staff lists, so it appears she left the Library in or before 1955.

'For various reasons, the elderly fathers of the Melbourne Public Library do not employ women except to scrub floors. There are a good many jobs at the library…Much of the work consists in sitting down and waiting for somebody to turn up and ask for something; and a woman could almost do that. The time seems right to give her a chance. In neither war nor peace can we any longer afford to waste men in unproductive jobs. If the new arrivals at the library are nice things in clean pinnies, so much the better…'

It appears that our colleagues in New South Wales had a rather more enlightened view of the employment of women in libraries.

In 1862 Redmond Barry compiled a list of the workmen employed on building the north wing of Queen’s Hall. The list is housed in the Library's Manuscripts Collection at MS13020 Box 5 Folder 1. Sample images can be viewed on Page 33 of Building a new world: a history of the State Library of Victoria. A transcript of the names on the list can be downloaded: 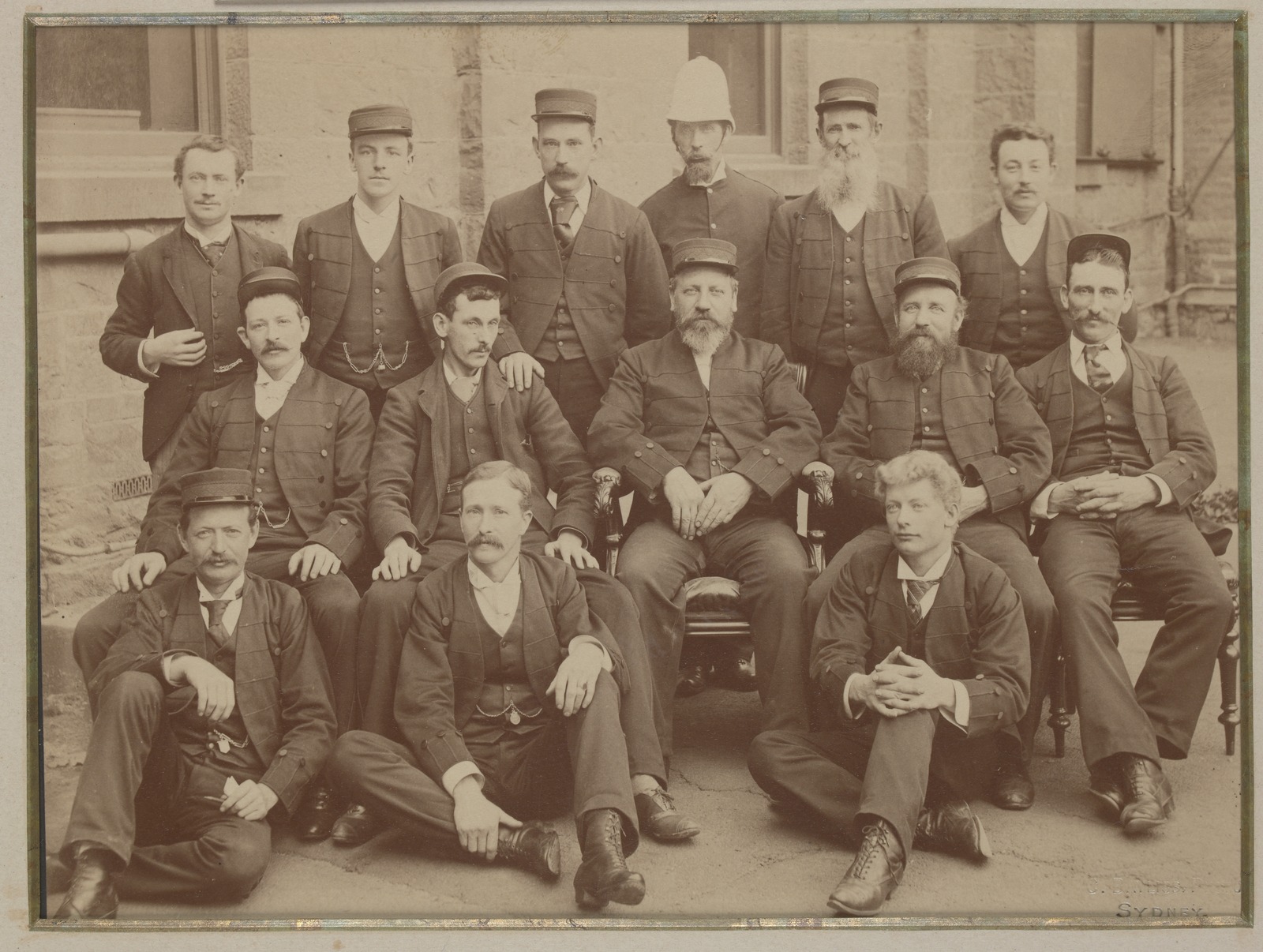 Group portrait photograph of the State Library of Victoria staff. They form three rows, two seated and one standing, and all but two wear a uniform. 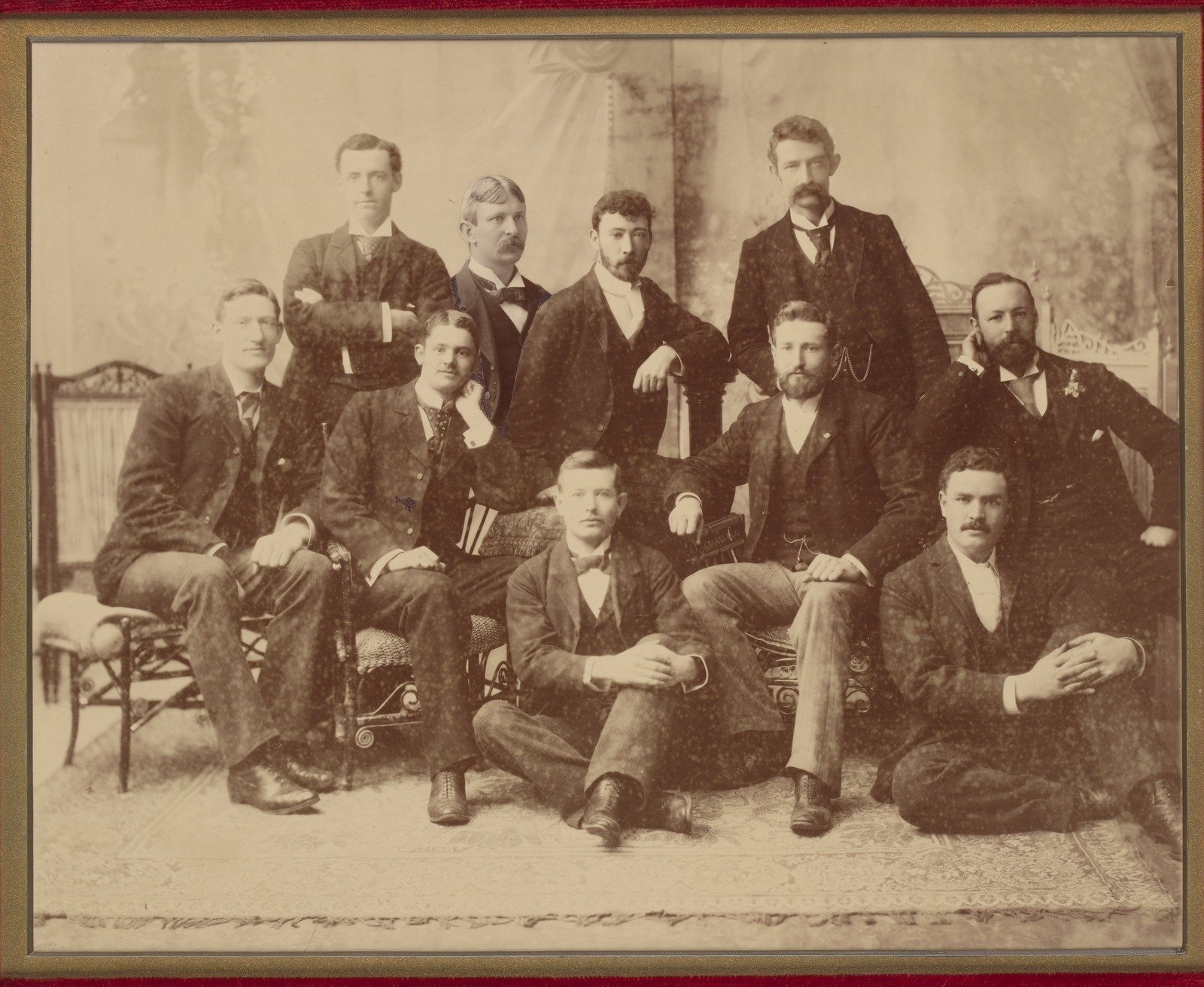 Group portrait photograph of the Public Library staff, 1893. Shows 10 men in jackets and ties seated in a room with large rug on floor. The man second from top left has been added into photograph at a later time. 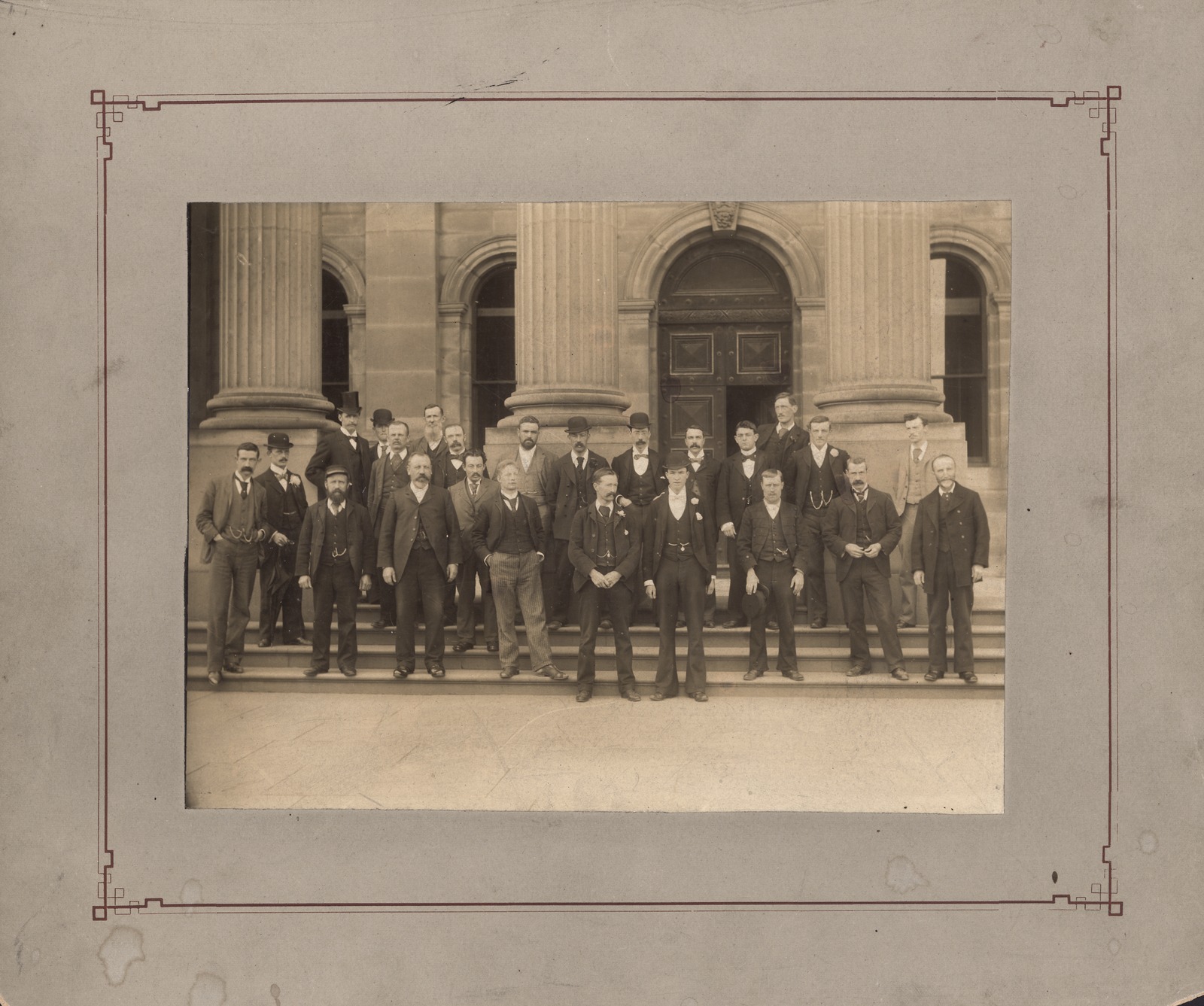 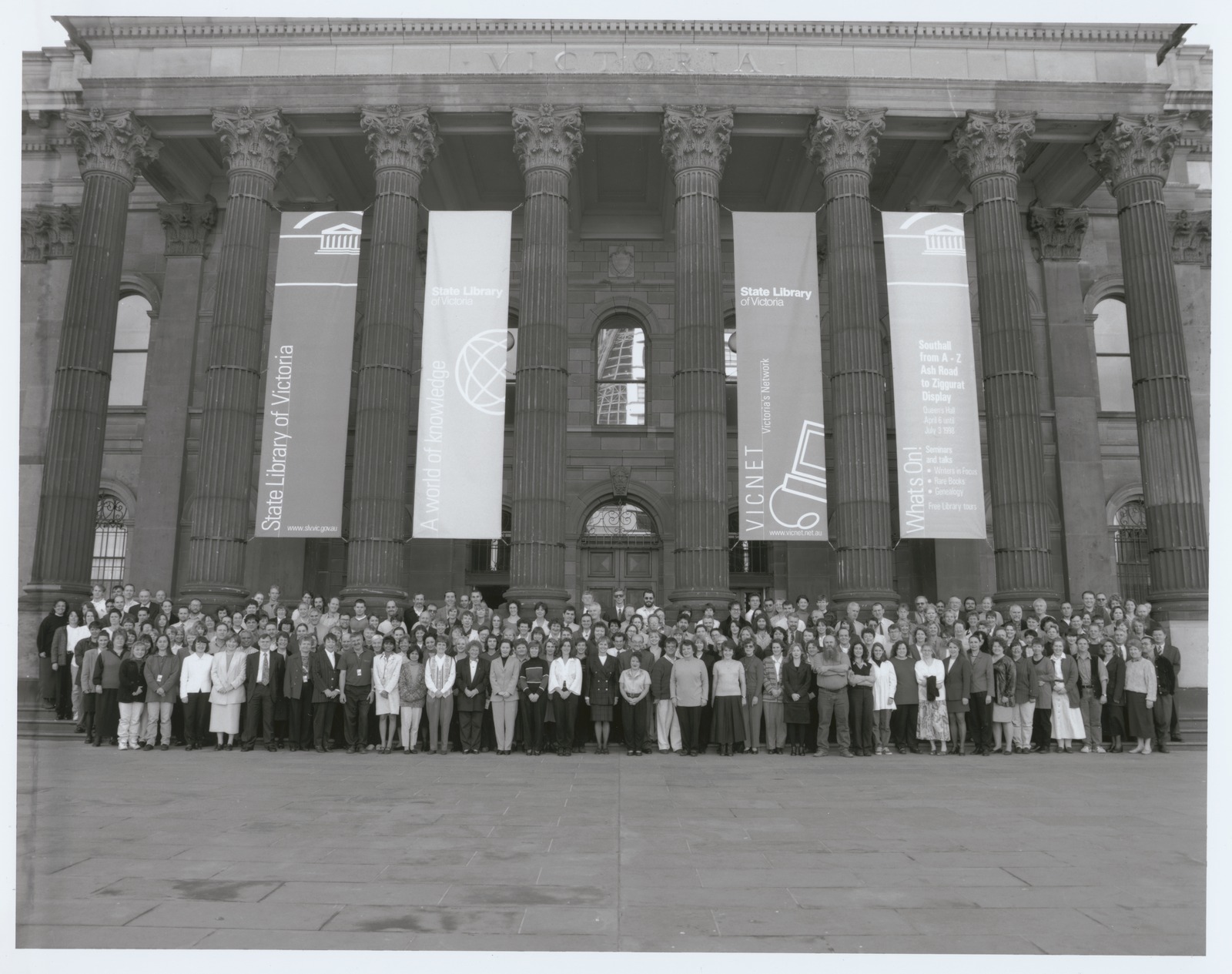 Library staff standing on steps of the portico of the State Library of Victoria.

State librarians and managers may be mentioned in published histories of the Library.

Senior staff are often mentioned in the State Library of Victoria News (SLV News) (1997-2014). Most articles in this publication were written by staff. It includes many photographs.

The La Trobe Journal (1968-), published by the State Library of Victoria Foundation, contains articles written by staff, and some staff obituaries. Special issue No 101 March 2018 includes memoirs by:

Several articles have been written about the life and work of Margaret Ingham (1910–99). She established the Children's Literature Research Collection at the Library, Noteably, she survived 52 days afloat in a lifeboat during World War II.