Barry Hall was opened on 2 September 1886. It was named after Sir Redmond Barry.

Barry Hall was located on the first floor of the south wing, on the Little Lonsdale Street frontage, running east and west. It adjoined the south end of Queen's Hall at right angles. It now houses the Wheeler Centre for Books, Writing and Ideas.

The Australasian, 11 September 1886, ‘The Librarian: the Public Library and National Gallery', p 523.

Account of opening of south wing of  Library on 2 Sept 1886, by George Verdon. The new wing is described. Includes a report on the progress of the institution to date. The book collection and classification are discussed, the plan to provide a ‘central desk' opposite the entrance, the art collection and Picture Gallery, and the Industrial and Technological Museum.

This pamphlet contains an address prepared by Sir George Verdon, a politician, barrister and banker, on the opening of the Barry Hall.

Includes a description of the layout of Barry Hall. 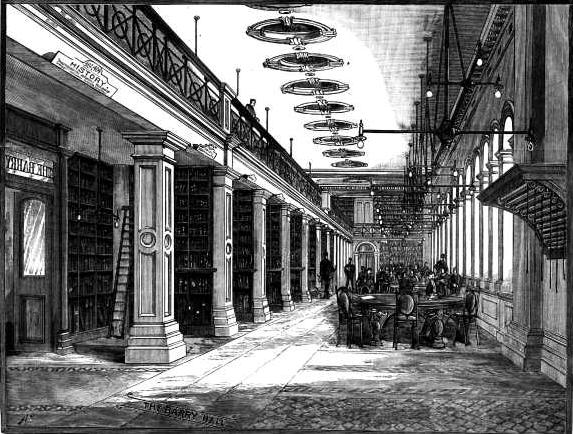