Every picture tells a story

Contemporary images (that is, paintings and drawings as this period predates the use of photography) can provide a wealth of information on how a place looked, or how an event may have occurred, in a vivid and immediate way, augmenting the written word. A good example of this is Samuel Jackson's Panoramic sketch of Melbourne Port Phillip from the walls of Scots Church on the Eastern Hill July 30th 1841

Detail from Panoramic Sketch of Melbourne Port Phillip from the walls of Scots Church on the Eastern Hill July 30th 1841; LT1043

Whilst completing Scots Church on the corner of Russell and Collins Streets the architect Samuel Jackson took the opportunity to make a sketch from the partially built tower using what was an established technique of the three hundred and sixty degree panorama - probably rotating his vantage point while making his picture with the aid of a barrel. We have, as a result, a comprehensive depiction of what the town of Melbourne looked like at this very early stage of its development.

Liardet's watercolours of early Melbourne comprise the visual reminiscences of W.F.E. Liardet who arrived in the colony in 1839 and was involved in a number of commercial enterprises. He was also a water colourist and painted his memories of early Melbourne later in life.

For example, the catalogue includes the following two images by surveyor, architect and artist, Robert Russell, depicting Melbourne from the same vantage point (south of the Yarra River) in the years 1837 and 1838: they show in a graphic way how much the settlement developed from one year to the next. 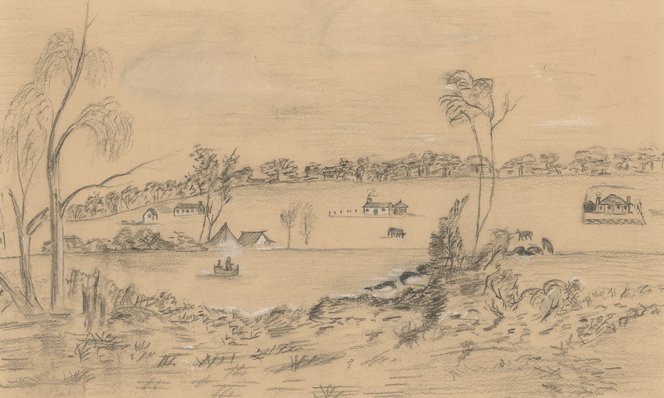 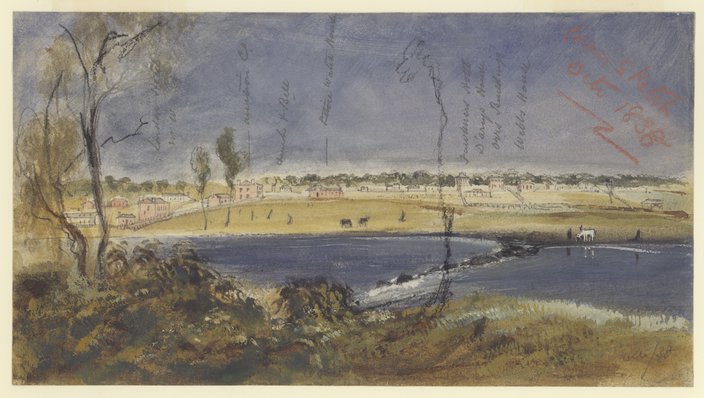 For more information on pictures try our Picture research guide.

The Library's Pictures catalogue can be also used to locate portraits of people significant in Victoria's early history: simply search under the names of individuals such as John Batman to bring up portraits of them. 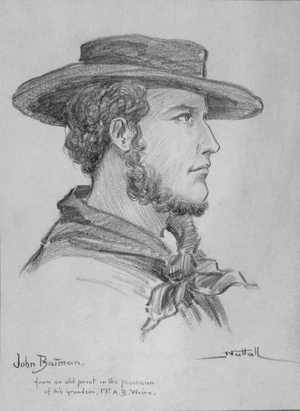