What are primary sources? 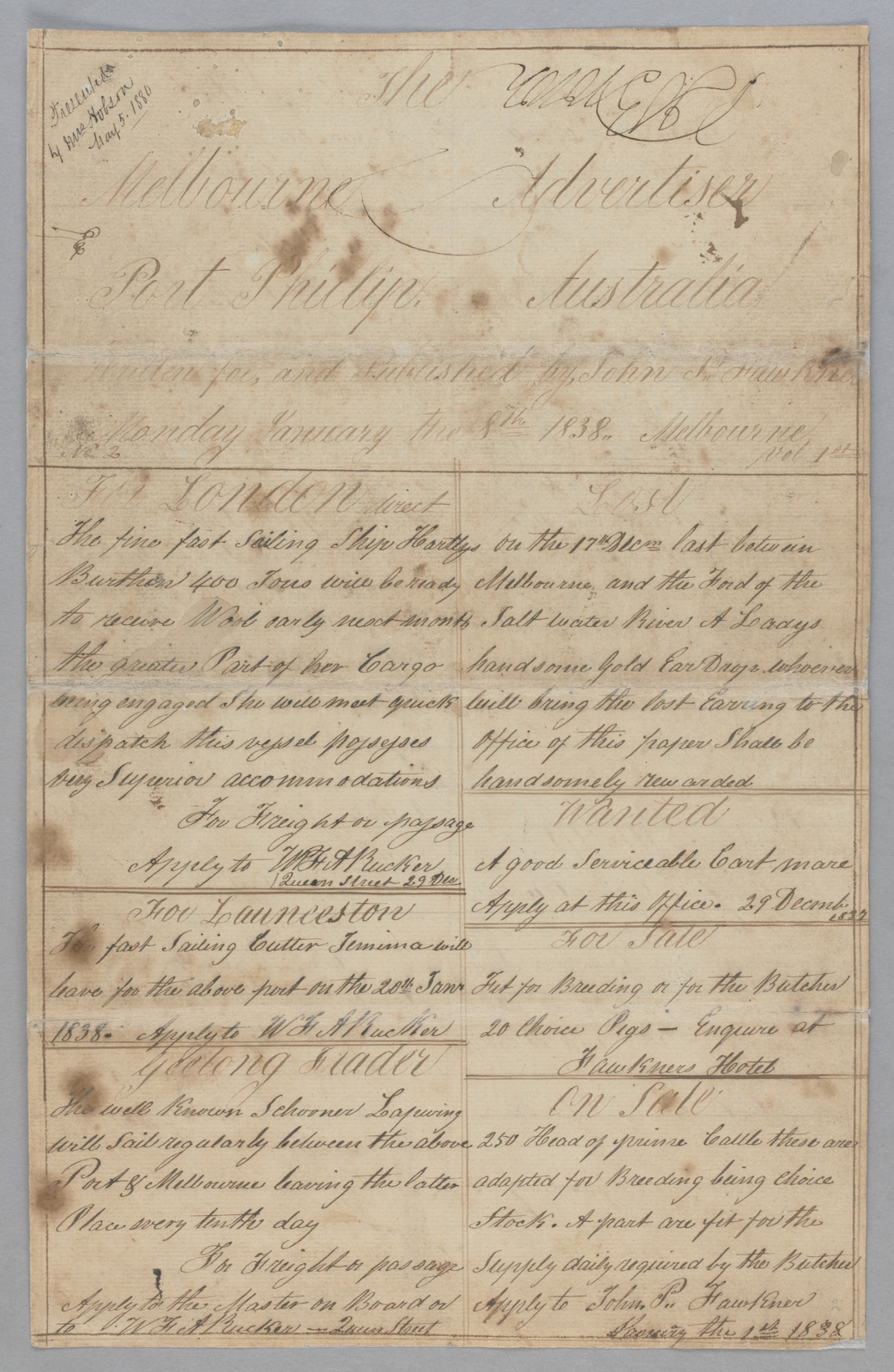 The Australian Joint Copying Project (AJCP) was established to microfilm historical records in the United Kingdom relating to Australia and the Pacific. 10,419 reels were produced, two thirds comprising British official records, most notably those of the Colonial Office (CO), ranging from 1740 to about 1955. Note that relevant documents for the Port Phillip District of New South Wales are listed under New South Wales.

The remaining reels contain copies of private records in repositories throughout Britain and Ireland.

The material filmed by the AJCP was divided into two classes: the PRO Series and the M Series.

The records of the Colonial Office (CO) and the Dominions Office (DO) make up almost 40 per cent of the PRO series, and include: despatches, letterbooks, correspondence and registers. In addition to the records of the Australian, New Zealand and Pacific colonies, records also include colonial appointments, honours, emigration, overseas settlement schemes, the World Wars, & imperial policies and relations.

It also contains some official records, including selections from the archives of the Hydrographic Office, the Post Office and the Ministry of Defence.

Originally described collectively in AJCP Handbook. Part 8, Miscellaneous Series. Third edition, 1998, the M Series is now described by 511 individual finding aids, one for each group or collection of records filmed! You can browse the finding aids and digitised records from the M Series online.

You can search the records of the Australian Joint Copying Project through the National Library of Australia's AJCP Portal.

AJCP at the State Library

The State Library Victoria holds a complete set of the AJCP microfilm plus hard copy sets of the handbook guides listing and describing the records filmed. These guides can be found by doing a subject search on our catalogue for Australian Joint Copying Project. 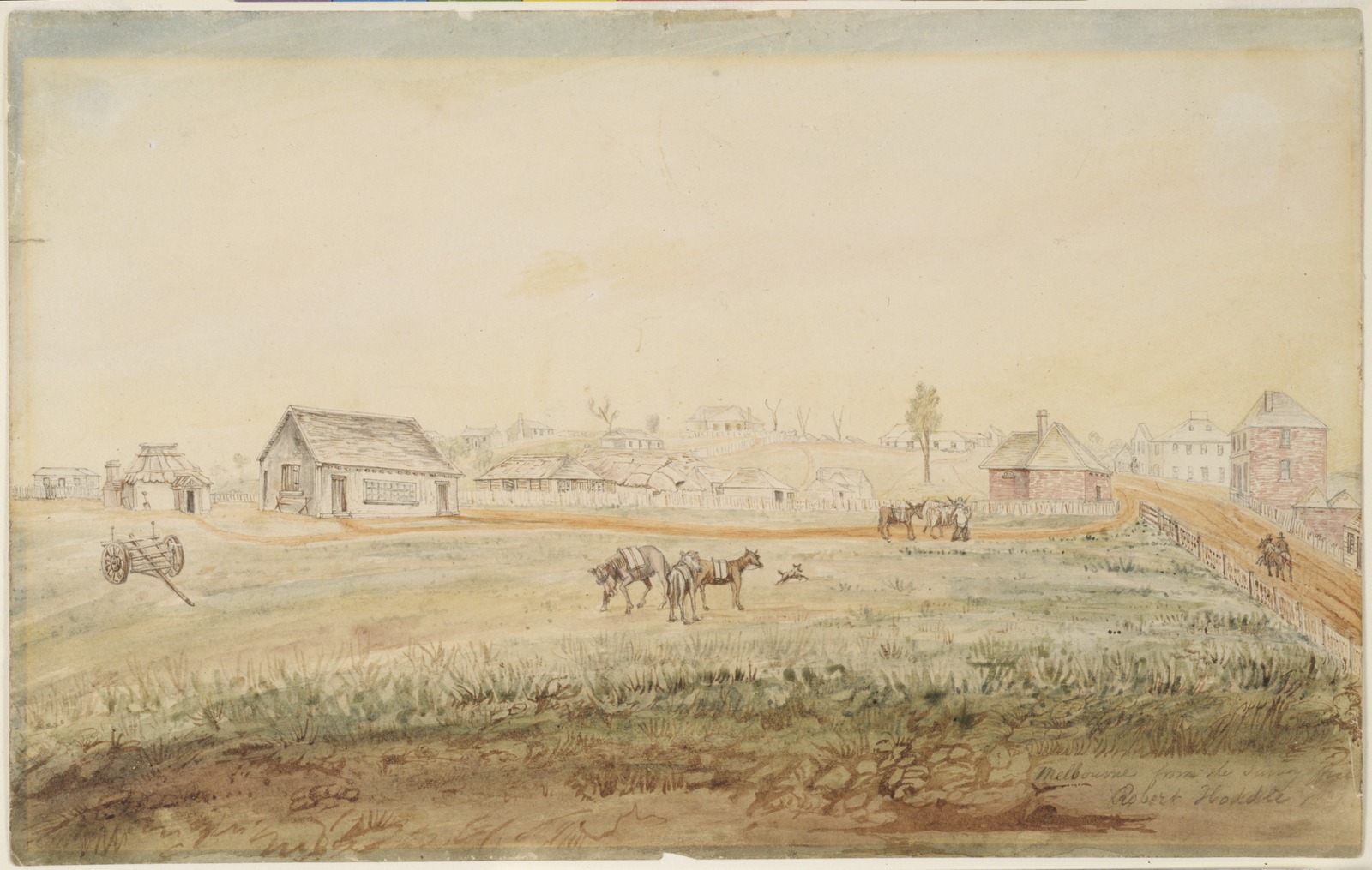 Melbourne from the Survey Office, 1840. Watercolour and pencil by Robert Hoddle; H260

Many of the official documents relating to the foundation of the Australian colonies have also been reproduced in the Historical records of Australia series. The vision for this project was broader than the eventual product. Seven separate series were envisaged, of which only three have appeared (I, III, IV). Each volume contains transcriptions of the official documentation between the Colonial Office and the local governments in the different states.

You can find print copies of the Historical records of Australia in the Latrobe Reading Room ("the Dome") at LT 994.02 H62W

The Library has two CD-ROM indexes to these documents:

A collection of documents relating to the 1803 Sorrento settlement, Historical records of Port Phillip: the first annals of the colony of Victoria was first published in 1879. The 1879 edition is available to read online.

The Foundation Series of Historical Records of Victoria, volumes 1-7, reproduces every available official document that survives from the vital first years of the Port Phillip District, 1835-1840. This vast treasury of documents was assembled by the editors from the collections of the Public Record Office of Victoria, the official state archives. Each volume of the series covers a different aspect of early colonial society and the arrangement of documents within each volume is thematic:

The earliest systematic collection of information about Australia's residents occurred in 1788. The states and colonies regularly collected data in censuses or musters up until the first national census in 1911. The Library provides access to information from many earlier censuses recorded by the states or colonies. For some censuses, only statistical reports have survived (not records of people). Check our Early Australian census records research guide to find out what information is available, and how to access this material.

The colony's first newspaper, The Melbourne advertiser, published by John Pascoe Fawkner, appeared on 1 January 1838 and included news items, notices, advertisements and shipping intelligence. The first ten issues were handwritten. As it failed to conform to the Press Act administered from Sydney, Fawkner was obliged to close it after only 17 issues 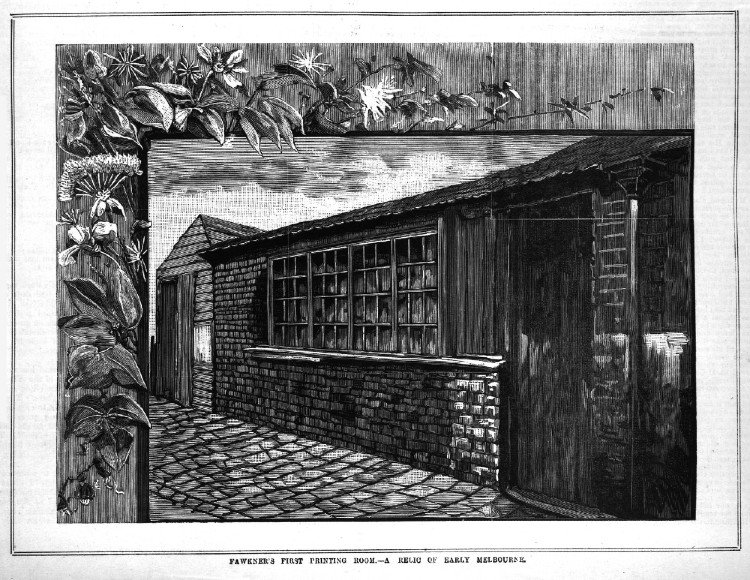 The Port Phillip herald which eventually became the Melbourne evening newspaper, the Herald, commenced on 3 January 1840, whilst the long running Argus started on 2 June 1846 (originally under the title of The Melbourne argus), absorbing the Daily News (the Age did not begin until 1854).

Newspapers in a new colony were a daily necessity. They are also a rich source of contemporary information for the researcher. In addition to publishing news from home and abroad, they published shipping news, carried important advertisements that enabled the immigrants to find lodgings and buy equipment, printed information about the mails and published government notices as well as government and private tender notices.

They also reported on government activities and parliamentary proceedings, public meetings and lectures, theatrical and musical performances, court cases and much more.

These early newspapers are available on microfilm from the State Library Victoria's Family History & Newspaper Rooms. The Melbourne advertiser and the Argus have also been digitised and are available for viewing online.

The various collections that together make up the Port Phillip papers are a major strength of the State Library Victoria's collections. They include "foundation" documents relating to early European settlement in Victoria. Many of the items in these collections are now digitised, including:

A full list of digitised material from the Port Phillip papers collection can be found online.

Until 1851 Port Phillip was under the administration of New South Wales which, in turn, was answerable to the government in the United Kingdom.

It is therefore necessary to turn to the parliamentary publications of these two authorities for government reports and other material relating to the Port Phillip District.

Pages 302 - 303 of A history of the Port Phillip District: Victoria before separation has a list of 'Reports and Correspondence' published in the Parliamentary Papers, United Kingdom, together with 'Reports of Select Committees' published in the Votes and proceedings of the New South Wales Legislative Council. These provide a useful starting point for identifying relevant material.

The Victoria Government Gazette is the government's method of notifying the general public of its decisions and activities.

It includes a wide range of information from land transactions, insolvency notices, impoundments and patent applications, to shipping and emigration notices, licences, contracts, proclamation of acts, government appointments, and more.

Note: the search function on the Victoria Government Gazette site only accesses information in the Gazette indexes. It does not search for information on individual pages, but you can search the full text of the Gazettes through the AUSTLII website. The Help section for the Online archive contains a link to AUSTLII along with some instructions for searching the full text.

Melbourne from the Falls 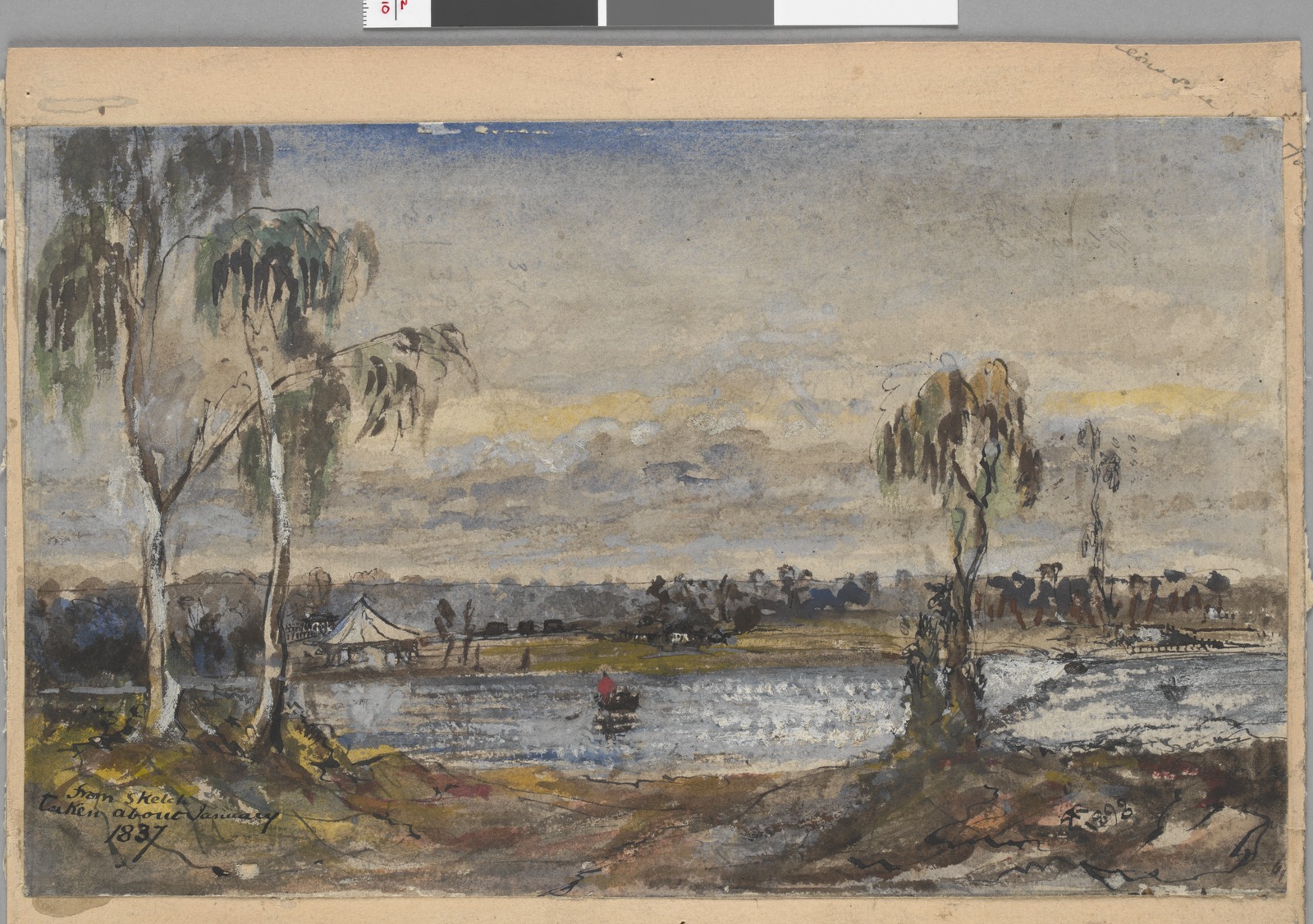 From sketch taken about January 1837- Melbourne from the Falls. Watercolour by Robert Russell; H568

Early experiences in Australasia: primary sources & personal narratives 1788-1901 Offering first-person accounts, including letters and diaries, narratives, and other primary source materials, this database provides a unique and personal view of events in the region from the arrival of the first settlers through to Australian Federation at the close of the nineteenth century.

Frontier Life: Borderlands, Settlement & Colonial Encounters This digital collection of primary source documents helps us to understand existence on the edges of the anglophone world from 1650-1920.The beginnings of European Australia and New Zealand are covered by British government documents, starting with Arthur Phillip and the penal colony at Sydney. The frontiers of other parts of Australia are also covered by documents from the UK National Archives and some material from Australian Archives.

Access to these database is freely available in the Library. Victorian residents who are Access members with the State Library can also access these eresources from home.