This page will help you find versions of the Alice books that have been transformed in parodies, selective reformulations, reformatted as pop-up books, and in advertising.

To find more information about adaptations of the Alice books go to the search screen and enter the keywords Carroll adaptations. Also follow the search strategies explained on the Translations page of this Guide.

To find parodies of either or both Alice books, enter the keywords 'Alice Carroll parodies' in the large search box

Alice in one dear land 1922 and Through the joke in class 1923 by George Collingridge cover and frontispiece below.

Collingridge's wood engravings illustrate these parodies and his text supports the theory that the Portuguese charted all but the south coast of Australia before 1530. 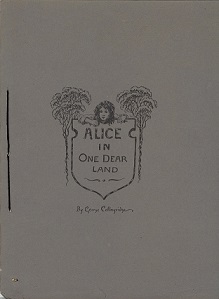 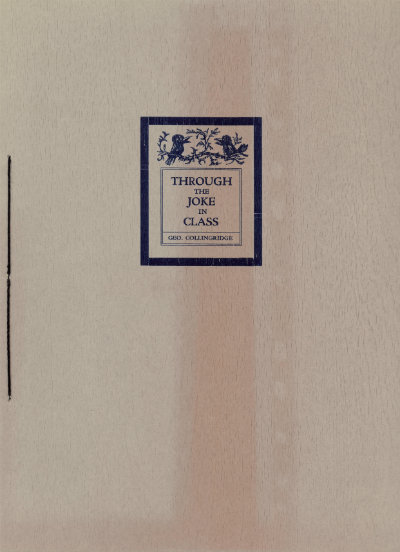 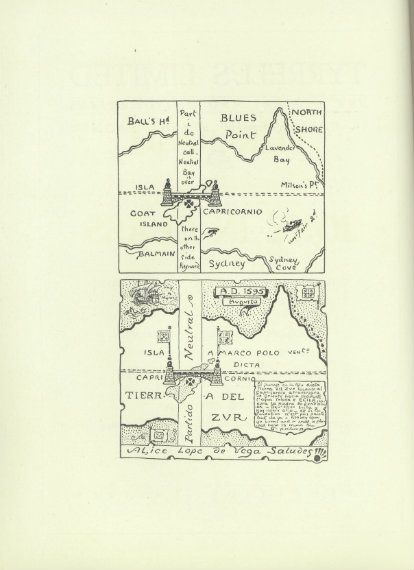 Below -  cover and frontispiece. 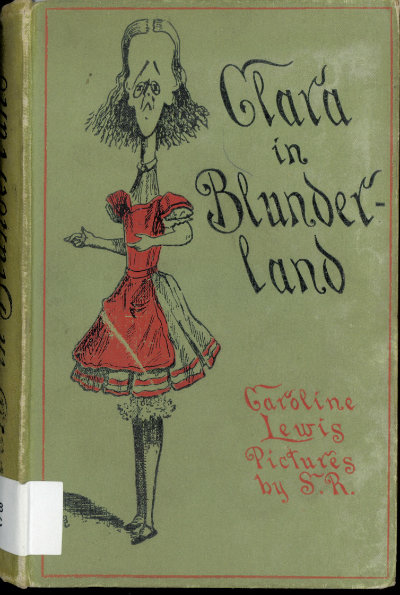 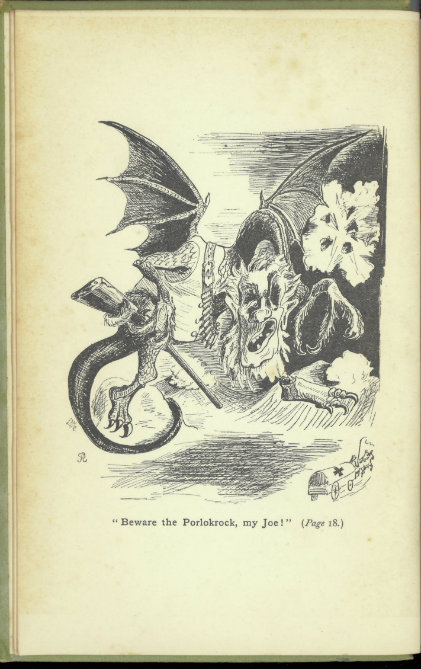 Malice in Kulturland links to the fully digitised version. This 1914 parody is critical of many aspects of England's involvement in conflict.

The image of the Jabberwock, the Kaiserhog, is a reference to Wilhelm II of Germany and his support for the 1914 Austria-Hungary crisis that led to World War I. 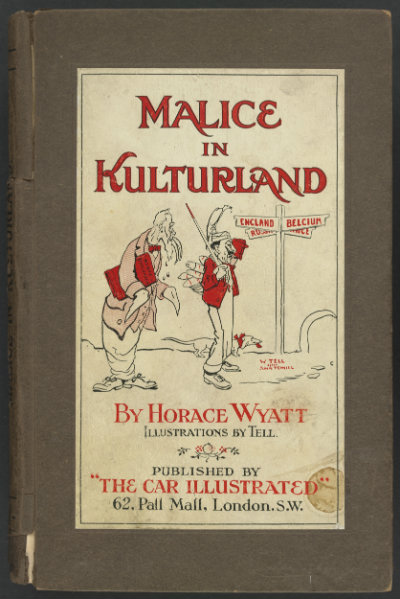 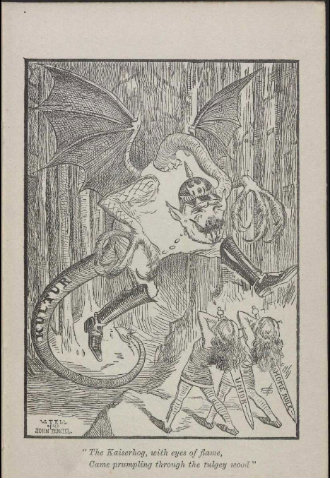 This advertising booklet adapts Alice's adventures through the looking-glass by association with the qualities of a glass of Guinness ale.

Lewis Carroll's Alice's adventures in Wonderland 2010 illustrated by Croatian artist Zdenko Basic, (at left below) . Here he combines his interest in theatre, puppetry, and photography in textured collages.

Robert Sabuda's Alice's adventures in Wonderland 2003 (at right below) is an example of his intricate and challenging pop-up books for children. His sophisticated paper engineering skills and admiration for Carroll's narrative combine here in the form of a pop-up book within a book. 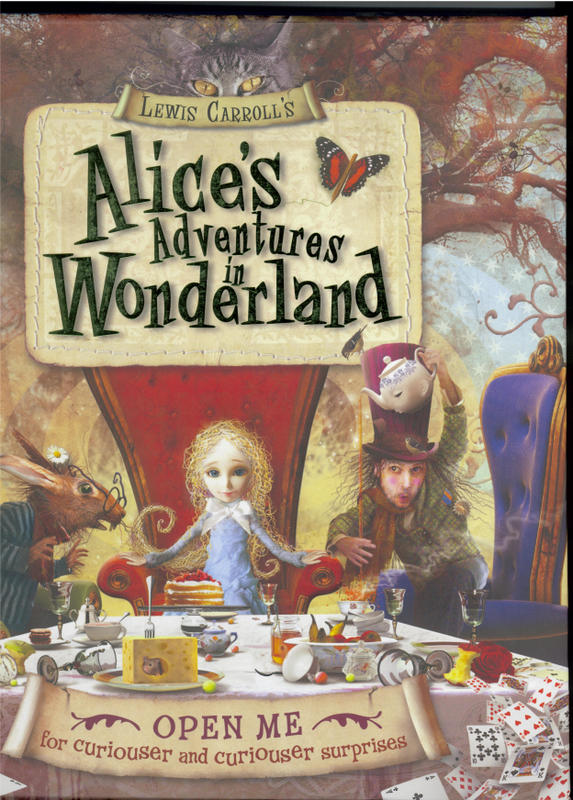 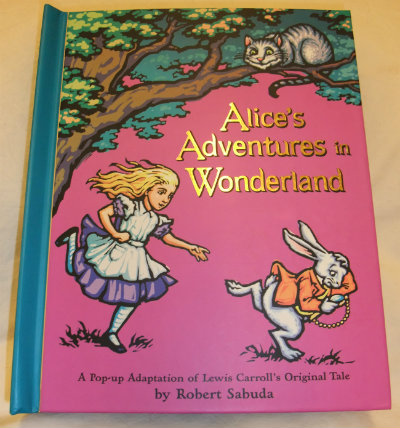 Alice's adventures in Wonderland: a pop-up book illustrated by Jenny Thorne, and paper engineer Roger Diaz 1980. The example on the right shows Diaz's delicate work in creating the scene where Alice follows the White Rabbit down the rabbit hole. 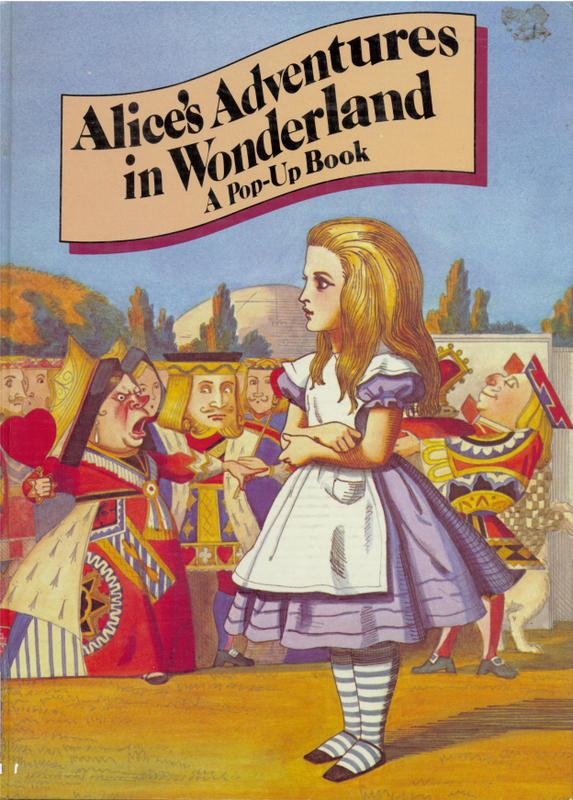 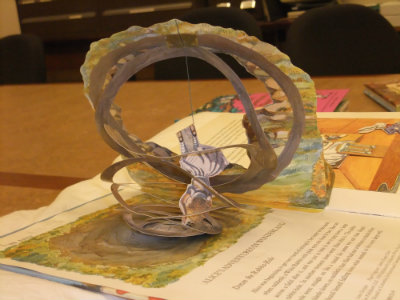 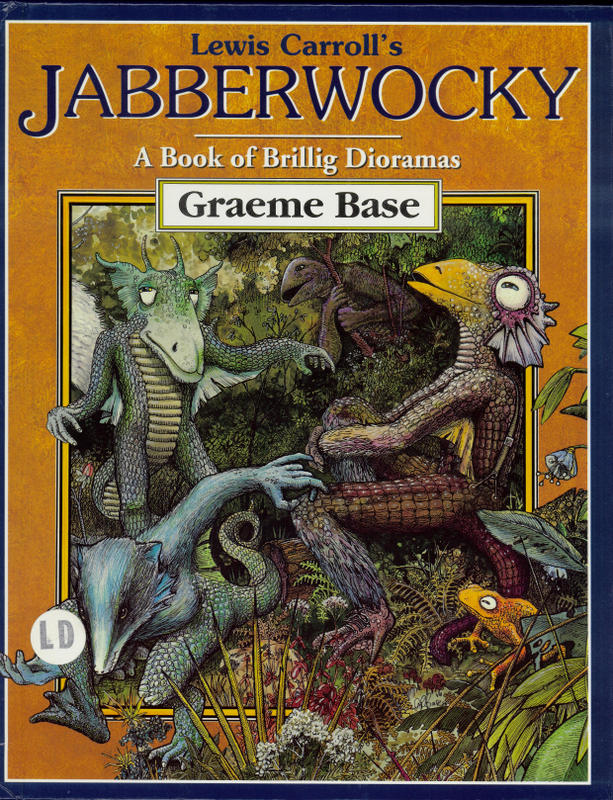 Jabberwocky: a book of brillig dioramas 1996 by Graeme Base is designed to stand upright when the covers are brought together. Base uses the elements of paper engineering to recreate a diorama of Carroll's famous poem Jabberwock

Alice in Wonderland: with "Come to Life' Panorama 1921. The central double page illustrated below, stands up like a diorama of all the Alice characters through a system of tabs when the page is opened. 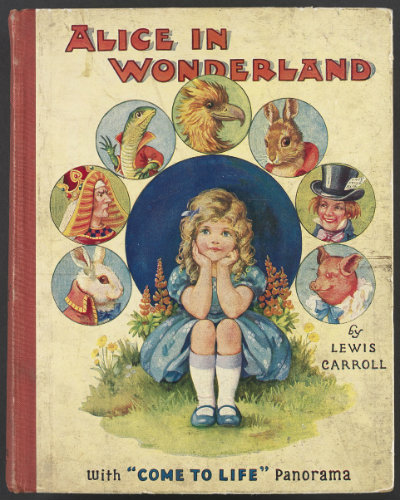 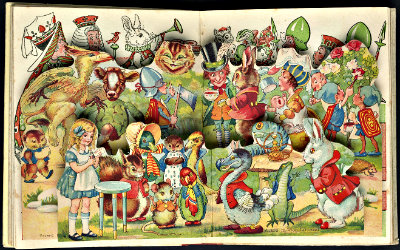 Navigation with Alice 1961, during WWII Frank Debenham taught the principles of navigation to cadets in the Navy and Air Force and chose to set their academic course to the Alice theme. 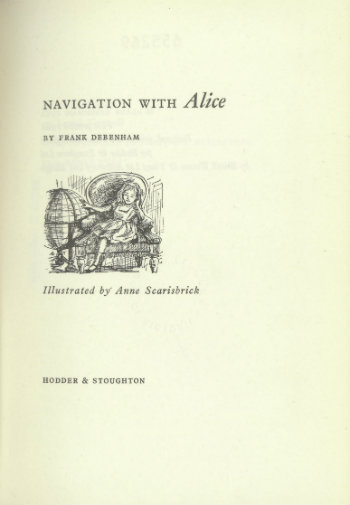 Alice through the pillar box and what she found there: a philatelic phantasy 1978, using Tenniel's illustrations in stamps and first day covers, Gerald King reformulated characters and events from both Alice books in this philatelic fantasy. 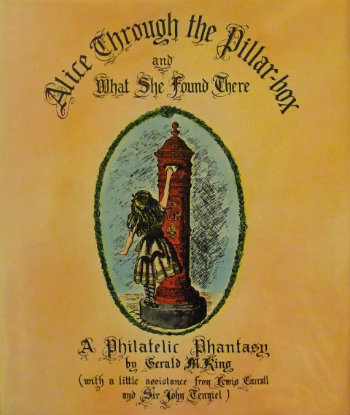 Alice's cook book: a culinary diversion 1975, is more than a collection of recipes compiled from the many references to food in both Alice books: the Drink Me soup is to be eaten slowly to prevent shrinking; and the Ambidextrous Mushrooms on rounds of hot buttered toast is to be nibbled carefully from either side. 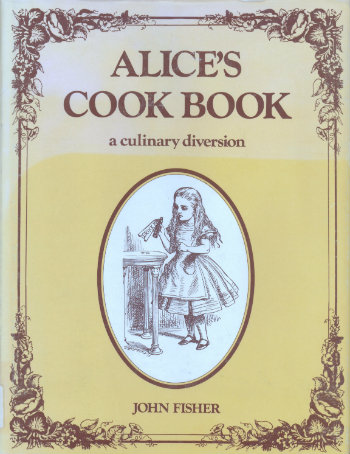 Alice in Wonderland printed in Gregg shorthand in 1942 this and other shorthand versions are testament to the popularity of the Alice books, that the universal nature of content would assist learning shorthand. 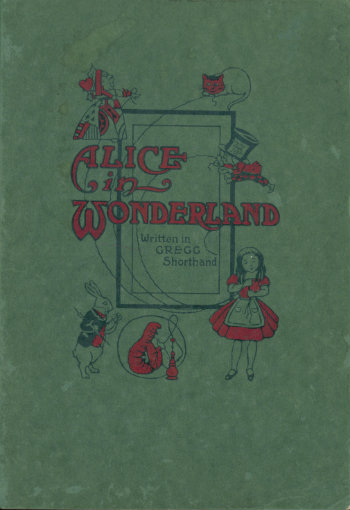 Walt Disney's Donald in Wonderland 1976, is a 5 page boardbook abridgement with a single line of text at the bottom of each coloured illustration. 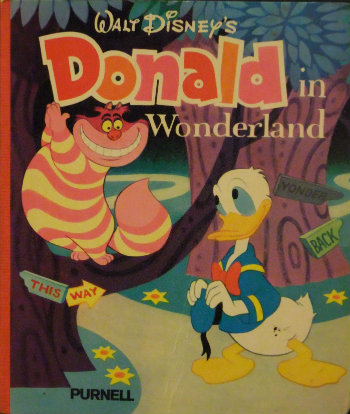 Alice's adventures in Wonderland told mostly in words of one syllable illustrated by Thomas Maybank 1907, is part of the 'One Ssyllable' George Routledge series. Maybank's illustrations are evocative of Tenniel except that Alice is dressed like an Edwardian child. 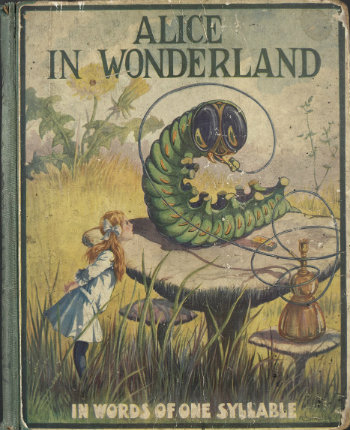 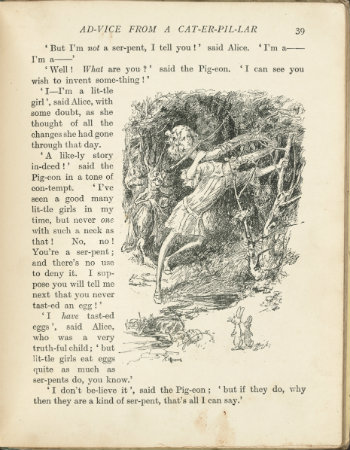