Alice on the Stage

Books, articles and videos about theatrical performances of Alice follow

Lewis Carroll and the Victorian stage: theatricals in a quiet life 2005, is held at the University of Melbourne Library. 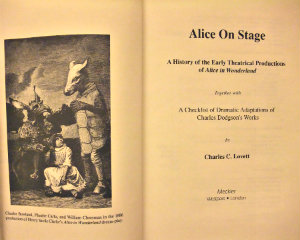 'Andre Gregory's "Alice in wonderland": playing with Alice' in Astonish me: Adventures in contemporary theater pp. 49-66, 1973. This collection of essays on contemporary theatre includes a chapter on the 1970 play Alice in Wonderland performed by the Manhattan Project theatre group directed by Andre Gregory.

Alice on stage: a history of the early productions of Alice in wonderland, together with a checklist of dramatic adaptations of Charles Dodgson's works 1990. This explores the influence of English theatre on Carroll and provides an historical contextualisation to the first stage production of Alice in Wonderland.

'Alice in wonderland' in Encyclopedia of pantomime, pp. 221-222, 1993, is held at the University of Melbourne Library. 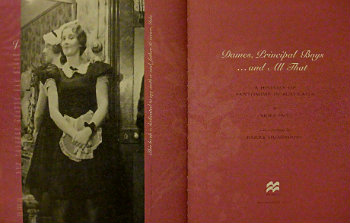 Children and theatre in Victorian Britain: all work, no play 2008. This is a scholarly work on the role of children in 19th century British theatre, including productions of Lewis Carroll's Alice.

This website lists the films and television programmes based on either or both Alice books. A separate search of the internet may turn up these recordings.

Videos held in the Library

Alice's adventures in Wonderland performed by the Royal Ballet at the Royal Opera House, choreographed by Christopher Wheeldon, 2011 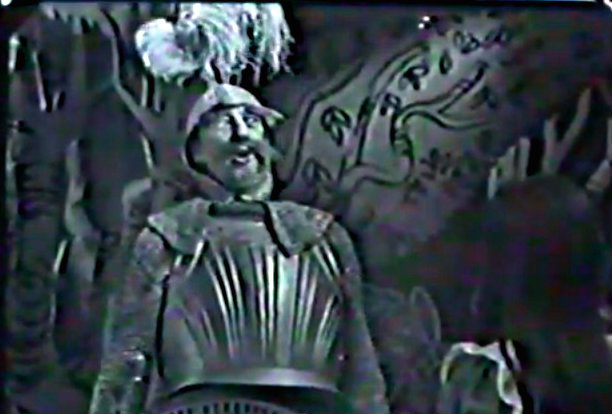 The first Australian professional production of Alice in Wonderland was staged by J. C. Williamson at the Theatre Royal in Sydney, December 26 1901. The article 'Music and drama' in the Sydney Sportsman criticised the performance as 'too English' and credited the successful aspects of the show to the Australian child cast members.

In 1956 the Phillip Street Theatre in Sydney staged a play that incorporated elements of both Alice books and starred Kathleen Gorman as Alice. The programme is held in the Performing Arts Collection of the Melbourne Arts Centre. Gorham went on to become the principal dancer with the Australian Ballet. 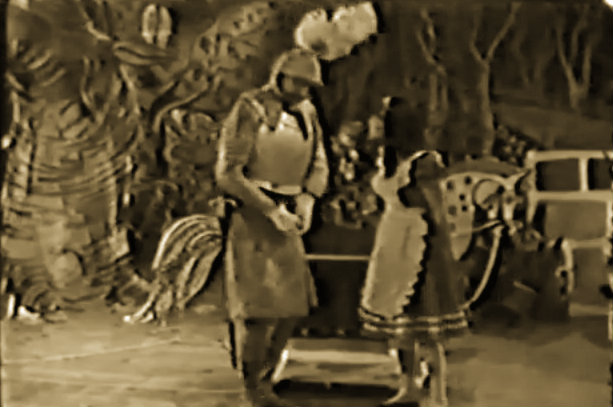 Patricia Moore stars as Alice, Chips Rafferty as the White Knight and Suzanne Ferrier designed the sets and costumes for both the Tivoli stage production above, and this television production. Stills from the 1962 adaptation for the BP Super Show are shown here.

The Performing Arts Collection in the Arts Centre Melbourne holds a marionette puppet created for the Pilgrim Puppet Theatre's production of Alice in Wonderland in 1978.