Convicts to the Port Phillip District were small in number compared to the other parts of Australia. These small numbers can be categorised into six specific groups of convicts.

A full account of the voyage and the convicts settlement in the Port Phillip District can be found in Marjorie Tippings, Convicts Unbound: the story of the Calcutta convicts and their settlement in Australia. While a personal account by 3rd Lieutenant, Nicholas Pateshall describes the voyage and the difficulties encountered at the settlement. One of the escapees, William Buckley from the Settlement, spent 32 years with the Wallawarro or Wathaurong people.

Captain Samuel Wright received orders in November 1826 to take a number of men and convicts from Sydney to form the settlement. Small numbers of convicts were added by later voyages but the settlement was abandoned by February 1828.

After John Batman, John Pascoe Fawkner and members of the Port Phillip Association arrived, Captain William Lonsdale was appointed the first Commandant of Port Phillip. The new settlement required labour and this was supplied by convicts. The main records of these convicts are held at Public Record Office Victoria, Register of Convicts 1842-1854.

Ships that landed in Port Phillip carried convicts that had been issued with a Ticket of Leave prior to departure from England. These convicts had a Conditional Pardon. Prisoners were from Pentonville, Parkhurst and Millbank prisons. The exile program was designed to help with the labour storage. Notification of exiles, 1844-1849 records are held at Public Records Office Victoria.

The Supreme Court was established for more serious cases of law infringement and a high percentage of these cases were convicts or former convicts in the Port Phillip District re-offending.

These were convicts who received their Certificate of Freedom or Unconditional Pardon. The only way to know if a settler was a former convict is to search for their arrival into the Port Phillip District and records that identify a convict past.

You can use either the Handbook - a digitised version of the hardcopy is available online from the link on the right hand side of this page, or use the finding aid to search and browse the collection online.
See the Finding records page in this guide for more information on searching the collection. The Handbook provides piece level information, with a date range and description of the subject or responsible body for the documents. 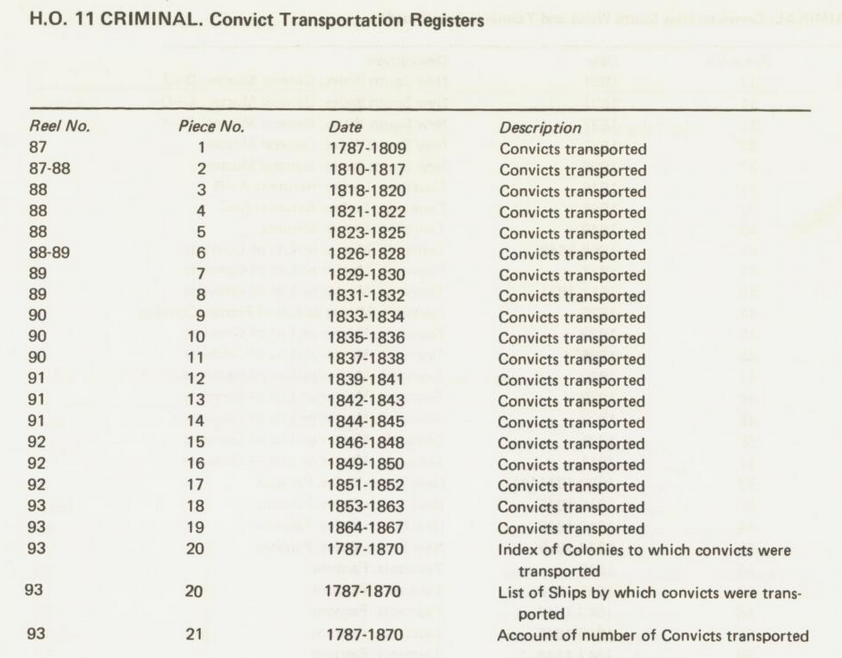 To get to the online collection from the Handbook, search on the series number: HO 11, for example, and browse to the item of interest.

The online finding aid lists the various series of records and direct links to individual items in their hierarchical structure.
You can search this collection for words that are included in the file name or description, and browse to see the full list of records at the various levels and date ranges.

For example, here is a page with the search result for Patrick Madan including, Drafts of pardon for the condition of transportation for life:

Records from the Home Office that may be of particular interest are:

HO 7 Minutes of the House of Commons Select Committee relating to the transportation of the convicts to west Africa, 1875. Correspondence and papers, 1823-1835 include reports of incidents on convict ships, and lists of deceased convicts in New South Wales. (1829,1833,1834).

HO 10 Convicts, New South Wales and Tasmania, 1787-1859
Contains muster listing male and female convicts living in colonies of New South Wales and Tasmania. Lists are particular as to the ships on which the convicts transported by, date of arrival in the Colony, marital status, religion, a list of pardons granted, and if no longer a convict where they were presently employed.

HO 13 Criminal Papers. Entry Books, 1786-1871
Contains copies of out-letters, warrants and pardons from the Secretary of State for the Home Office. Letters include those to Justices of Assize Courts, Sherriffs, Mayors and private individuals who have presented petitions to the Home Office regarding certain prisoners. Letters have been copied chronologically. There is an index for Volume 5 only.

HO 16 Old Bailey Sessions, 1815-1849
Monthly returns by the Clerk of the Sessions concerning the prisoners committed for trial at the Sessions of Oyer and Terminer and Goal Delivery for the City of London and County of Middlesex, includes charges laid against them, the verdict and sentence. Age of prisoner is also included from April 1834. The arrangement of names is in order of the severity of the sentence, from death and transportation for life, to be delivered by proclamation.

HO 27 Criminal Register Series II, 1805-1868
Other Counties. Contains similar information to Series I described above. Middlesex is included after 1850.

Guide to the Transportation records (Ireland to Australia) held by the National Archives of Ireland 1788-1868
Records include transportation registers, convict register and register of convict on ships, prisoners' petitions and cases, convict reference files, Fenian photographs and free settlers' papers.

ADM 101 Office of the Commissioners of Sick and Wounded Seamen (Sick and Hurt Board) and successors. Registers. Medical journals 1798-1856
Journals kept by surgeons on convict ships, travelling to Australia, 1816-1856, emigrant ships bound for Australia and New Zealand, 1825-1853, and selected journals from naval vessels. 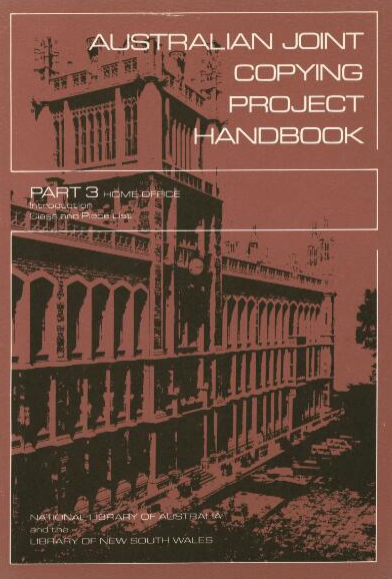 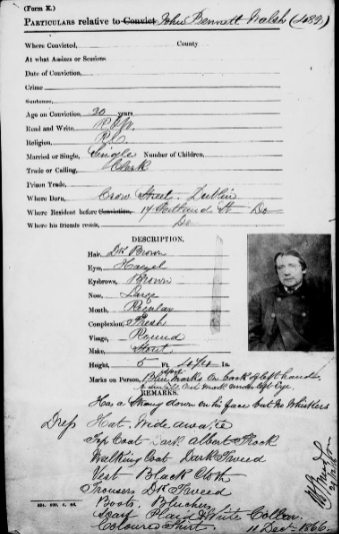