A guide to researching health and welfare records for family historians

Access to records may be closed for the following reasons:

Most historical mental health records can be found at the Public Records Office Victoria, (PROV). PROV has created a guide for various records held by medical institutions that had responsibility for those who at some point were admitted to lunatic or other asylums. These institutions where obliged to keep comprehensive clinical and treatment records and records of the circumstances of their patients with mental illness or intellectual disabilities.

A partnership between PROV and Ancestry.com has resulted in the Victorian Asylum records, which have been digitised from 1853 to 1940 and are available online via Ancestry.com. If you don't have a subscription to Ancestry.com, you can access Ancestry Library Edition free at State Library Victoria or at any public library service in Victoria.

The following asylums records are included:

On Ancestry Library Edition you can do a name search in Victoria, Australia, Lunatic Estates and Register 1867-1906 and the Alphabetical Register of Lunatics - Record Series (VPRS) 1706 (both from PROV records). Again, if you don't have a subscription to Ancestry.com, you can access Ancestry Library Edition free at State Library Victoria or at any public library service in Victoria.

Public Record Office Victoria website can assist you with patient records if know where your person was a patient, year and rough date of admission and last name. If believe your ancestor may have been admitted to an asylum but are not sure which one you can consult these digitised indexes of patients for Yarra Bend, Collingwood, Ararat, Beechworth, Cremorne, Kew, Ballarat, Sunbury asylums. Select the name of the institution to access the record for that institution.

Records that are not digitised can be accessed at PROV. Some records are restricted because PROV is governed by Records Act 1973. Section 9 of the Act allows for closure of "personal or private" records. For further details on how to access consult Closed records from the PROV website. Contact PROV in the first instance as this may lead to a request being made to the agency or a special access request.

Other useful resources include:

Some asylums & licensed houses [microform] indexed and published by Marion and Westley Button. Microfilm held at State Library Victoria, compiled from records held at the PROV.

Information that can be found in mental health records

The admission register for the first decade of Yarra Bend has survived. The information that can be found for each patient:

Details of other records can vary and some have not survived. In general this what you may find:

Before Yarra Bend Lunatic Asylum was established the mentally ill were housed in jails and mixed with other prisoners. The most dangerous were shipped to New South Wales. In 1848 when Yarra Bend opened it was known as Tarban Creek Asylum and was part of the New South Wales system. When Victoria separated from New South Wales in 1851 the asylum was then known as Yarra Bend Lunatic Asylum. Opened with the capacity of 25 inmates, by 1857 it held over 300. Overcrowding was a huge problem so other asylums were established in Beechworth and Ararat in 1867 and Kew in 1872. Kew's main purpose was to replace Yarra Bend but because of overcrowding the two asylums operated independently.  Sunbury and Ballarat were also established before 1905. Lunacy wards were also established at hospitals in Castlemaine, Geelong, Bendigo, Upper Goulburn at Woods Point and Gippsland Hospital at Sale. In 1907 the decision was made to build Mont Park. Over 1200 burials were held at the Yarra Bend cemetery before it closed. From the 1880s most were exhumed and re-buried by the Melbourne General Cemetery, typically in unmarked common graves. The last of the inmates left Yarra Bend for Mont Park in 1925. 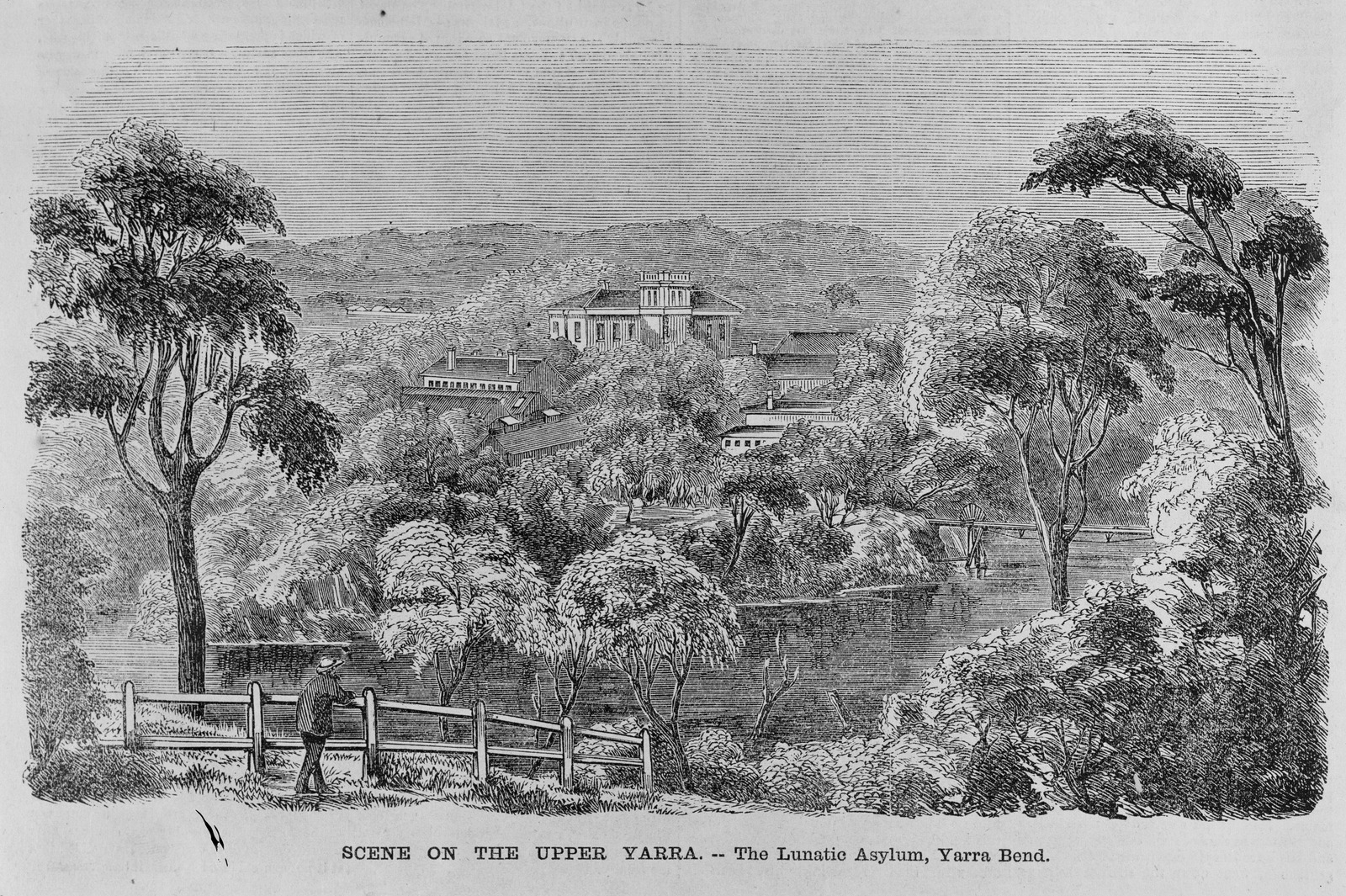 Not until the 1870s was there a distinction made between persons who were mentally ill (lunatics), intellectually disabled (imbeciles or idiots), and alcoholics (inebriates) so they were housed at the same institutions. A licensed house was an institution that was granted a license by the Chief Secretary to house one or more insane people. The first inebriate asylum was established in Northcote in the early 1870s and one opened in Ballarat in 1877. Also in 1887 a series of detached cottages were added to Kew Asylum to house young adults and children with intellectual disabilities so they could be separated from the mentally ill for the first time. This accommodation was first called Cottages for Idiots and later known as Kew Cottages. The cottages were closed in 2008. Kew Asylum changed its name is 1903 to the Hospital for the Insane. In the 1930s it was known as the Mental Hospital and in 1960 it became the Willsmere Psychiatric Hospital, which was closed in 1988. 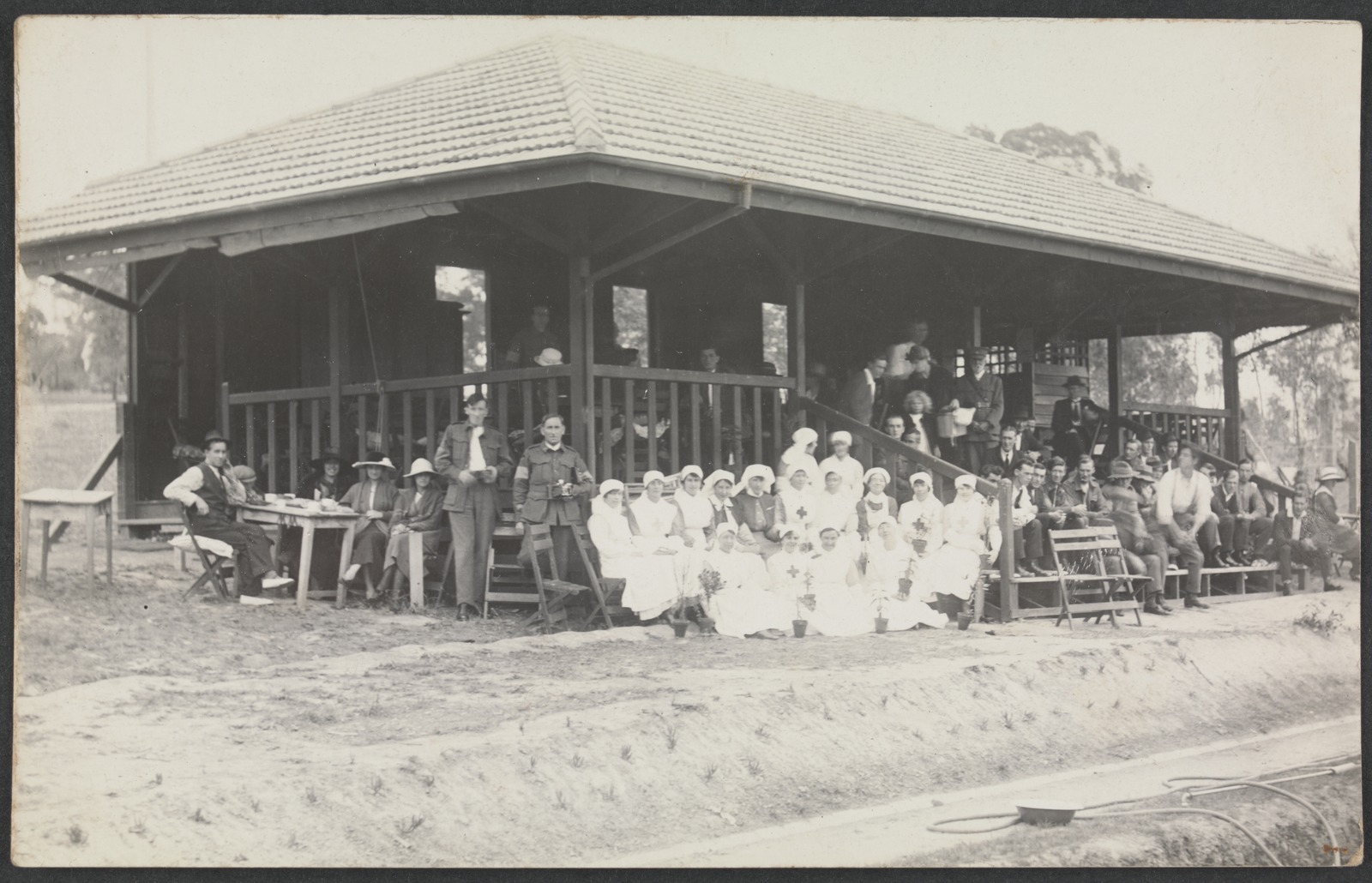 The first male patients arrived at Mont Park Hospital in 1912. The first female patients arrived in 1913. Military convalescents started to come in 1917 and in 1918 the ward was known as 16 Australian General Hospital. A tuberculosis camp was also established and was named No 1 Military Sanitorium Mont Park, 3rd Military District. This was the beginning of Mont Park Sanitorium and later years began two organisations Gresswell Rehabilitation Centre and Macleod Repatriation Hospital. During the 1930s more military patients were cared for and patients with infectious diseases were also admitted. An isolation ward was opened in 1936. Larundel was a ward at Mont Park in 1951 and in 1953 became a separate hospital. Plenty Hospital was established as a separate institution in 1963. From 1975 onwards treatment of mental illness changed to have the emphasis on rehabilitation programs to help patients be relocated into the community.

From 1886 to 1991 the criminally insane were held at J Ward of Ararat Lunatic Asylum, previously known as Ararat Prison. From 1840 until 1986 inquests were required for all persons who died in a government institution that cared for persons with a mental illness. See Inquests and Coronial Records at Public Records Office Victoria (PROV) for more information.

The language of mental health records

The language used in mental health records can be distressing or offensive. When using such resources it should be remembered that they are part of a record of the past; contemporary users should interpret the work within that context. The terms used to describe physical and mental health reflect the attitudes of the time and may not represent current day understandings.

State Library Victoria holds a variety of resources that can help you to understand the development, application and experience of mental health care in Victoria. Try searching the Library catalogue for the name of a facility of interest, which may return related photographs, manuscript papers, histories or first hand accounts of staff or patients. You can also try searching combinations of keywords such as 'Psychiatric hospitals', 'mental health', 'Victoria' and 'History' to find histories and firsthand accounts of the development of mental health care in Victoria.

Below is a selection of items to begin exploring:

Catherine : on Catherine Currie's diary, 1873-1908 by Ailsa McLeary with Tony Dingle. An analysis of, and extracts from Catherine's diaries. Catherine was admitted to Yarra Bend asylum in September 1881 but did not mention it in her diaries until January 1894. See extract below. Access the full diaries here. 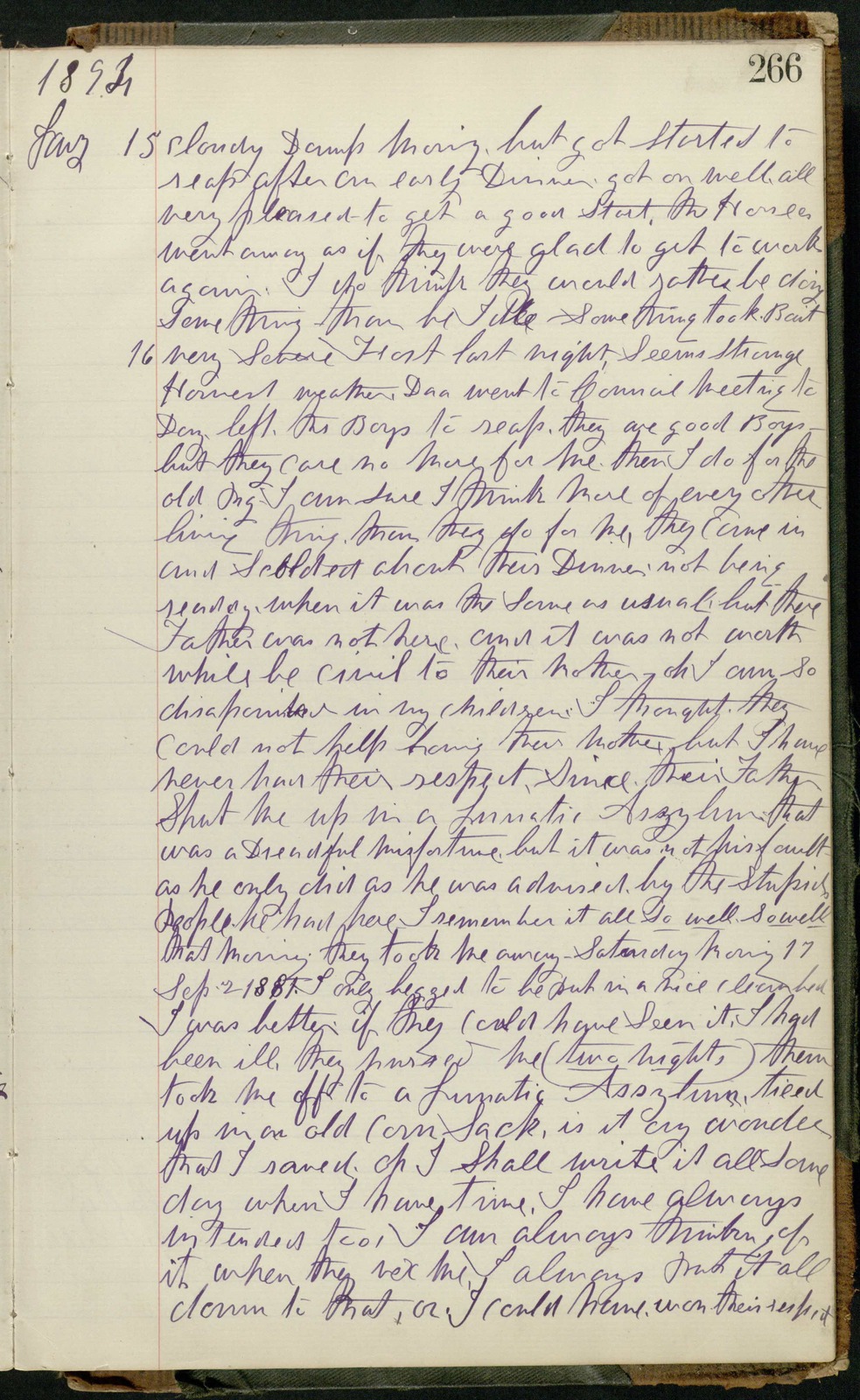 A difficult case : an autobiography of a Chinese miner on the central Victorian goldfields by Jong Ah Siug ; translated, annotated and historical introduction by Ruth Moore and John Tully. Jong Ah Siug was first in gaol in Maryborough, then in 1869 was send to Yarra Bend Asylum, and in 1879 was moved to Sunbury Asylum where he died in 1900. Jong Ah Siug wrote of his experience while in Yarra Bend Asylum. He thought he was wrongly incarcerated. Explore the diary in the library's blog, Book:Top and access the diary here.

Early Victorian psychiatry, 1835-1905 : an account of the care of the mentally ill in Victoria, from the time of the first settlement to the beginning of the present century by C.R.D. Brothers.

Maddest place on earth by Jill Giese. Winner of the Victorian Premier's History Award in 2018. This is a detailed account of colonial Victoria's quest to cure insanity. It focuses on Yarra Bend Lunatic Asylum and Kew Lunatic Asylum, following the story of a few patients, an undercover journalist and a doctor attempting to implement radical approaches.

Ellery, Reginald Spencer (Reg) (1897–1955), Psychiatrist and author. His biography was published in 1956, The cow jumped over the moon: private papers of a psychiatrist. Another publication is Schizophrenia: the Cinderella of psychiatry. As well as Ellery's published works the library holds his personal papers.

For a personal account of asylum life see Thomas Embling's diary from January 1852 to June 26 1852 while he was employed as the first resident medical officer at Yarra Bend Lunatic Asylum.

The vagabond as social reformer : inside Melbourne's asylums and hospitals / John Stanley James ; edited and introduced by Michael Cannon.

Glimpses of the past : Mont Park, Larundel, Plenty by Iliya Bircanin and Alex Short is a history of Mount Park Hospital, Larundel Hospital and Plenty Hospital.

Bye-bye Charlie : stories from the vanishing world of Kew Cottages by Corinne Manning. This publication is an interweave of a large collection of oral testimony with documentary evidence to record the history of an Australian institution for intellectually disabled people published in 2008.

Kew Cottages : the world of Dolly Stainer by Cliff Judge and Fran van Brummelen. A biography of a women with mental disabilities.

Also in the State Library Victoria collection there are records from organisations that have been involved in mental health care in Victoria and papers relating to Kew Cottages.

Papers relating to the history of the Kew Cottages, Kew, Victoria, 1929-1990. These papers include a transcript of interview with Dolly Stainer, a resident of the Cottages.