A guide to researching health and welfare records for family historians

How to find hospital records

Note that hospital records are generally closed for the approximate lifetime of a person, due to privacy embargoes. If you're the next of kin, you may be entitled to access the records, but you will need to make an application to the holding agency.

Finding hospital records can depend on a few things:

If you already know what hospital your ancestor was treated at, you are more likely to be able to find records.

If the hospital still exists, try contacting them directly to see what archives they hold.

If the hospital no longer operates, there are a few places where records can end up. They may have been transferred to another hospital (if the establishments are connected administratively or one succeeded the other). For example the Monash Medical Centre holds historical hospital records for the Queen Victoria Hospital, Prince Henry’s Hospital and Moorabbin Hospital, among others. If the hospital was run by the Victorian Government, records may have been transferred to the Public Record Office Victoria after the hospital was closed. Some records are held in collecting institutions like State Library Victoria or university archives.

If you do not know the name of the hospital, you may need to do some detective work. If your ancestor died in a hospital, this could be listed on a death certificate or in a newspaper notice. If you know what area they lived in, you could research what hospitals were operating nearby. You can find lists of hospitals in old directories or mentioned in newspapers. You could also try searching published hospital record indexes to see if you can find your ancestor.

Even if you do find records relating to your ancestor, it's unlikely that detailed hospital files on your ancestor have survived. You may find hospital admission and discharge forms that could tell you a small amount about their visit, or there may be surviving 'ward books' or 'case notes' that can contain more detail.

State Library Victoria holds a number of published indexes to, and copies of, Victorian hospital records. Among them is the Index to Victorian Goldfields hospitals' admissions on CD-ROM, which is a great resource if you had ancestors who spent time in the goldfields area. This index can be viewed in the Library's Newspapers and Family History Reading Rooms.

A variety of other indexes and record sets are available in the Library's collection or via free websites - see the below (non-exhaustive) list:

The Library holds some hospital records in the Australian Manuscripts Collection. These records can be found by searching the catalogue for hospital and confining the search to Manuscripts.

As with welfare records, hospital records held in the Library's collection are available subject to access restrictions and privacy embargoes, due to the personal nature of the contents. The item's catalogue record will contain further details about any access restrictions, and for further information you can contact the Library via the Ask a Librarian service.

Records held by other organisations

A variety of different sources can give insight as to what a hospital stay might have been like at a particular point in time. These resources could range from published histories of hospitals or patient memoirs through to hospital reports and historical images and so on.

You can search the Library catalogue for a hospital's name to find out what resources the Library holds relating to that institution.

You may find a variety of results, from photographs and architectural drawings through to histories and annual reports. You can refine your search by adding keywords such as 'history', or by changing the scope of the search to a particular format type such as 'Pictures and photographs'.

Many items, especially pictures and photographs, have been digitised and are freely available to view online but some you will need to request either via our catalogue or by giving us a call. The library catalogue for the item will let you know what to do. If you want to request an item you will need a Library member number. If you are not already a member you can register online. 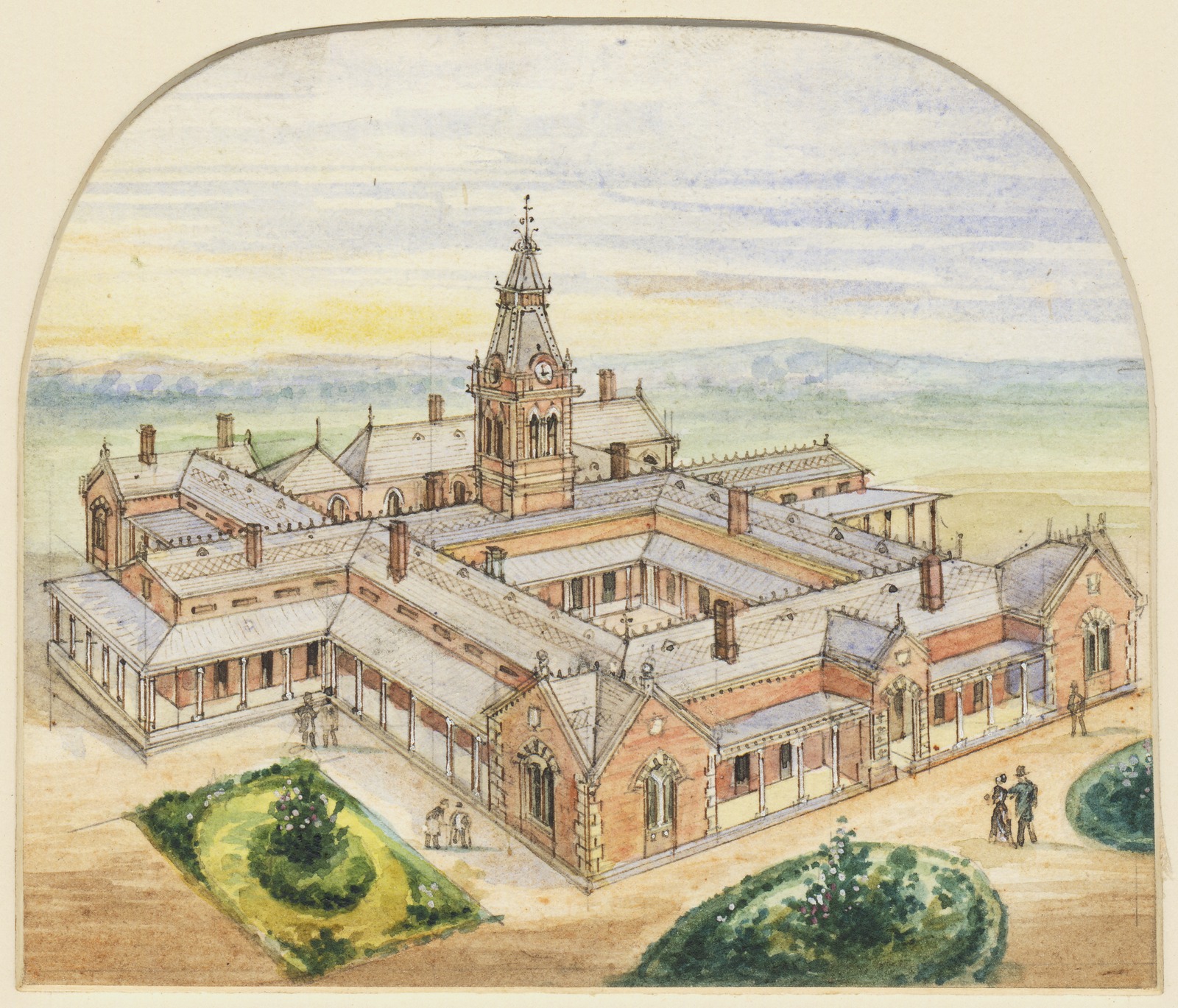