The Ashes urn is one of sports' most enduring symbols, representing cricket's most famous contest. The urn was on display in our exhibition until 23 February 2020. It is no longer on display. It has now returned to the Marylebone Cricket Club, Lords, London. 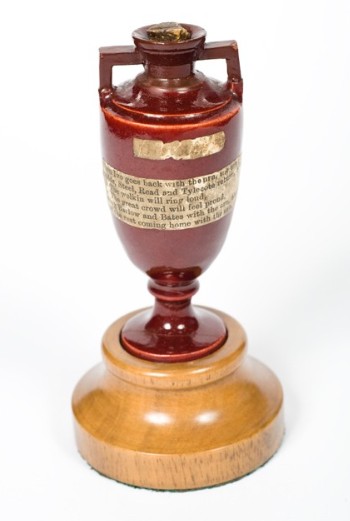 In 1882 Australia and England played a single test match at the Oval. England, chasing a paltry target of 85 for victory, were routed by Fred 'The Demon' Spofforth whose 7/44 followed 7/46 in the first innings.

The loss inspired several mock newspaper obituaries for English cricket.  One ended 'The body will be cremated and the ashes taken to Australia'.

Later in 1882 an English team led by Ivo Bligh came to Australia, with the Captain vowing to 'regain those revered ashes'.

Members of the English team spent Christmas as guests of Sir William and Lady Clarke at their mansion Rupertswood in Sunbury. Included in the entertainments was a light hearted cricket match. Afterwards, Janet Clarke presented Ivo Bligh with a perfume bottle containing the ashes of a bail.

The English cricketers may have become too relaxed in the jovial Christmas atmosphere of Rupertswood. Their team was soundly defeated in the first test, commencing at the MCG on 30 December.

Opening England's first innings, Ivo Bligh made a duck and followed up with a meagre 3 runs in the middle order in the second dig. In England's only innings during their victory in the second test, Ivo again didn't trouble the scorers.

By the third test Ivo found himself batting at number nine where he managed a few double figure scores.

After England won the second test Melbourne Punch included an image of Ivo Bligh that was captioned 'Ivo and the Ashes, paradise regained'.

In the same issue, Punch, probably inspired by the Sporting Times obituary, responded to the English victory in typically satirical style

The Hon. Ivo Bligh sat in his room at his hotel, thinking with pardonable pride and pleasure of the match just finished. A pleasant smile lighted up his handsome features as he recognized the fact that "the sacred ashes of English cricket" might yet be "pulled out of the fire," and borne in triumph home to England. It was a happy day dream for the popular young Englishman to speculate upon the probability that he might fulfill the mission which brought him and his muscular band to the other end of the world. (p.33 )

The test series went to England 2-1, but there was a fourth match played that was not included as part of the 'series'. Australia triumphed in that match.

The Ashes urn returned to England with Ivo Bligh and his new wife, Florence Morphy, (the former music teacher to the Clarke children at Rupertswood). Bligh became the Earl of Darnley in 1900, on the death of his elder brother.

The urn remained displayed on the mantelpiece of his country estate, Cobham Hall, until his death. His wife donated the Ashes urn to the Marylebone Cricket Club to be displayed at their headquarters at Lords Cricket Ground.

Pasted on the urn is a verse from a song published in Melbourne Punch on 1 February 1883:

There has been much discussion and debate about the exact sequence of events surrounding the Ashes urn. Even Ivo Bligh and his wife, the former Florence Morphy, gave contradictory accounts.

Some notable books that specifically consider the origin and history of the urn are:

Newspaper research can be very rewarding. Through the Library search a range of local and overseas newspapers

Our Library has an extensive collection of books and magazines on cricket. We also have a range of eBooks that can be accessed online.

Below are a number of searches that will help narrow your search. Because of the range of print items your search can be quite specific.

Using our article search to find full text articles through our catalogue. 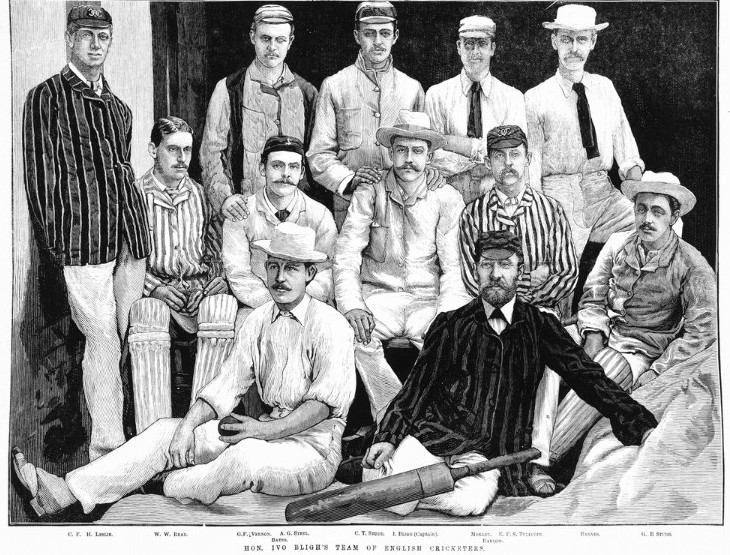 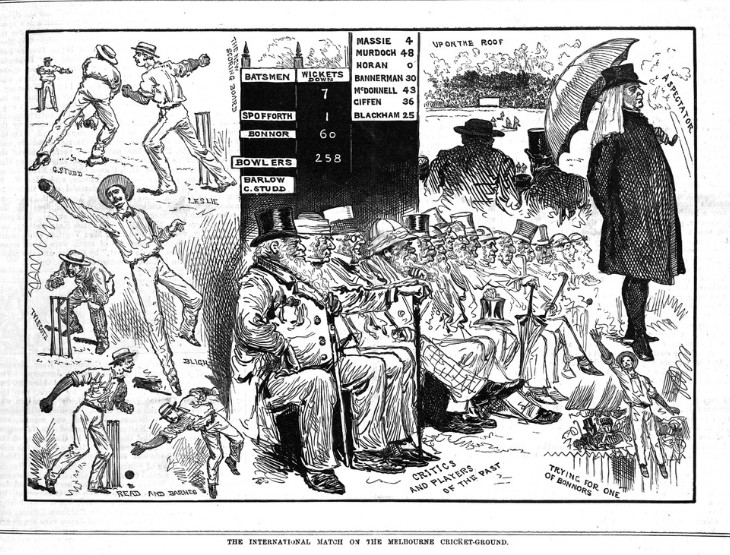 The international match on the Melbourne Cricket Ground A/S17/01/83/5 from the Australasian Sketcher 17 January 1883: p. 5  The scoreboard records the Australian first innings at the completion of the first day's play. 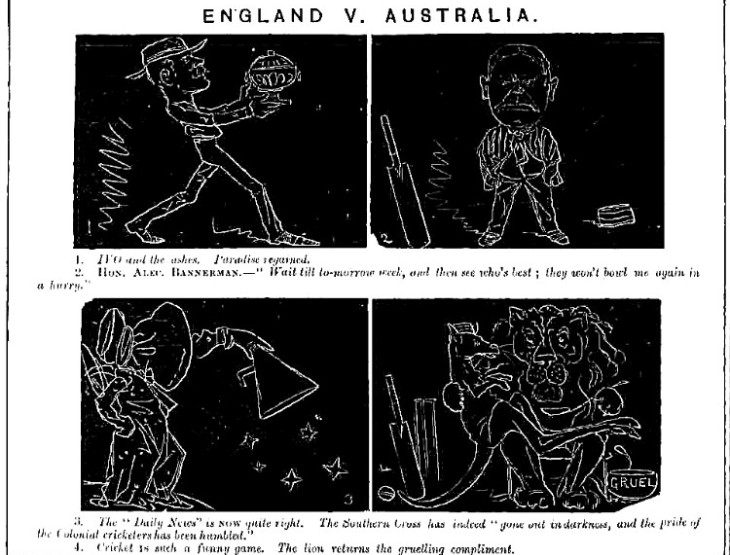 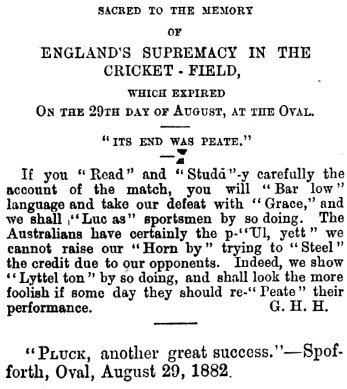 This obituary appeared in Cricket: a weekly record of the game on 31 August 1882 p.262. The paragraph beneath the obituary is a play on words using the names of the defeated English team 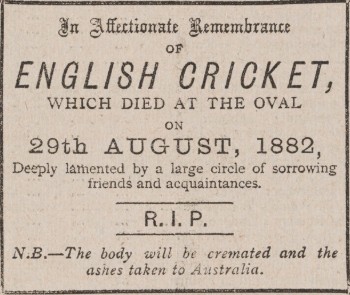 This more famous obituary inspired the concept of 'The Ashes'. It appeared in The Sporting Times,  2 September 1882 p.5

Cricket has inspired a vast body of writing, some considered the best of sporting writing.