William Clarke came from a family with vast farming interests in both Tasmania and Victoria. His first wife Mary died in 1871 and in 1873 he married Janet Snodgrass. On the death of his father in 1874 William Clarke's inheritance made him the largest landowner in Victoria. He and his wife lived lavishly, building a grand mansion, Rupertswood, at Sunbury. The Clarke's also gave generously to various charities.

The Clarke family connections to the Kelly gang armour come through Superintendent Francis Hare. In 1857 Hare had married Janet Clarke's widowed aunt. In 1870 Hare captured bushranger Harry Power (to whom a young Ned Kelly had been 'apprenticed').

The armour was initially displayed at Ruperswood until William Clarke became uneasy and put it in storage. That armour is currently thought to have belonged to Joe Byrne. The original armour of Ned Kelly is held at our Library.

In another neat connection, when Harry Power was eventually released from Pentridge he worked for a time on one of the Clarke's properties.

In 1892 Hare died at Rupertswood under the care of the Clarkes.

The identification of the Kelly armour has been quite a story in itself. These articles give insight into the research undertaken.

Letter written by Donald Sutherland to his parents in Caithness, Scotland

The Library holds a vast collection of books on Ned Kelly and the Kelly gang.

There are a large number of articles on Ned Kelly so it is best to include keywords relating to a specific aspect of his life. For example:

Ned Kelly has proved a fascinating if elusive character for film makers.  Some of the major attempts at capturing Ned on celluloid are:

This film, directed by Charles Tait, lays claim to being the first full-length narrative feature film produced anywhere in the world and is recognised as such by the UNESCO Memory of the World Register. The film has not survived in its entirety but fragments have been preserved by the Australian National Film & Sound Archive.

The film’s sympathetic portrayal of the bushrangers drew the ire of authorities who reportedly banned the film in the “Kelly country” of north eastern Victoria. Several years later, in April 1912, the film was banned in Melbourne.

The role of Ned Kelly was played by Bob Chitty, whose previous performances had all been on the football field. Chitty was an Australian Rules hard man who had captained of Carlton's 1945 premiership side. 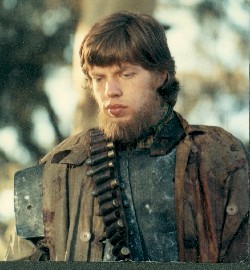 The reception for the film in Benalla, where numbers of Kelly descendants attended, was hostile. The reviews were unkind. "Puerile script, deplorable acting and stodgy direction", wrote the Sydney Sun reviewer

For his 1970 film, notable English director Tony Richardson cast Rolling Stones front man Mick Jagger in the lead role, much to the chagrin of locals. The film had a mixed reception.

Yet another take on the Kelly story, this time based on the Peter Carey novel. The film features a scene in the domed reading room at our Library 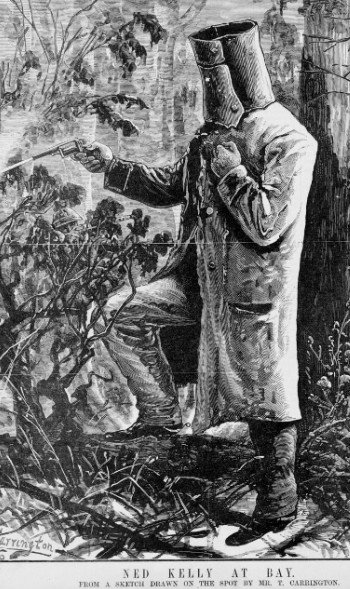 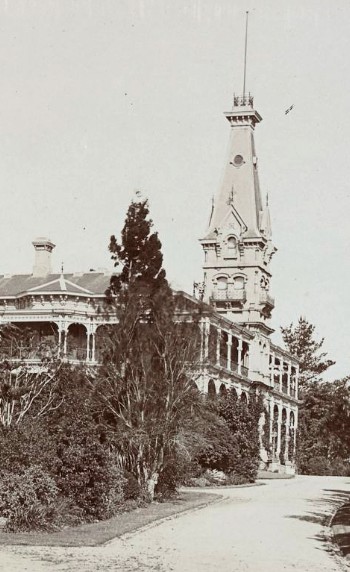