In 1880, the same year as Ned Kelly was hanged at Melbourne Gaol, Mac Robertson commenced the laudable pursuit of creating confectionary. From humble beginnings in the bathroom of his Fitzroy home, he built an empire. Amongst the notable products he introduced to Australia were fairy floss and chewing gum

Robertson was a generous man. Among his many philanthropic donations he provided substantial funds to the British, Australian and New Zealand Antarctic expeditions (1929 to 1931). Consequently a vast area in Antarctica  is named MacRobertson Land. During the Victorian centenary celebrations he provided the £15,000 prize money for a London to Melbourne air race (1934).

For more on Mac Robertson see CultureVictoria and the Australian Dictionary of Biography entry. 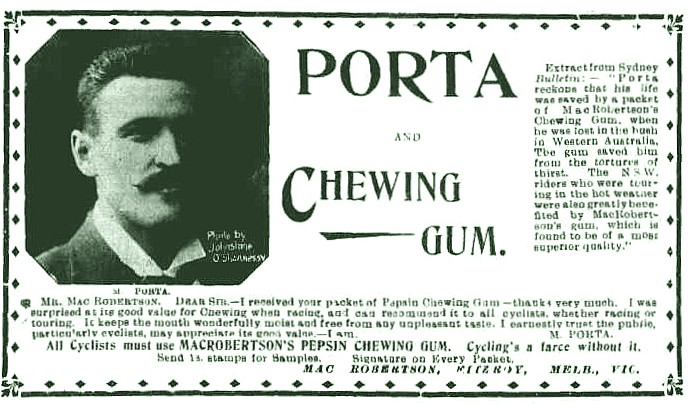 MacRobertson's chewing gum was much favoured by the cycling fraternity. Punch noted that C. O. Tebbutt, Australia's coming champion goes direct to MacRobertson's factory and selects his own brands of the chewing gum. "Cafe Clove," gum is his favourite. Tebbutt was a recent winner of the ANA Wheel Race

The London to Melbourne Air Race was an event that garnered international interest with contestants from Britain, USA, Europe, Australia and New Zealand.

Initially there were 64 entrants but by starting time only 20 aircraft took part. The race commenced from Mildenhall Aerodrome near London on 20 October 1934.

A de Havilland DH.88 Comet flown by English pilots Flight Lt. C. W. A. Scott and Captain Tom Campbell Black, was the first aircraft to arrive, having completed the trip in an hour short of three days. The finish line was at Flemington racecourse. The aeroplanes flew over the finish and then landed at Laverton.

On 31 October vast crowds cheered the contestants as they were paraded by car through the streets of Melbourne.

A grand trophy was presented to the winners.  During the War the trophy was donated to the Red Cross in Britain to be sold to raise funds.

A number of planes withdrew during the race. There was one tragedy when a Fairey Fox crashed in the Apennines in Italy. The pilots James Baines and Harold Gilman were both killed.

The last fliers to complete the race, also in a Fairey Fox, were Australians Ray Parer and Geoff Hemsworth. They had struck engine trouble within an hour of the start, and were forced to land in a field in France to make repairs.

Dogged by mechanical problems, and detained in Baghdad for two weeks awaiting a permit to cross Persia, they eventually flew over the Flemington race course 'virtual' finish line on 13 February 1935.

On landing at Essendon airport Parer drily noted: "We are a bit late."

Newspaper articles. The race was covered extensively both in Australia and overseas

The Dutch entrant, a KLM Douglas DC2 airliner, was nearing the finish when they encountered a fierce electrical storm.  The aeroplane was in serious trouble and the crew sent out an SOS.  Aware of the problem the Albury City Council took decisive action.

Municipal engineer Ferris enlisted the telegraphist Turner and from the power substation "through which power from Yallourn is reticulated" all "means of illumination" were switched on. Mr Turner flicked the electricity on and off to give the aeroplane the morse code message 'Albury'.

Many car owners in Albury drove to the racecourse and lit the straight with their car headlamps.  Miraculously the plane successfully landed on the boggy track. In the morning several hundred locals  hauled the plane clear of the mud.

To make take off easier, the load of mail being transported together with the three passengers and two crew alighted to travel to Melbourne by train. The pilots were able to take off and land in Melbourne to a hero's welcome.

The Dutch plane was placed second over all and first on handicap. The handicap race results took into account weight, horsepower, size and payload.

In December various dignitaries attended a ceremony to honour the assistance given by the people of Albury.

Unfortunately tragedy struck the plane before the year was out. Flying Christmas mail and passengers from the Netherlands to Batavia (now Jakarta), the plane crashed in the Iraqui desert near the Rutbah Wells (Ar-Rutba), killing the seven onboard.  The people of Albury offered to contribute to a memorial. 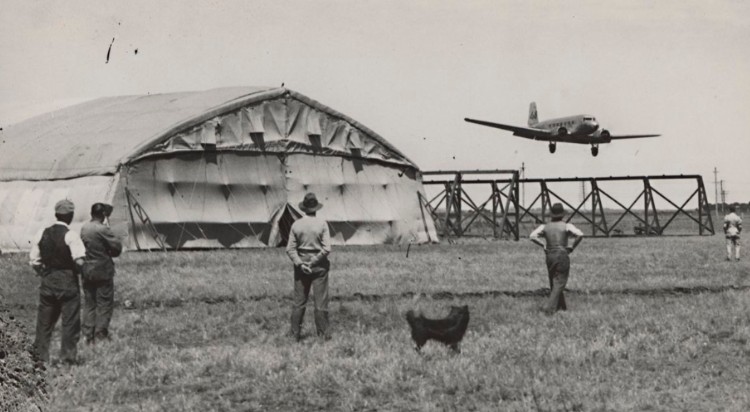 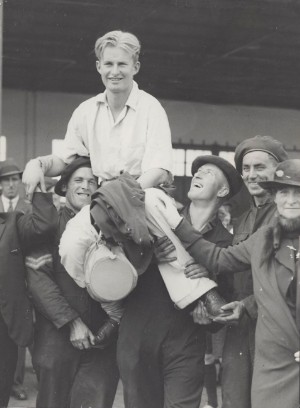 Australian Jimmy Melrose was the youngest pilot and the only solo flier to complete the race.

Melrose had qualified as a pilot at 19. By the time he was 21 he had set a record for a solo flight around Australia and followed up with a flight to England.

His youth, matinee idol looks and  courageous and adventurous spirit ensured that he was a crowd favourite.

Flying though was still a pioneering occupation and on 5 July 1936 Melrose was caught in treacherous conditions near Melton on a flight to Darwin.

The plane crashed and both Melrose and his passenger were killed. He was 23.

Some articles on Jimmy Melrose: 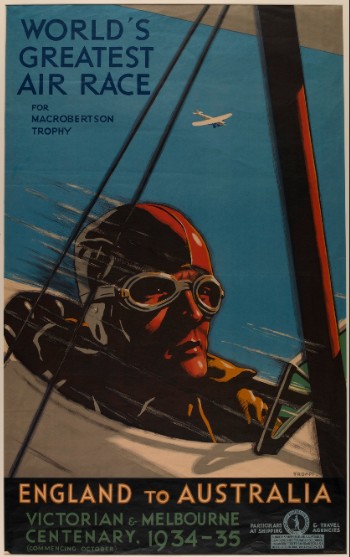 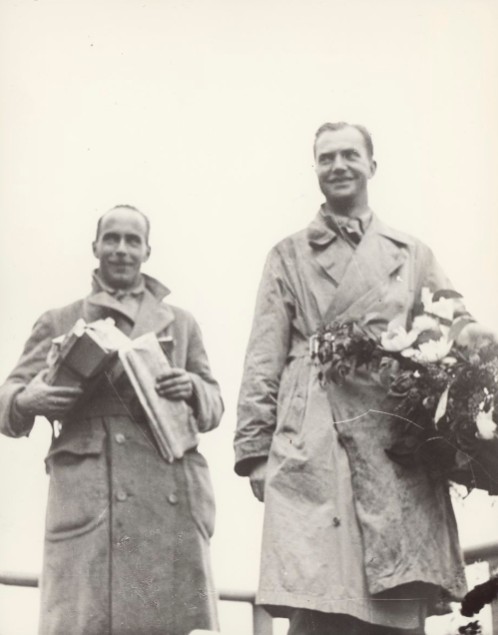 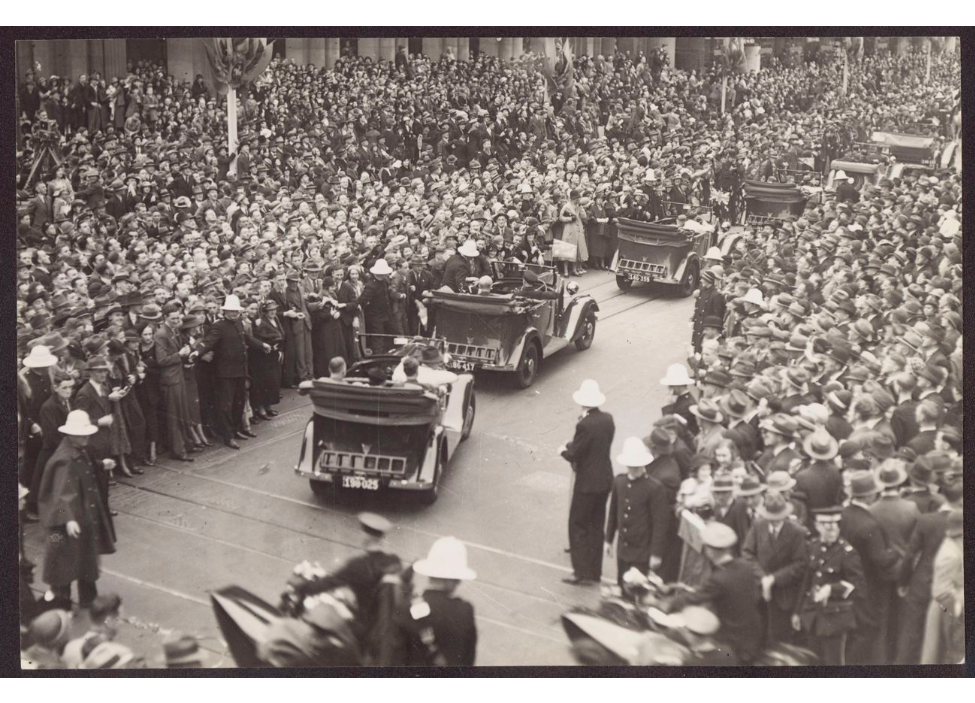 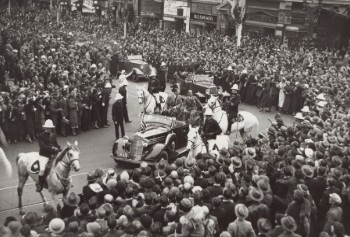 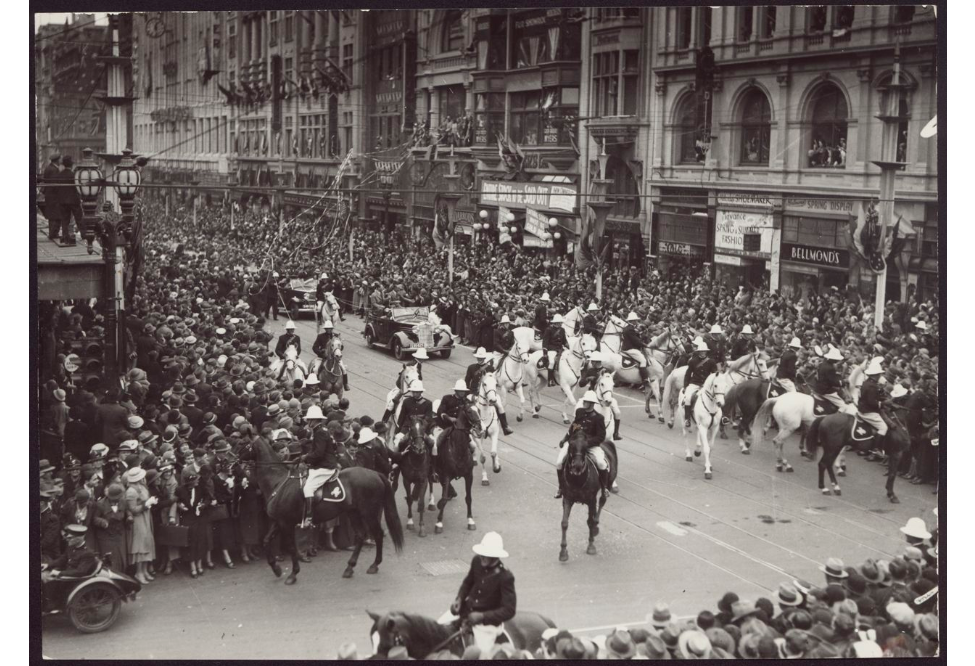 Turner had served with the US Army in World War 1 and later found himself in Hollywood working on Howard Hughes extravagant air warfare film, Hell's Angels.

His aircraft, a Boeing 247D loaned by United Airlines, was later donated to the Smithsonian National Air & Space Museum.

Unlike many fliers of the era, Roscoe survived numerous adventures, dying in his 75th year.

For more on his life see: 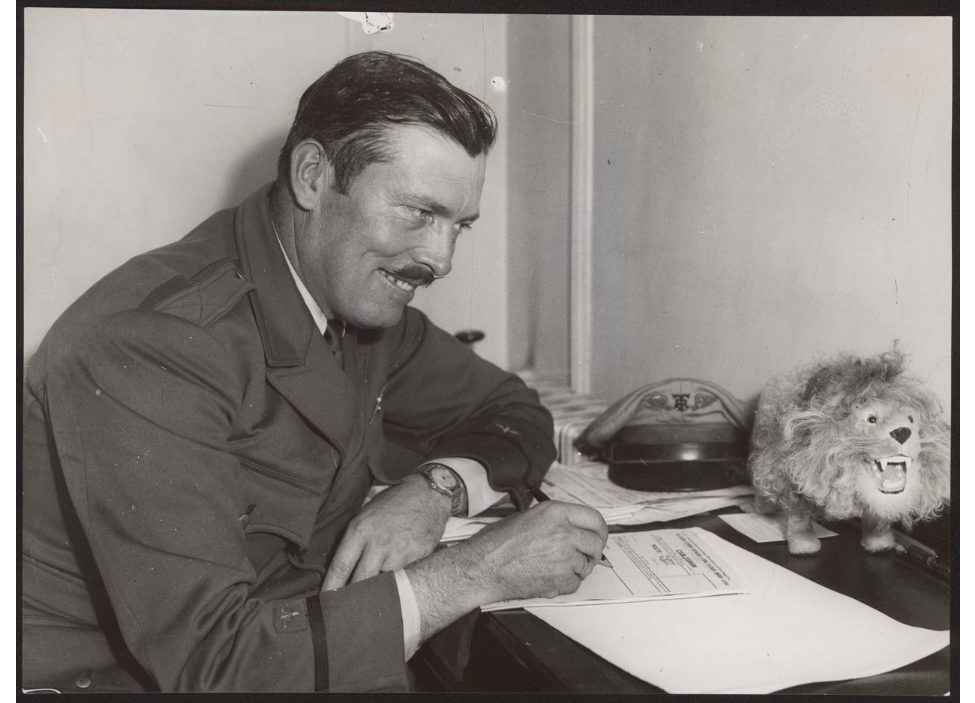 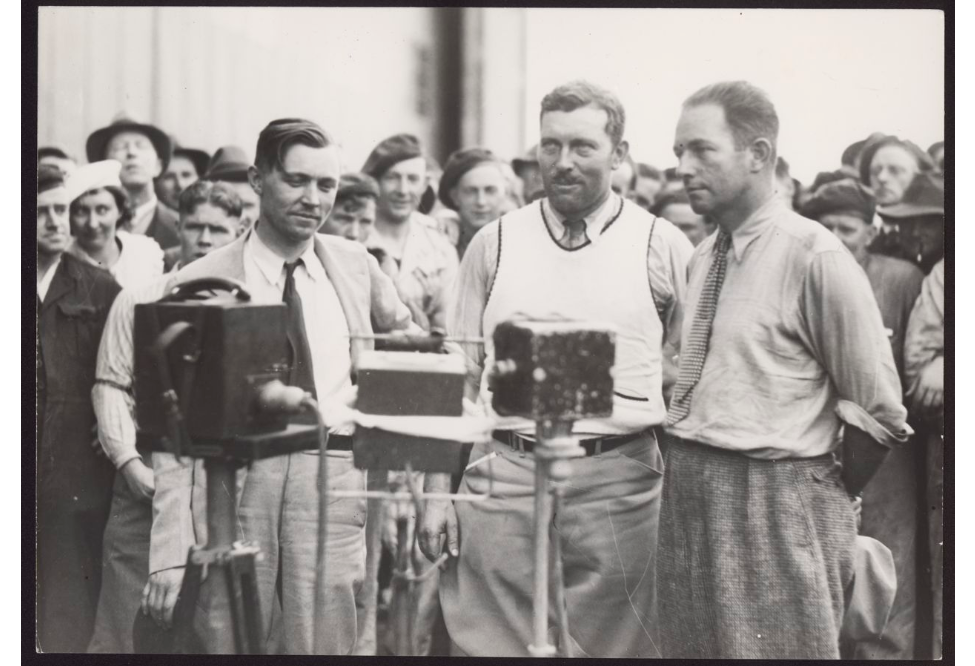 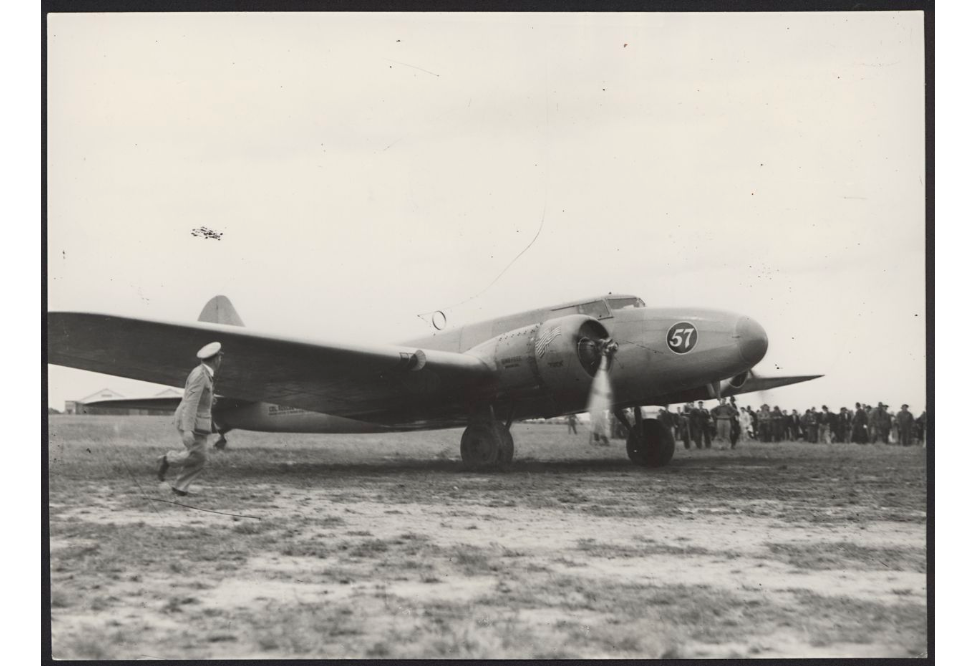