Land records are an excellent source of genealogical information. Records will show where and when your ancestors owned land, how much it cost and what was it used for.

Victorian land holdings can be divided into two categories.

Land under 'general law'
Land alienated by the Crown between 1837 and 2 October 1862. A general law title consisted of a chain of title deeds all of which had to be in place to enable a property to be transferred. General law land is also known as  NUA ‘Not under the Act’ land or ‘Old law’ land.

Land under the 'Torrens system'
The Torrens system was introduced in 1862 and simplified land transactions. Land was subject to registration under the Transfer of Land Act and land ownership was transferred through registration of title instead of using deeds.

Victorian land records are held at a number of repositories depending on the type of record and its age. The main two agencies that hold land records in Victoria are Land Victoria and the Public Record Office Victoria PROV.

Land Use Victoria is the Victorian Government's key agency for land administration, property information and facilitating better use of government-owned land.

Go to their Landata website to access resources on land titles, property information, valuation and maps - including digitised parish plans..

PROV holds a range of records that document the administration of Crown lands in Victoria, such as land selection and occupation, crown reserves, pastoral runs and survey records. PROV also holds a variety of records that provide valuable sources for research into property, such as rate books, Public Works Department Plans, Melbourne Metropolitan Board of Works records and Public Building Files.

Further information can be found on the PROV Certificates of title (1862-1996) webpage.

Researching land and property
This PROV information page outlines how to access some of the most frequently used series regarding land selection in Victoria, and other significant land records such as the Historic Plan Collection.

Parish and township plans record information about the transfer of land from the Crown (the Government) to private ownership or lease-hold. They show the boundaries and size of each piece of land, the allotment number and the name of the first owner or lease-holder to take possession of the land. Information listed on Township and Parish plans can often be used to find land selection files, held at the Public Record Office Victoria. Please be aware that the plans do NOT indicate the names of subsequent owners or lease-holders.

The following resources can help you locate the name of relevant township or parish.

The State Library of Victoria has an extensive collection of over 10,000 plans, many of which have been digitised. Simply search the Library catalogue for the name of the parish together with the keywords parish plan, to see if we hold a plan.

The Public Record Office Victoria (PROV) also holds an extensive collection of digitised parish plans. Information on their holdings can be found on their Parish and townships plans website. 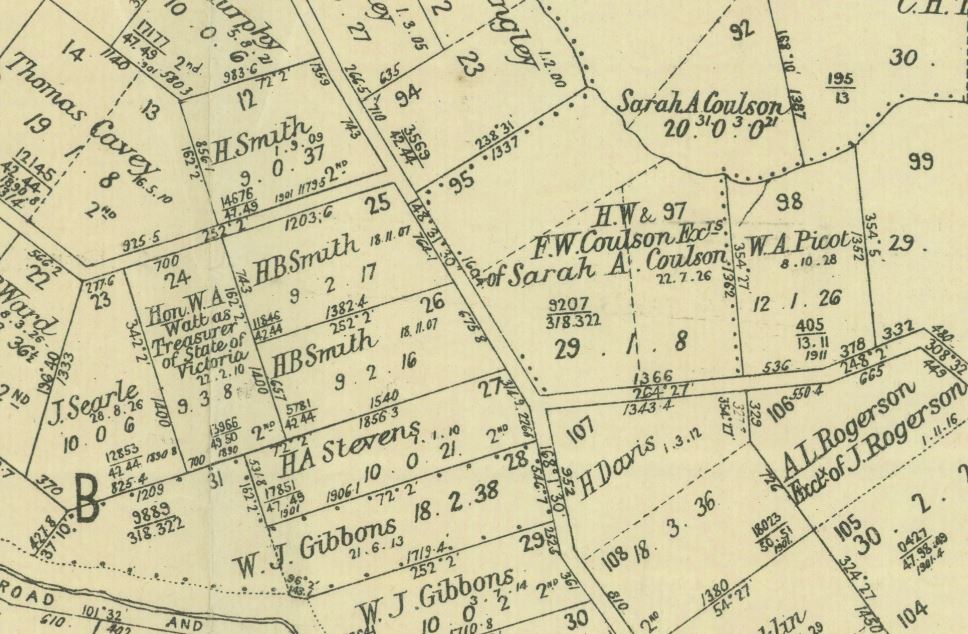 Excerpt from Map of part of Parish of Monbulk, 1929.

Further information on townships, parish and county plans can be found on our Maps for local and family history research guide.

For information on how to research the history of your house or a prominent Melbourne building using the Library’s collection of architectural drawings, maps and online resources, please go to our Researching buildings and houses guide.
For further details on historical maps, gazetteers, and township, parish and county plans see our Maps for local and family history research guide. 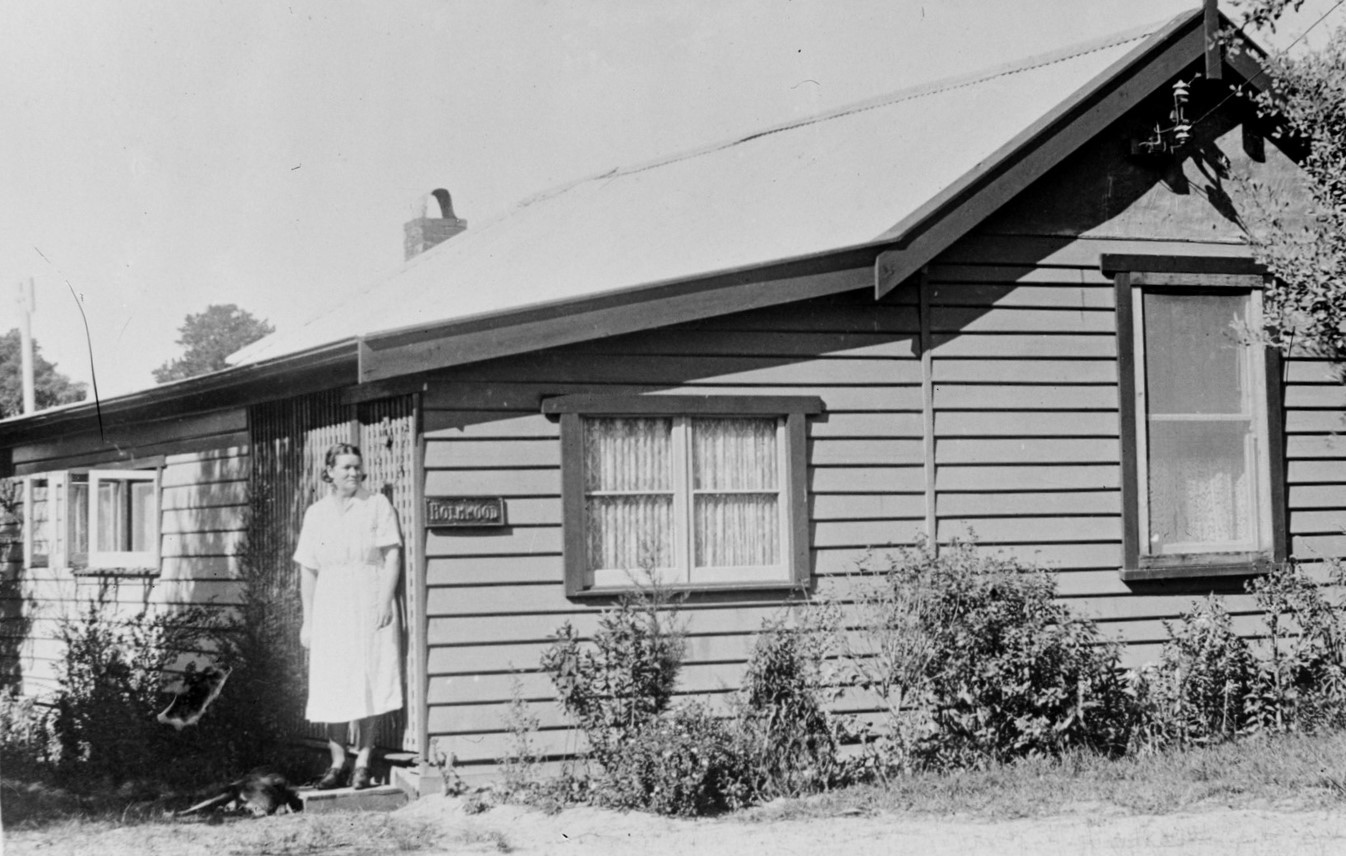 VICNAMES
Search the VICNAMES website to find all registered and recorded place names in Victoria. VICNAMES includes more than 200,000 road and place names including landscape features such as mountains and rivers, bounded localities such as suburbs, towns, cities and regions, and physical infrastructure such as roads, reserves and schools.

The Composite Gazetteer of Australia

The Composite Gazetteer of Australia is a collation of place names data from numerous state and territory databases. It includes a web based portal that makes it possible to search and download data.

The Victorian BDM Place Name Abbreviations List will help you to decipher many of the abbreviated place names that appear on the Index to the Victorian Registry of births, deaths and marriages.