The Encyclopedia of fable (1998) provides a timeline for the development of this genre, suggesting that the earliest fable was created by an anonymous Babylonian in 2300-2200 BC

The Library holds both reference resources, critiques and collections of fables for children

To find fables in the Library's catalogue you can use either the name of the individual fable or keywords such as Aesops or La Fontaine, then refine your result list using the links on the left hand side of your screen

This link to the online Encyclopedia.com supplies biographical information about Aesop, the anthropomorphism in his fables and additional reading

The rare book Æsop's fables with his life: in English, French and Latin (1687) contains 110 fables and plates and can be pre-ordered for use in the Library's Heritage Collection Reading Room

Some children's versions of Aesop's fables include:

Walter Crane illustrated The baby's own Aesop first published in 1887, is a selection of Aesop fables set to rhyme. This link takes you full text and illustrations online. The 1981 print facsimile is held by the Library

Aesop's fables, by Michael Rosen and illustrated by Talleen Hacikyan (2013)

Marie de France was a French poet famous for the fables she wrote during medieval times. Marie claimed her fables were simply translations but her work is described in Marie de France: fables (p. 3) as a 'lively and charming, wry and witty verse rendering of tales, some in the Aesopic tradition and some of which hers is the first recorded version.'

Sandra Hindman looks at gendered authorship in Marie de France's Fables in Women and the book: assessing the visual evidence (1996)

Jean de la Fontaine was a French poet best known for his collection of fables produced during the 17th century. Fables Choisies  was first published in 1668 and was largely adapted from the classical fabulists Aesop, Babrius and Phaedrus.

The 1776  four volume Fables choisies: mises en vers includes plates, and as a rare book must be pre-ordered for use in the Library's Heritage Collection Reading Room

Both English and French translations of over 100 fables are given in Jean de la Fontaine: the fables (1975)

The Library subscribes to a range of online literature databases available in the Library, and outside the Library if you are a Victorian registered user.

Examples of search strategies using this database are given here

'The fable and critical thinking' in Language Arts vol. 57.1, 1980 this article suggests fables can be used to enhance learning of special needs, gifted and talented children 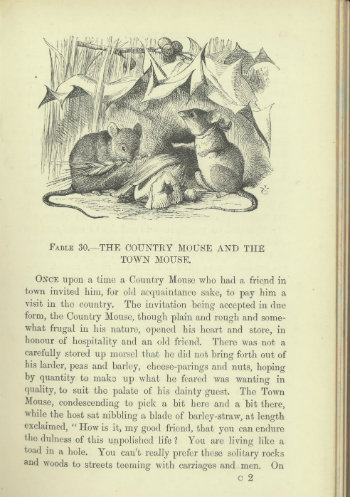 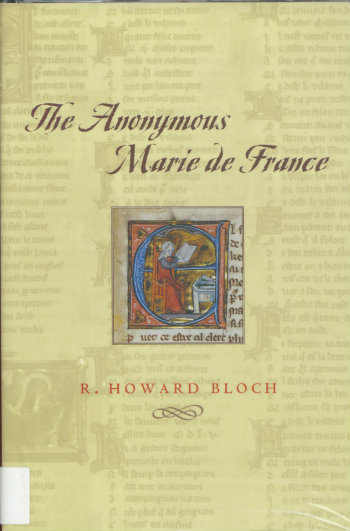 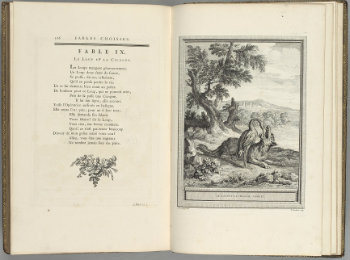 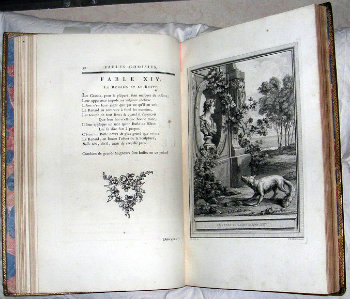