Works by travelers such as Henry Brinton and John Helder Wedge from the time of first contact place Aboriginal people in the landscape, in family groupings and as individuals, in conflict and often observing from the periphery, as well as with white settlers.

Posters produced by printers such as Breakdown Press, Red Letter Press, Another Planet and Redplanet combined artistic skill with political and social comment.  Aboriginal people in the contemporary pictorial record are represented by the the works of Leah King Smith and Vicki Couzens.

Portraits of Elders were commissioned by the Library and photographed by Angela Lynkushka.

Images from the Pictures Collection 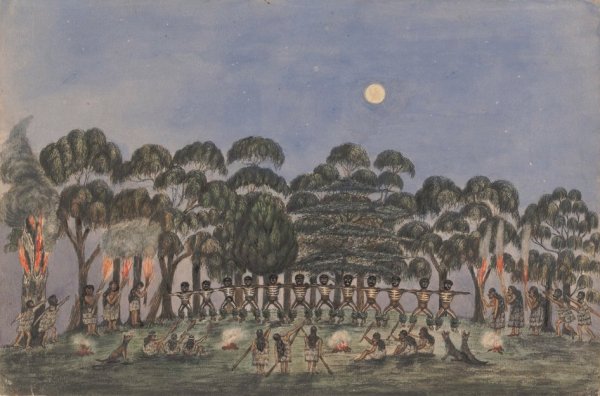 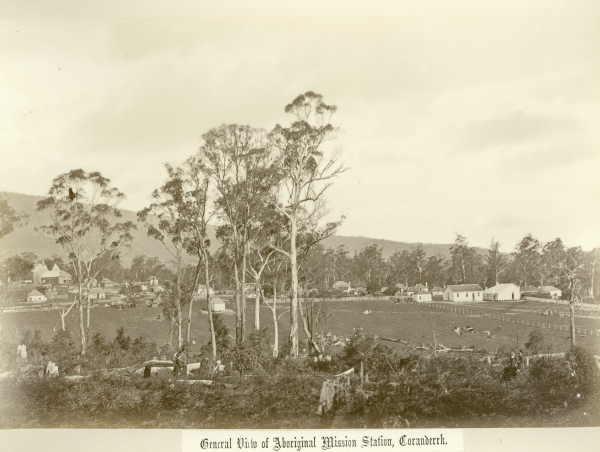 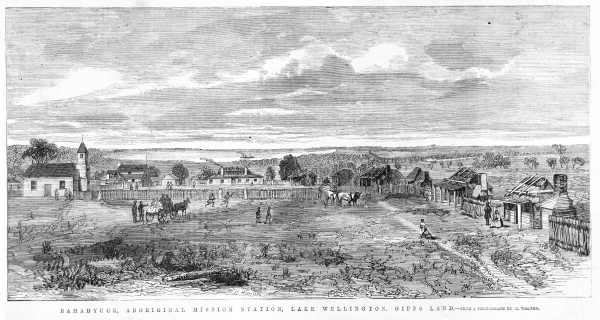 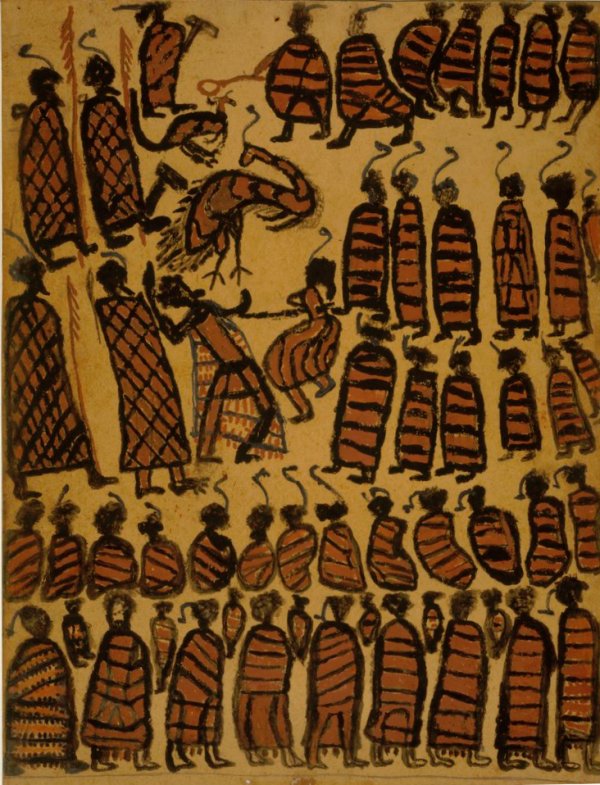 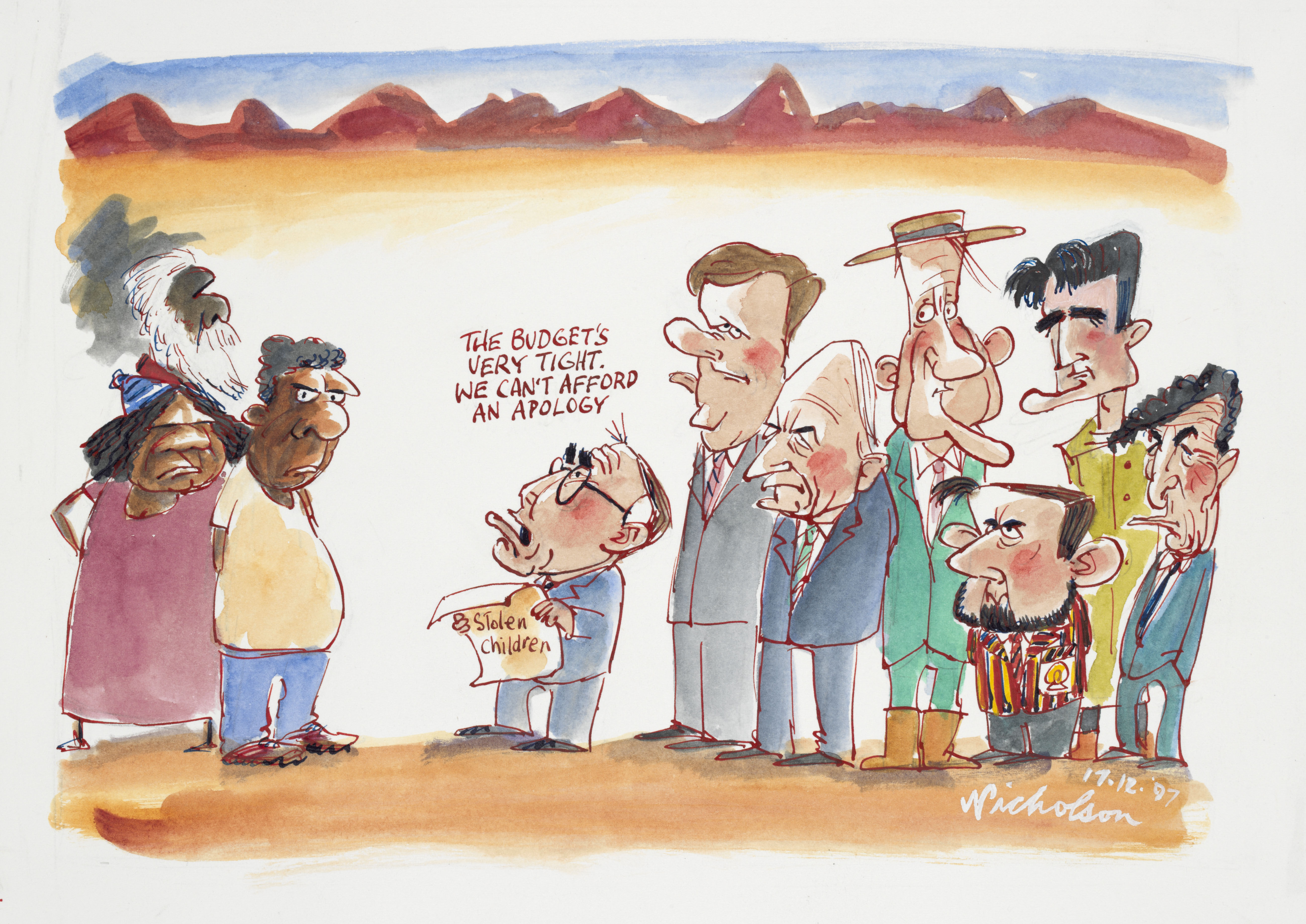 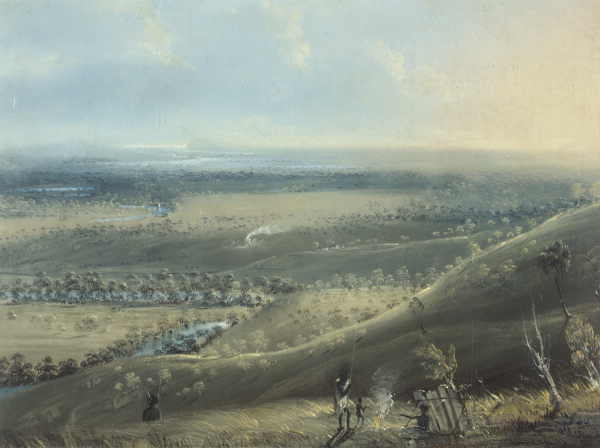 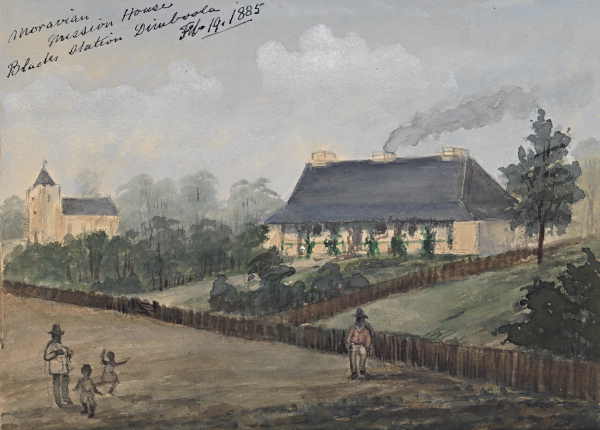 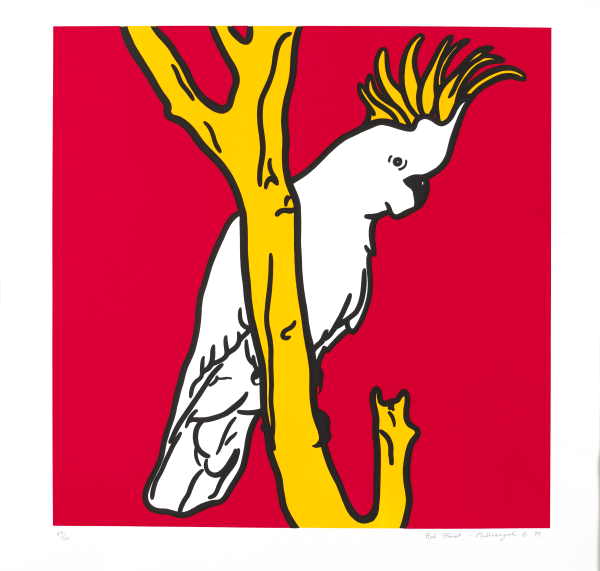