The education departments of each state and territory in Australia are responsible for setting school term dates for government schools. These dates are mandated across both primary and secondary public schools as well as kindergartens. Private schools are at liberty to set their own term dates, but generally follow a similar yearly calendar as government schools.

Some historical state school term dates are listed below. (Note: The earlier tabs are a work in progress). These were sourced from our Festivals and Public Holidays local history subject file (from the Australiana Index). These were also recorded in the Victoria education gazette and teachers' aid.

Our Library holds an extensive collection of school annuals and magazines. These may list term dates for a specific school in a particular year. To locate what journals we hold for which school do a simple keyword search with the name of the school and the term periodicals. For example St Kevins periodicals. Click the title of any record to see what issues we hold of any journal or annual in the results list.

Up until 1987 the Victorian school year was divided into three terms, ranging from 13 to 15 weeks each. Typically the school year would begin on the first Tuesday of February and end around December 19th.

In 1987 the Education Department introduced a four-term structure, acting on the advice of a Working Party for school reorganisation. In a 1984 report to the Acting Director-General of Education at the time, this Working Group suggested that a shift to four ten-week terms would be of benefit to students, teachers, and the community as a whole.

See Reorganisation of the school year : report to the Director-General of Education, July 1984. 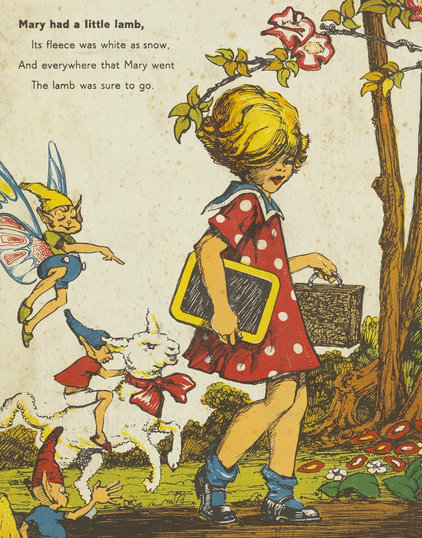 Detail from Lid of a cardboard box designed to hold children's wear, depicting a little girl walking to school with her slate and schoolbag.  H2011.131/240