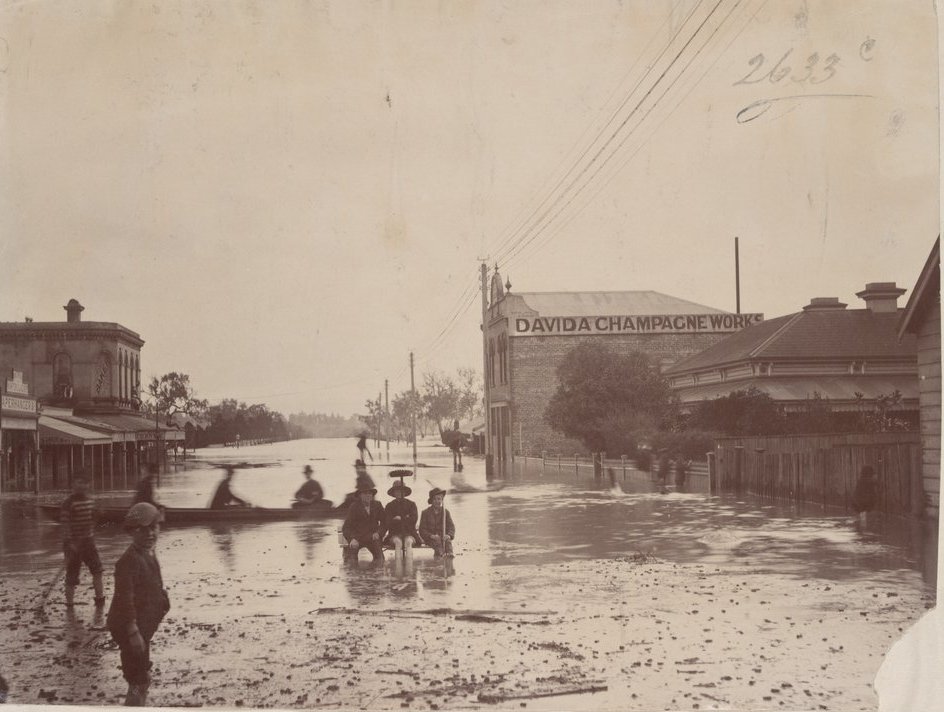 In recent year, floods have devastated many parts of Australia. Each state and territory government has a website devoted to the subject of flood and flood management. For example, there is Queensland’s government website on floods and New South Wales' Flood emergency website. The Commonwealth government has also set up a website to assist individuals and families with disaster recovery information. Flood Victoria is the Victorian government website that has information relating to agencies involved in the flood planning and management, including a history of floods in Victoria.

Between September 2010 and February 2011, parts of north, north-west and west Victoria were devastated by flood waters. A map showing the severity of flooding in the affected areas is also available at the website of Department of Sustainability and the Environment Victoria.

Neil Comrie's interim report into the 2010-2011 Flood warnings and response has been released with the final report released on 1 Dec 2011.

A Green Paper, to consider the legislative and policy framework governing emergency management within the state of Victoria, was released in September 2011.

The science behind floods, Geoscience Australia

Interactive maps, Department of Sustainability and the Environment

To search for information on floods in Victoria in our catalogue enter the words victoria flood. Similarly, resources on the interstate floods can be found by typing words such as queensland flood. The results will be a mix of different resources such as pictures, books, maps and manuscripts. Use the options on the left hand side of the page to narrow your search. You may, for example, wish to view the results for floodplain management or limit your search to picture resources.

For more specific searching, include the name of a relevant river system or area such as yarra flood or horsham flood.

To search our electronic databases for information, you will need to be a registered user of the library, with a Victorian address. This will give you remote access to a selection of databases. To access them, visit our access eresources from home page on our website and make a selection from multi-subject databases. Try any of these databases, particularly the Informit Core Collection. This includes subsets such as Agriculture and Natural Resources Index, Agriculture and Natural Resources Research Archive, Australia’s Natural Resources Database. Use keywords such as victoria* flood* if you want to limit articles to Victoria, or just search using the word flood* for many more results.

Other resources worth searching are listed under “multi-subject databases” and include Ebscohost, General OneFile and Proquest.

You can also access news articles from a remote location if you’re registered as a Victorian user with us. Visit our website at this page and select Newspapers. Proquest Australia and New Zealand Newsstand and Australia/New Zealand Reference Centre via Ebsco are 2 major newspaper databases that we subscribe to. These newspaper databases have content from major Australian newspapers such as The Australian, The Age, Herald Sun, Sydney Morning Herald, The Advertiser and Courier Mail.

Newstext & News Store
These are newspaper archives from News Corporation and Fairfax, publishers of many Australian newspaper titles. A small charge applies to viewing the full text of stories in Newstext while News Store provides free access.

Flood reports would have been published in major dailies and the digitized content from some historic Australian newspapers to 1954 is available from Trove.