Photographs and images of footballers, games and grounds will be found in newspapers, magazines, books and collections of original photographs, and art works including paintings, prints and cartoons. Our Library has a range of images relating to football

Our great game : the photographic history of Australian football edited by John Murray 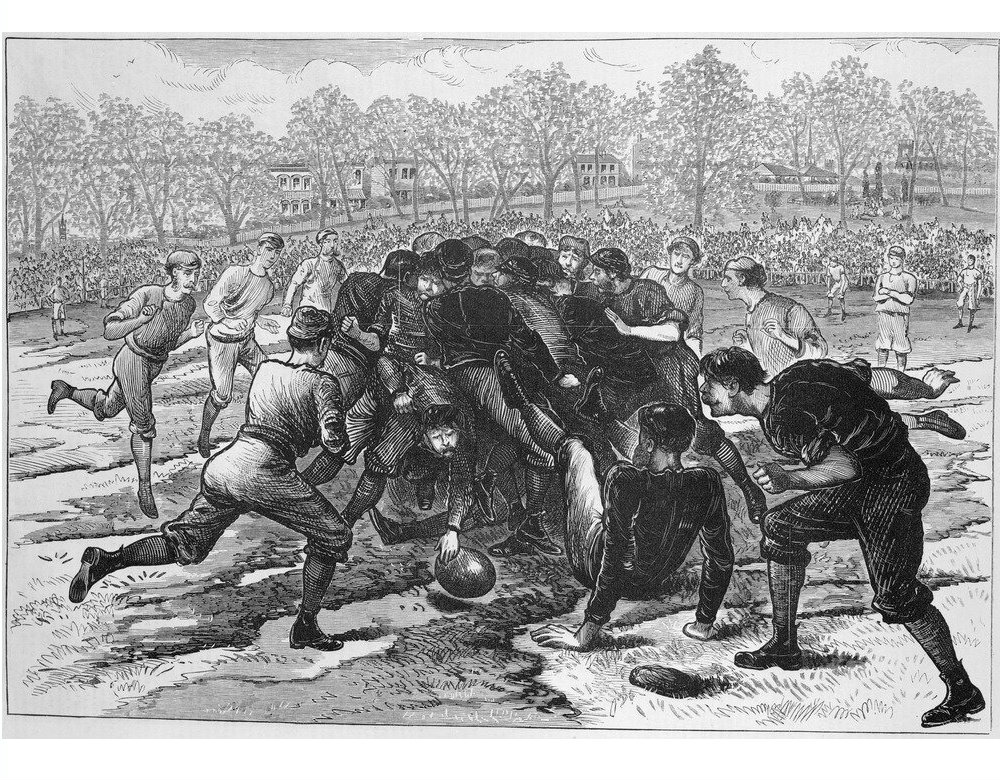 Even in 1875, 'contested ball' was crucial. This image was used in The Australasian Sketcher with Pen and Pencil 12 June 1875 p.41 and republished in Australian Town and Country Journal 30 June, 1877 p.20 to illustrate the Carlton versus NSW Waratahs intercolonial game. 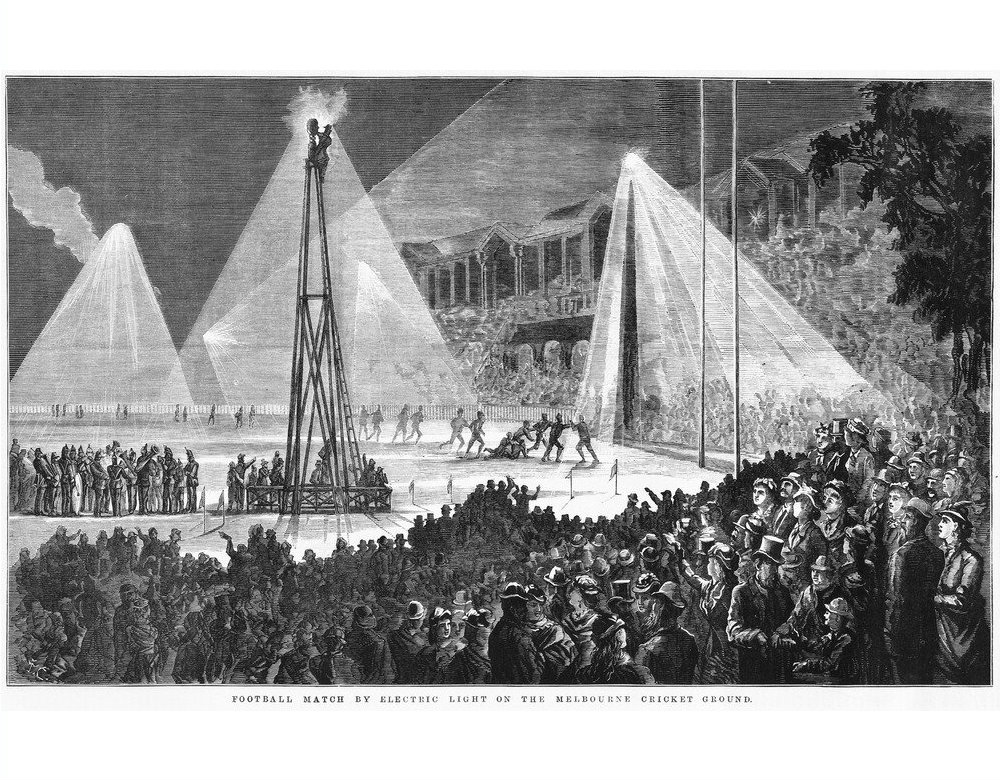 Match between East Melbourne Artillery and Collingwood Rifles. In the second half the men of the Rifles demanded a player count, suspecting their opponents had taken advantage of the gloom to sneak a few extra players on to the field. The game was stopped for the count, but the spectators thought the game was over and invaded the playing arena. The match had to be abandoned. 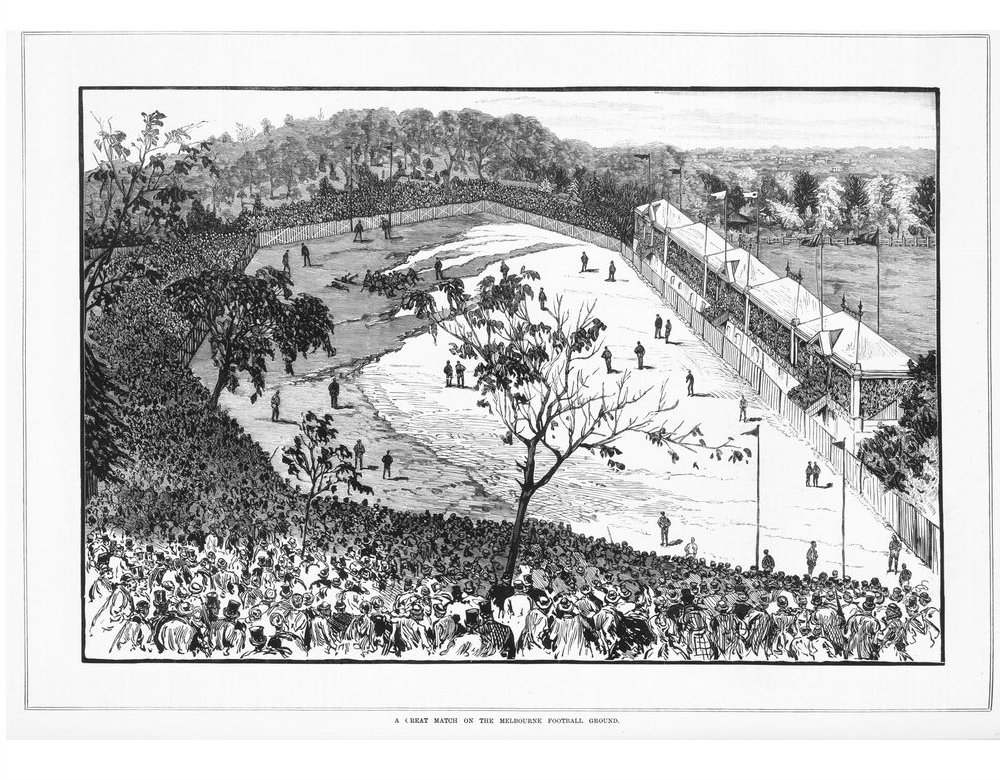 A brief accompanying article is in the Australasian Sketcher  27 August 1883 p. 3 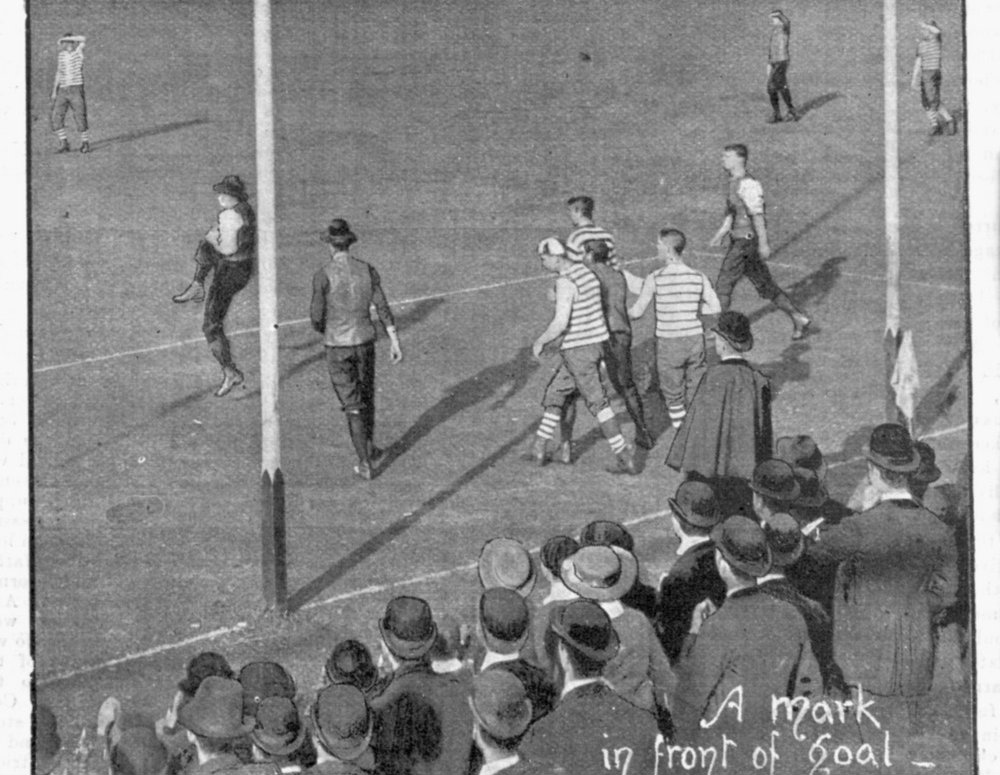 Images from the  season opener 4 May 1895 between Melbourne and South Melbourne at the MCG before a crowd of 8,000. Melbourne were victorious. See this report of the game from The Age 6 May 1895 p. 3 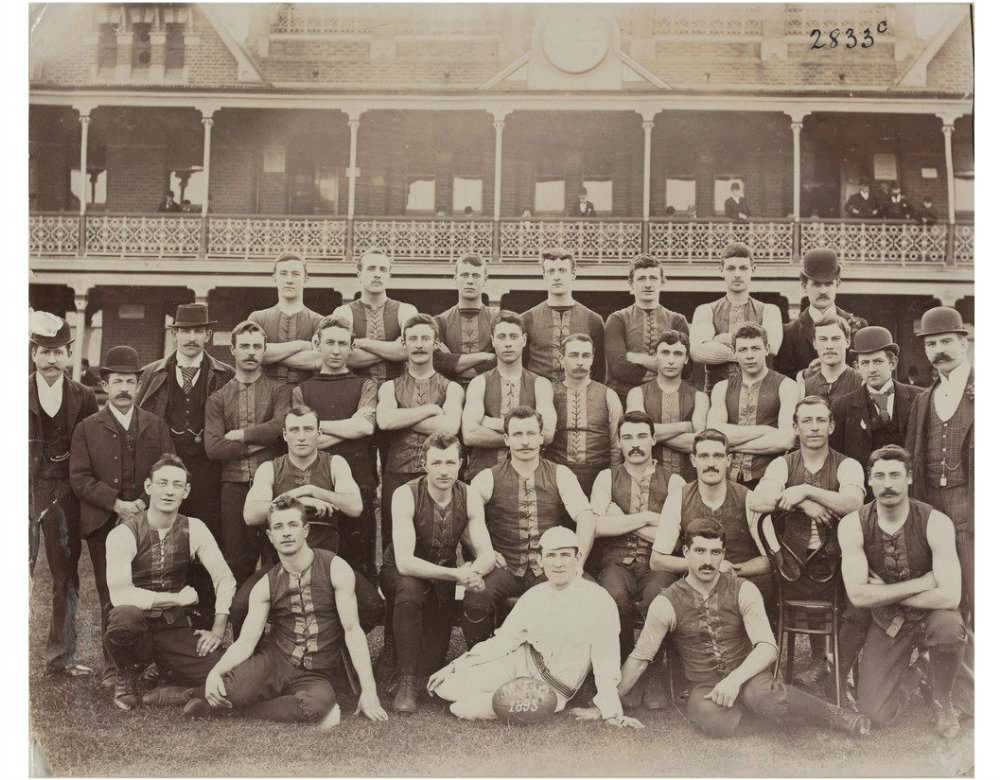 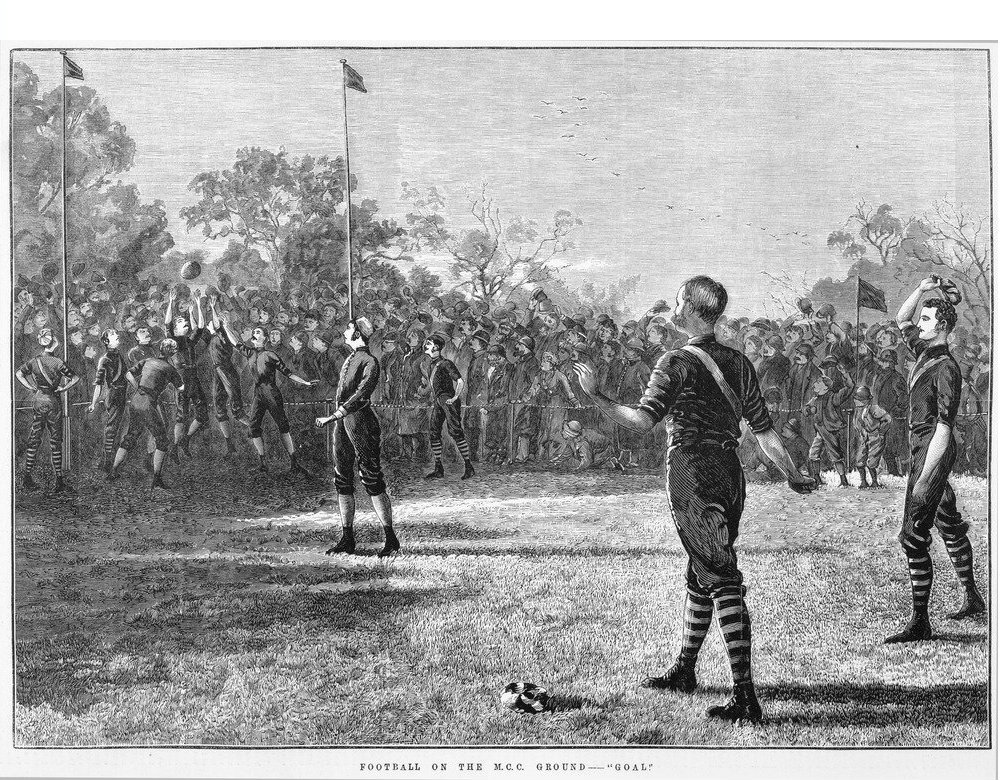 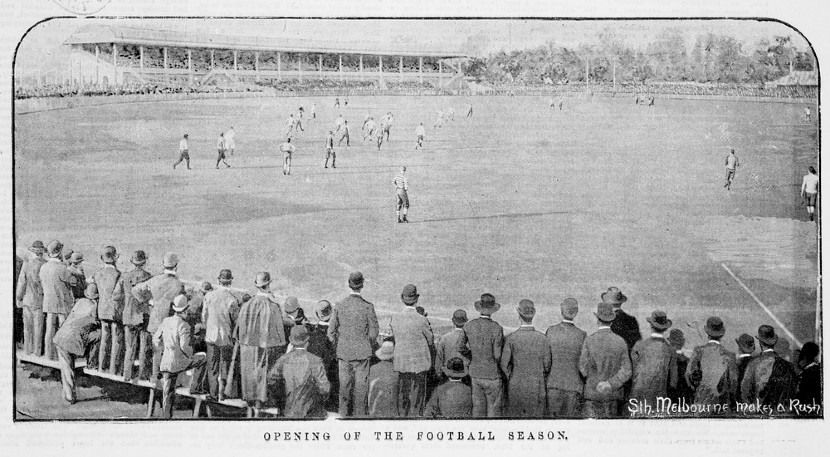 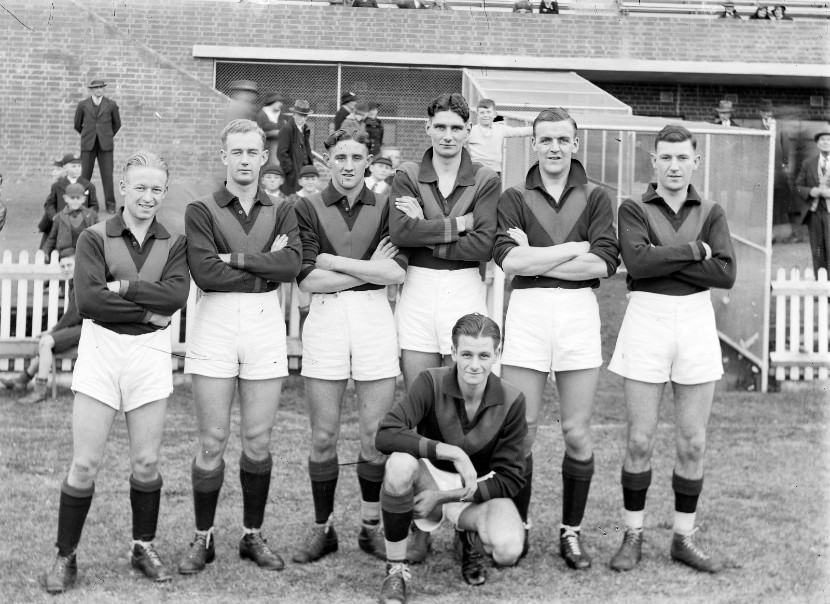 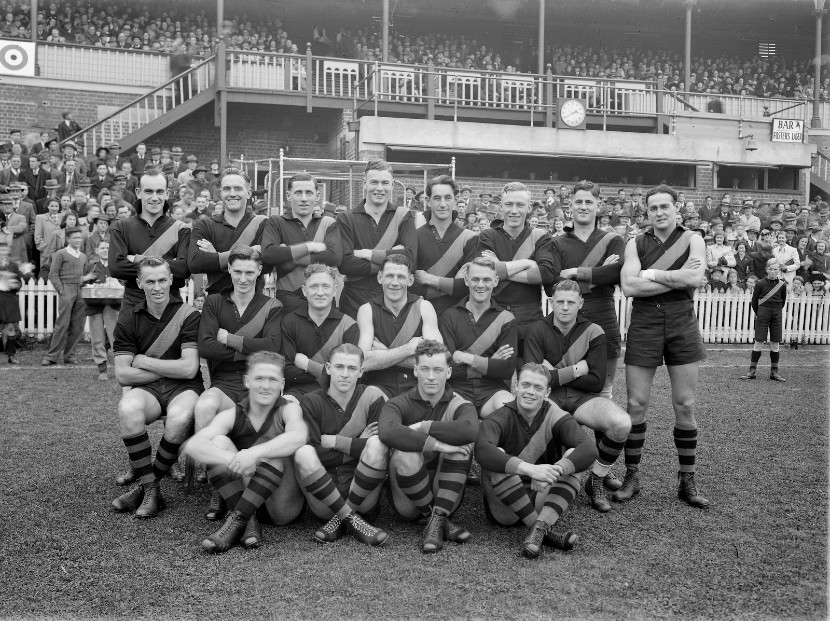 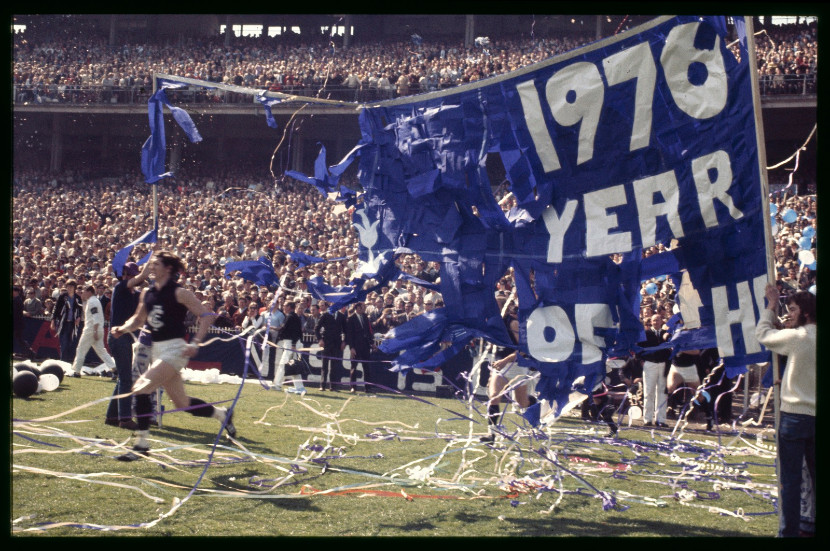 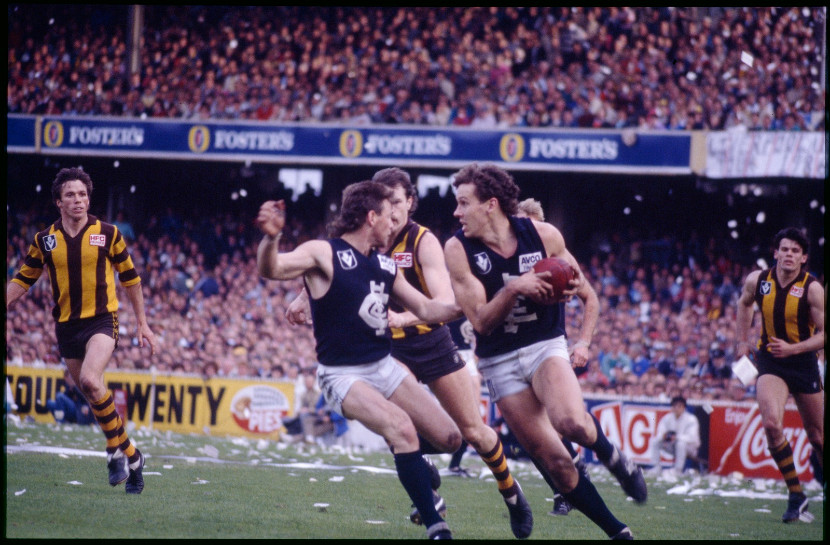 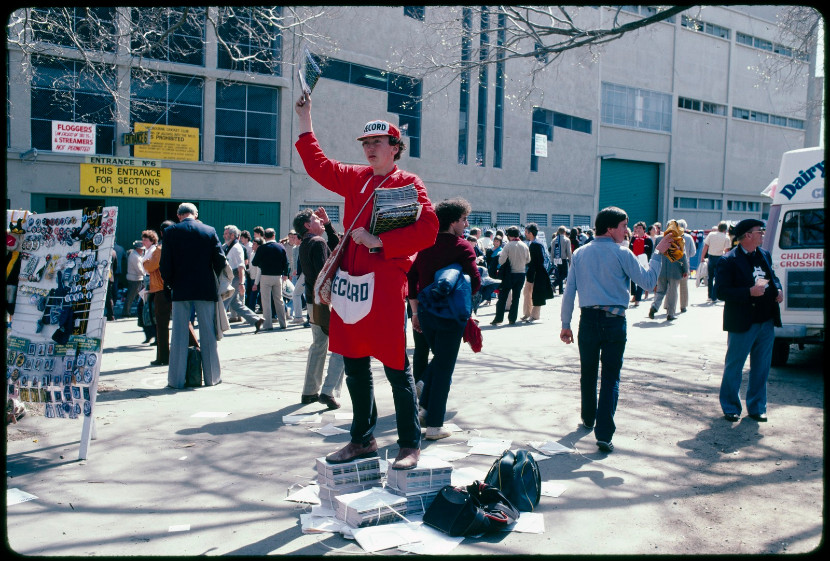 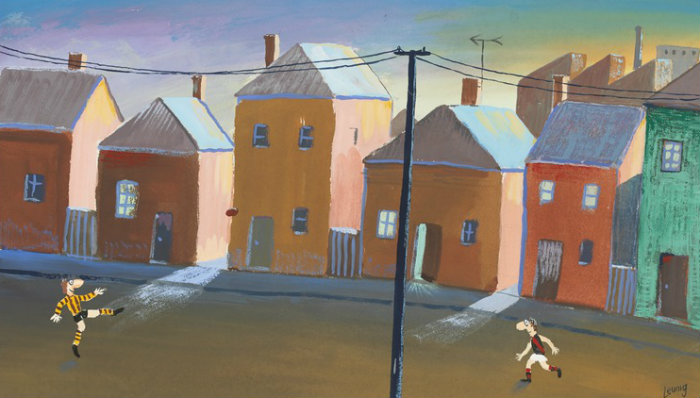 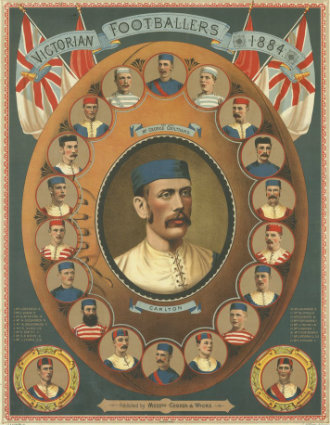 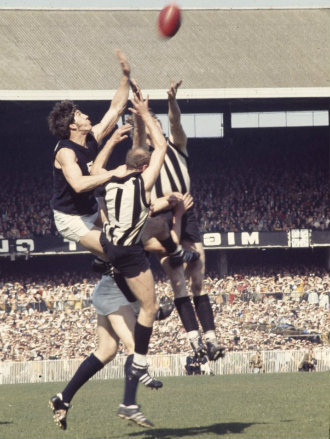 Big spoil by Vin Waite over Terry Waters. The 1970 Grand Final was possibly the most iconic of all games with Carlton coming back from 44 points down at half time to record a miraculous 10 point victory.