The development of the VFA, VFL, AFL, AFLW

In May 1877 the Victorian Football Association (VFA) was formed, joining the South Australian Football Association (established a few weeks earlier) amongst the oldest established football competitions in the world. In 1897 a number of the stronger VFA clubs formed the breakaway Victorian Football League which became the premier competition. The VFA, though remained, strong and viable for many years, still able to lure players from the VFL and gaining increased popularity through live telecasts on Channel 0/10 from 1967 to 1981.

The competition instigated two divisions and a relegation system in 1961. But by the 1980s the VFA couldn't compete with the ever increasing power of the VFL. In 1982 the VFL relocated the South Melbourne club to Sydney. In 1987 sides from Western Australia (West Coast Eagles) and Brisbane (Bears) were added to the competition. With the establishment of this national competition the VFA's days were numbered.

The VFL became the Australian Football League (AFL) in 1990 while the VFA was rebranded as the VFL in 1996 and most clubs became affiliated with AFL clubs, fielding AFL listed players and in effect replacing the old VFL reserves competition.  On 1 September 1996, foundation VFL club Fitzroy played their last game being forced into a one-sided 'merger' with the Brisbane Bears. The Bears were renamed as the Brisbane Lions and dominated the competition in the early years of the new century.

The AFL has gone from strength to strength as a national competition, expanded now to 18 teams with ten Victorian teams and two teams from each of the other mainland states. The only state unrepresented at AFL level, is, ironically, one of the strongest footballing states, Tasmania. In the current commercially oriented environment the small population is considered to make Tasmania non viable. Currently Hawthorn (Launceston) and North Melbourne (Hobart) play several 'home' games in Tasmania.

The former under 19 competition was discontinued in 1991 and has been in effect replaced by an elite under 18 competition, with no affiliation to specific clubs. Clubs draft most of their new talent from this competition.

Women have always been keen supporters of football, however it is only relatively recently that women's football teams have been able to compete in organised leagues. Social women's football matches took place from the early days of last century. These matches were not without controversy.

A women's football match was played at the St Kilda Charity Carnival in August 1921.

In August 1933 women's teams representing Carlton and Richmond took the field at Princes Park before 10,000 spectators.

It was not until 1981 that the first organised league (the Victorian Women's Football League) was established. Interest and participation in the women's game increased progressively. In 2010 the AFL began investigating the viability of a women's league.

The Australian Football League Women's competition commenced on 3 February 2017 with the inaugural match between Carlton and Collingwood attracting a capacity crowd of 24,568. The Blues won that game. 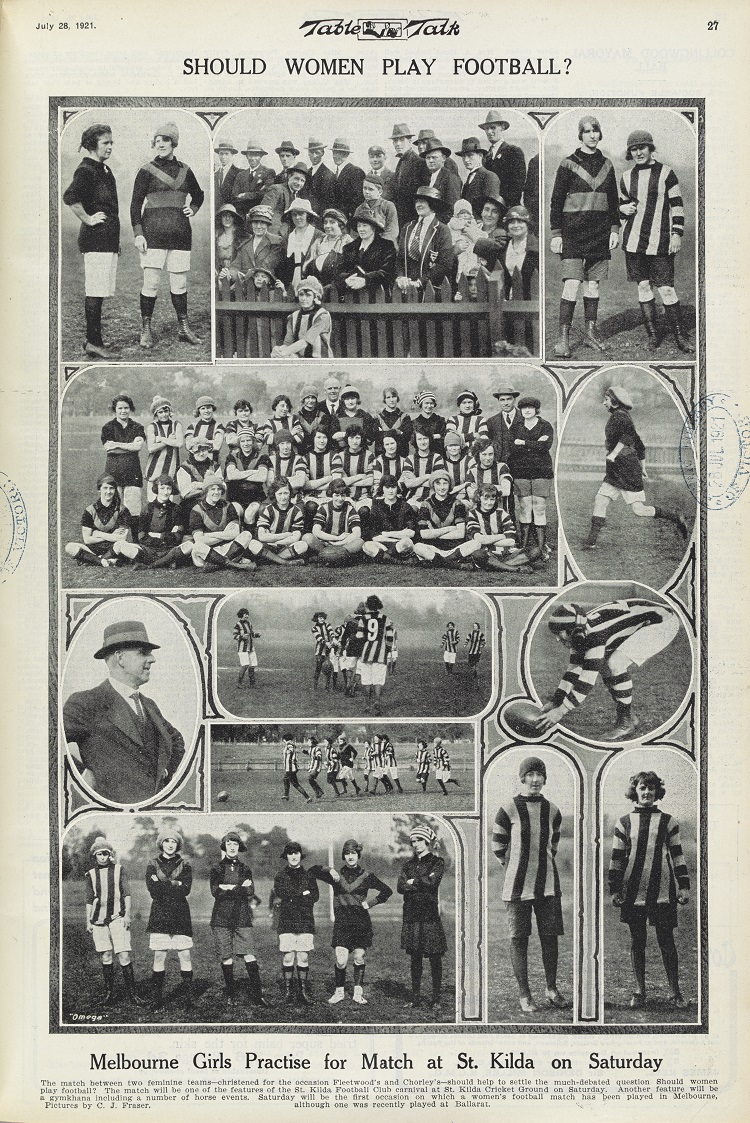 Search the Historic Australian newspapers (Trove) (1803–1954) using keywords or browse through specific newspapers on Mondays to see results of various Leagues. Trove includes a wide range of regional newspapers which wil pick up smaller leagues in those areas. 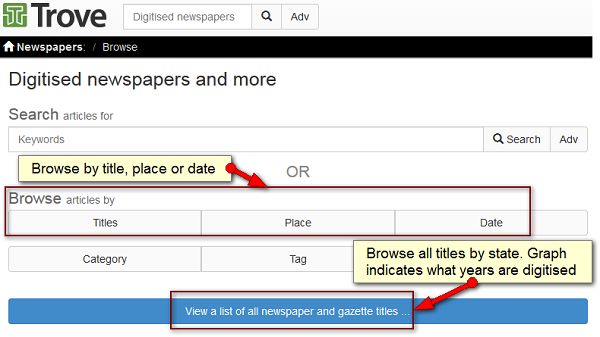 Trove also offers the option of creating a user name. This enables you to create lists and add comments. Users can also transcribe text to improve the accuracy of searching the Trove Historic newspapers. The Lists option appears after you do a search.

Lists and tags can be a good way of finding items previously identified by another patron.

The Canberra Times is available on Trove up to 1995 and will include reports on major football leagues and local ACT competitions.

Very strong football leagues existed in South Australia and Western Australia. They have been compromised  by the advent of the national competition.

Tasmania is also a strong football state but has, at various times, had three different state leagues - southern, northern and north western.

Melbourne has a vibrant amateur competition with a number of divisions - the Victorian Amateur Football Association (VAFA). There are also a number of strong suburban leagues.

Country Victoria has always had a great football tradition that continues, although the drift of young people to the cities and the loss of many local services and businesses has led to many amalgamations of smaller clubs and smaller leagues.

The Football Record for a single game each week in the AFL/ VFL competition from 1912 to current has been digitised and is available online.

The content of the Football Record for each match in each round is the same, however match and team details will only be for one game each round. 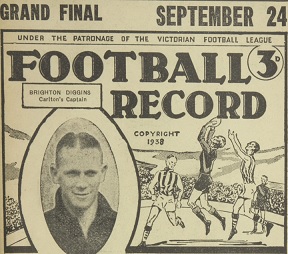 The Library holds print copies of some weekly football records for other leagues, but these holdings are quite limited.

Search our catalogue under the name of a specific league or club to see if we hold a history.  To broaden your search use Trove. This searches holdings of books at libraries around Australia.

Not all libraries add their records to Trove so it is not completely comprehensive but it does cover most holdings of most libraries.

A number of competitions will have had histories written about them. Search our catalogue using the name of the competition to see if there is a history available. To broaden the scope of the search, use the Trove database which lists holdings of most libraries.

It is difficult to browse for league histories as any broader search for "football league history" will be dominated by the AFL/VFL.

Most leagues have websites and Facebook pages. These can vary greatly in quality but often there will be a history of the league on the site. Also many leagues have Wikipedia pages.

The information from these websites and web pages, even if it is not comprehensive, can give some clues about particular dates or events that can be further researched through newspapers. 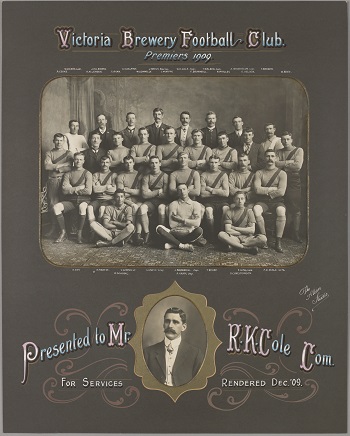 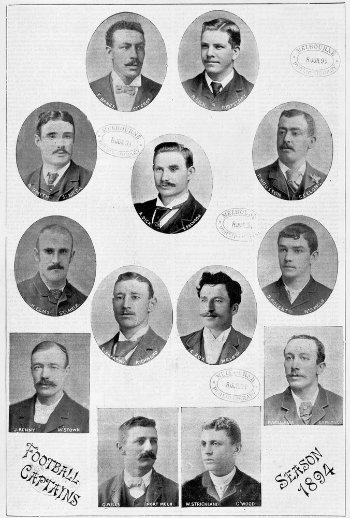