Our Library holds a large collection of maps that cover all areas of Victoria across various years. These can be useful for locating the local football ovals at particular times. See our guide Maps for local history for more information on locating and accessing maps.

It is important to be aware that most areas were only surveyed once.

All of the MMBW detail plans in our collection have been scanned and are available via the online catalogue, but be aware that although we have close to 3,000 plans, we do not hold every plan in the series.

Google maps is an effective tool for locating and viewing football grounds across Victoria, and Australia. Using the street view or satellite option allows you to view the ground.  See this example of the Tyntynder Bulldogs home ground on street view and satellite. To access street view from the Google map view, drag the little yellow figure at bottom right of the screen to required location.

When searching for images for specific football grounds enter the name or location of the ground and narrow your search to 'pictures'. See example below 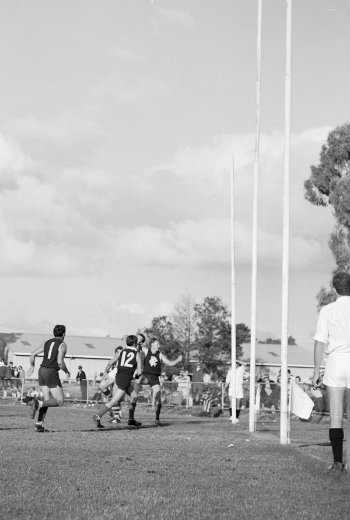